The event was held at the Sykeside Country House Hotel and was a ‘Lancashire’ themed evening, filled with fun, food and friendship.

The event was organised as both a Friendship Evening and a fundraiser, hence as well as the members of SI Rossendale, our guests on the night included members from other local clubs and SIGBI President, Sue Biggs.

Entertainment was put on by Shirley & Ron, who held a sing-along session of Lancashire songs, which everyone thoroughly enjoyed and it certainly gave our singing voices an airing! 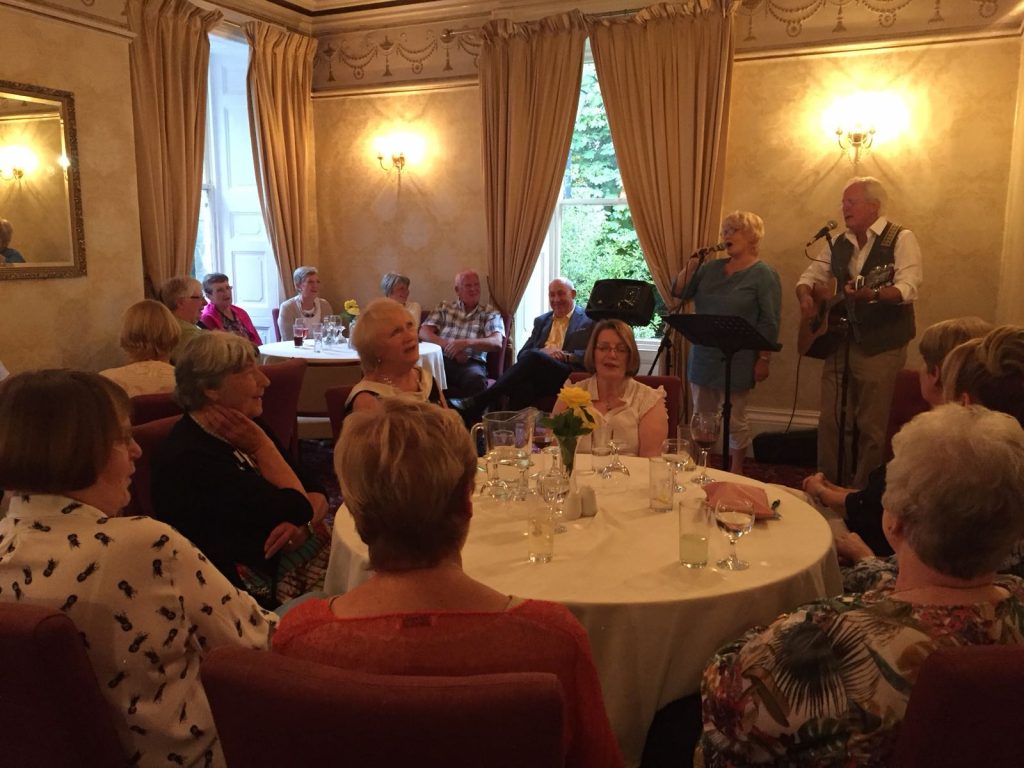 The traditional Lancashire pie and pea supper was provided by the Sykeside Hotel and Restaurant, who put on a delicious spread as ever.

We also held a raffle, with some fabulous prizes being donated by local businesses and those in attendance too. 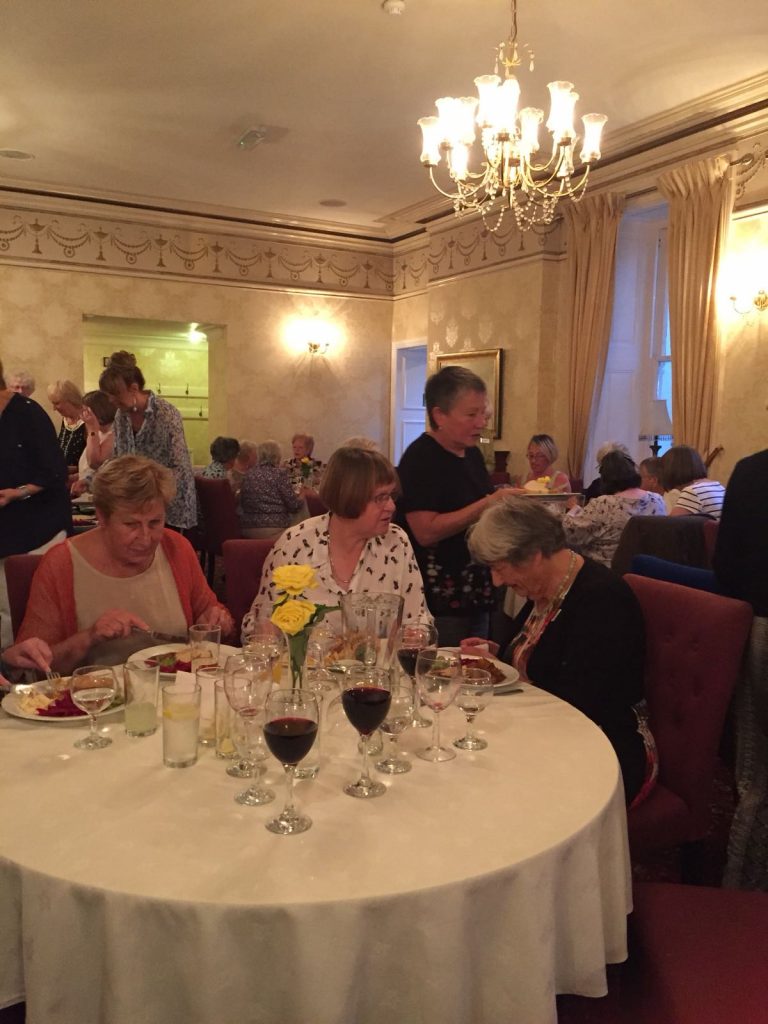 After a fun and busy night, we managed to raise £200 for our chosen charity, SafeSpace, Rossendale.

Safe Space, a project organised and run by Positive Action in Communities, provide fully furnished flats for 16 to 21 year olds, who are either homeless or are at risk of becoming homeless. As tackling homelessness is a key priority for SI Rossendale, the valuable work this charity does ties in really well with our other actions for the year.

We will let you know shortly when we’ll be handing over the cheque with our donation!

If you’d like to find out more about the work the Soroptimists do, or about the work we’ve been doing with Safe Space Rossendale, then please do get in touch with us. We’re always looking for new members!