This year we are celebrating our 90th Birthday here is a snap shot of what has been happening so far. 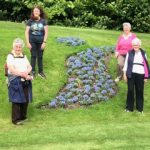 Mid July SI Aberdeen members admiring the soroptimist logo which has been planted in the Duthie Park Aberdeen to mark the club’s 90th anniversary year.

Early in January – a planning meeting at Sue’s house 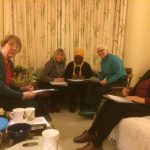 March 9th at The Douglas Hotel a 90th Birthday Lunch in the company of Federation President where over 70 members, past members and friends enjoyed a fabulous lunch. Afterwards we had an inspirational talk on the suffragette movement from our guest speaker Sarah Pedersen.
SI Aberdeen members admiring the soroptimist logo which has been planted in the Duthie Park Aberdeen to mark the club’s 90th anniversary year. 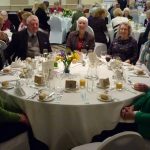 Norma Michie who recently received her 40 year service award had the honour of cutting the cake under the watchful eye of President Hilda Smith. 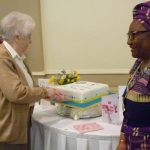 As part of our 90th Anniversary year, club members have spent time researching all the SI Aberdeen club Presidents from 1929 to 2019. A booklet has been produced with stories of these inspiring women many of whom were not only leaders in their own time but also caring, courageous and full of personality. Their stories not only help to paint a picture of the history of SI Aberdeen but also remind us of the values underpinning Soroptimism itself – friendship, women working together to support each other, and empowerment. 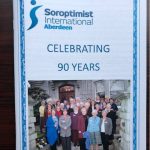 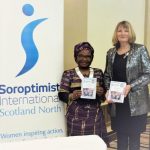 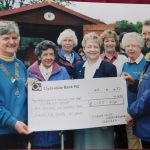 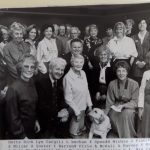 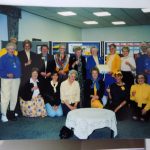 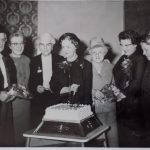