The Housing Society has links with but is not a formal part of the Aberdeen Soroptimist Club. The Society was set up some thirty years ago, largely as the result of a legacy from a long-serving Soroptimist, to provide affordable rented accommodation for women over the age of 60. A small housing complex was developed in the West End of Aberdeen, and several club members serve on the Society’s committee of management.

There are occasional vacancies and the waiting list is relatively small. Women who feel they might be eligible for this type of accommodation and would like to be added to the waiting list are encouraged to contact the Society’s managing agents, Aberdeenshire Housing Partnership tel. 01224 548000.

From Monday 17th March to Saturday 22nd March SI Aberdeen members will be running the charity shop at 346, George Street, Aberdeen. This year all money raised will be going to Charlie House. We hope you will be able to come along and support this worthy cause.

SI Aberdeen intends to make grants available from the legacy of Professor Gay Hawksworth: Gay was a member of SI Aberdeen for 20 years and had a great interest in supporting people to develop their full potential by encouraging them to take up opportunities to learn and to travel. Projects in other countries which provide both educational opportunities for young people and those which improve local conditions or facilities were always the ones she personally most wanted to support. Many people in the UK share her views and want to contribute in a practical way to a project but raising sufficient funding to take part in one abroad is not always easy.

Some of our members are heading to conference

Hilda, Pat, Marjory and Audrey along with Fiona are heading to Newcastle at the end of October for the Federation Conference.

This year our main fund raising project is Charlie House, a locally based children’s charity to support children with complex disabilities and life limiting conditions. The charity has recently launched a capital appeal to build a much needed respite & care facility for this group of children & their families.
We enjoyed a very informative talk from their Chairman Tracy Johnstone. 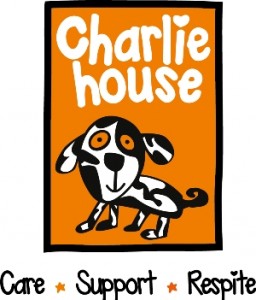 From 2011 to 2013, SI Aberdeen’s main fundraising project was in support of Alzheimer Scotland. We held a fashion show, manned a charity shop for a week, supported a Musical Memories evening and held a soup and sandwich lunch with gift stalls for Christmas. We raised over £15000, with the final cheque being presented to Paul Hudson, who received it on behalf of Alzheimer Scotland, at the dinner meeting in June before our summer break.
Posted 7th October, 2013

On the same evening as we presented the cheque to Paul Hudson, we enjoyed an interesting after dinner talk on 'Getting to Grips with Technology' given by Sandy Mitchell, brother of Alison.
Posted 7th October, 2013

We have a strong connection with Orkney through one of our members. Groups regularly visit these magic islands for walking, good food and helping to clean the beaches.
Photograph by Sue Kinsey – Posted 8th May 2013 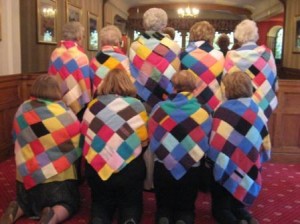 During the cold winter months club members & friends have knitted over 1,200 10cm squares to help beat the current world record for the largest hand knitted blanket. The aim is a blanket of 710 square metres i.e. 71,000 10cm squares – one for every dementia patient in Scotland in 2010.
Photograph by Fiona Watson- Posted 5th June 2012