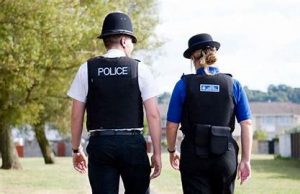 Nikki started by telling us about her career in the police force having joined in 1987 and became Assistant Chief Constable, Avon Somerset Police Force in 2015.  She is Head of Investigations and Operations – Support Directorate leading the Avon and Somerset Police response to the Covid 19 Pandemic.

She described her career highlights and responsibilities some of which are:

She described how policing demands have changed due to:

Innovative thinking keeps policing ahead: The right equipment, the right people and the right culture.  The job of the police is to protect the most vulnerable and one of the pleasurers of being a police officer is being one step ahead.  Costs have increased because of increased technology.

There are a huge number of phone calls.  Some of them cover firearms, mental health, domestic crimes, serious sexual offenses to name but a few.  Knife crimes are on the up and the police do a lot of preventative work.  County Lines: Drugs are brought from the big cities such as London and Birmingham to rural areas such as Yeovil.  The police are determined to stamp this out.  The criminals are very well organised and it takes a big police operation to dismantle them.

The Police Mission, Vision and Values

Vision: Outstanding policing for everyone

Right equipment is essential.  Avon and Somerset are very fortunate because the equipment is available and they have been able to work from home during the covid pandemic.

There are different ways of entering the police force.  Two examples are to enter with a university degree, some universities offer the “Professional Policing Degree”.  Some enter without a degree and whilst in post can undertake the “Police Constable Degree Apprenticeship”.  Nikki shared her thoughts on being a police officer.  Nikki loves being a police officer and making a difference to people’s lives.  She has been recognised for her work and awarded “The Queens Police Medal” – she feels highly honoured and will go to the Palace to receive it.

A lovely talk very natural and genuinely committed to her work.