Activities and reports of meetings and events from AGM April 2019

Wednesday 24th April 2019 – AGM President Jen opened the meeting and reports for the year were given after which the chain of office was handed over to the new President, Karen Yates. President Karen thanked the outgoing officers for their hard work during the past year.

Wednesday 29th May 2019 –supper meeting. We welcomed new member Kim Ann Williamson MBE and guest Shanta Varsani. After supper members divided into a group discussing the JOMEC award that the club makes to students of journalism and another to look at how we can increase and or diversify programme action activities. This group brought aa variety of ideas forward which were discussed and will be collated and circulated to members by the Programme Action Officer. After a regional report and reference to making and distributing Twiddlemuffs the meeting closed.

Wednesday 26th June 2019 – supper meeting. Following a two course meal President Karen opened the meeting welcoming members and said she was delighted to induct Kim Ann Williamson as a new member.  The business of the meeting included various reports, voting for Federation officers and details of the forthcoming stall at Rhiwbina festival.  Dr. Joan Williams then addressed the club with a reflection and history of how the club became involved with antiHuman Trafficking which Joan has steered over several years at club and regional level.  This was a key campaign too by UK PAC. 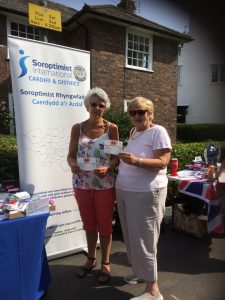 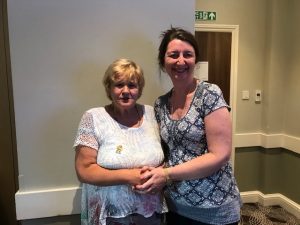 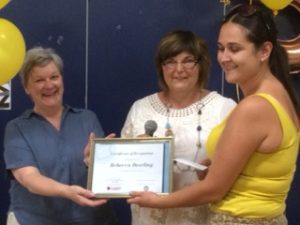 Wednesday 31st July 2019 – supper meeting. President Elect Jackie welcomed attendees and we talked about events since the last meeting including a delightful trip to Llanelly House and a trip to Kenilworth SI where we were represented by Eva and Sandra. Programme action was discussed followed by a very interesting presentation by Alison Shen Price MBE – ‘An Active Interculturist’ – describing her 35 years of work in the Middle East where she has connected with many cultures and nationalities.