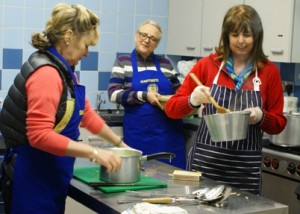 Club members currently take their turn cooking and serving at the charity’s weekly Luncheon Club. This is for people over the age of 70 who live on their own but who are able to get out and about. 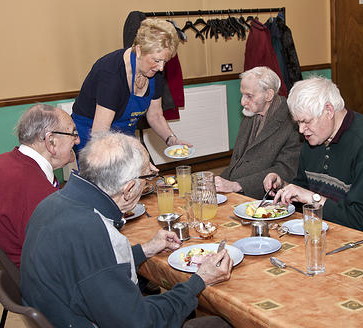 The annual Christmas lunch attracts a large number of diners. Members ‘pull out all the stops’ to ensure it is a memorable occasion for all diners.

Crosby’s Soroptimists were involved with Crosby Old People’s Welfare, as it was previously known, at the founding the organisation in 1952. Peg Malley, a member of SI Crosby, was part of the original committee, and held the post of Treasurer for 40 years. 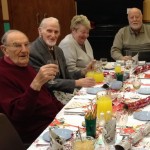 Age Concern, Crosby organises activities and services including outings for people who are housebound (using a mini bus driven by volunteers), an annual holiday, a ‘handyman’ facility and a befriending service. It is also a centre of information and advice on matters of particular interest to older people. The charity relies heavily on donations, especially as grants are now much more difficult to obtain.

SI Crosby’s members are pleased to celebrate over half a century of service to Age Concern, Crosby.