Female genital mutilation (FGM) comprises all procedures that involve partial or total removal of the external female genitalia, or other injury to the female genital organs for non-medical reasons. Source: World Health Organisation 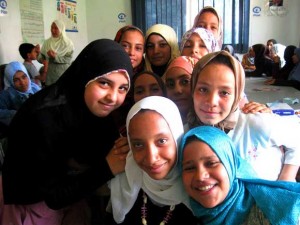 A 97% rate of FGM in Egypt means that almost 40 million women have either had this procedure carried out, or are likely to at some point in their lives.

This practice, although illegal, happens in certain communities in the UK. SI Derby wrote to Derbyshire Children’s Safeguarding Board asking them to raise the profile of this problem in their work and have had a positive response. We have also been in contact with the Dept. of Health, which has resulted in our organisation becoming a member of the national FGM Forum.

The problem of FGM has attained a significantly higher profile in recent times and we believe that the lobbying by SI clubs, including SI Derby, has contributed positively to this.

If you would like to help SI Derby in our efforts to raise awareness of FGM please contact us.