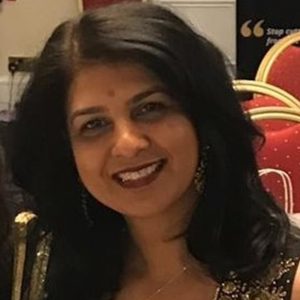 Forced into marriage at the age of 19, Sarbjit moved into her husband’s extremely strict family’s home. Their mother- in- law treated her two daughters in law like
servants. Her sister -in- law Surjit was more rebellious and therefore was regularly beaten for her disobedience. When the family found out she was having an affair, drastic action
was taken. They took her to a family wedding in India, where her mother- in- law arranged for her to be drugged, strangled, and thrown in a river. When Sarbjit found out what had happened to her sister-in-law she was terrified and was told if she breathed a word, the same would happen to her…she was silenced and feared for her life.

The stress nearly killed her. She was rushed into hospital and told it was a matter of life and death. She eventually found the courage to report to the police what had
happened. It took three investigations before Sarbjit was believed. Finally, she became a key witness in the police investigation ; Sarbjit’s mother-in-law and elder son were arrested and sentenced to life in prison. Sarbjit became the first person ever within a family connected with an honour killing to go into open court, waiving her anonymity to break the notions of ‘shame’ that had killed her sister-in-law… and although she has faced intimidation  and threats from her community she will not be silenced.

Sarbjit told her story in ‘Shamed’ – how she survived living in a family who believed Honour was worth more than a woman’s life. Through True Honour she now works with police
forces around the country, social workers, health, education and legal professionals using her first-hand experience to enable them to fully understand what a victim goes through
living in these circumstances. Through True Honour, Sarbjit also provides support to victims, referred by these professionals, which is where her additional language skills in Hindi, Urdu
and Punjabi are very useful.

Sarbjit Kaur Athwal had already achieved national recognition before joining SI Epsom and District in 2019, bringing her passion for supporting others and becoming a
valued club member. Sarbjit is the Founder and CEO of the charity True Honour, impelled to set up the charity by her experience of forced marriage and honour-based violence
this work continues to show her courage and passionate commitment.

Already a mother of four children, Sarbjit started her career with the Metropolitan police as a Community Support Officer in 2008 after giving evidence at the Old Bailey trial. Here she
learned of the lack of knowledge, awareness and cultural understanding which made it very difficult for police officers to engage and investigate. Recognition of these issues led Sarbjit to establish True Honour in 2015 fully supported by Dr Clive Driscoll, Deputy Chair who had been the senior investigating  officer in her case. Sarbjit has been a Key Speaker at the House of Commons and at Conferences and is an international  speaker and campaigner through her visits to Canada and Australia.