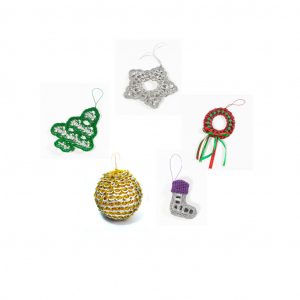 They raised money for the Purple Community Fund by selling Christmas decorations made from ring pulls. We have supported this charity for several years by collecting ring pulls and becoming agents for the sale of items made in Manila, Philippines.  PCF website

Members from SI Chester braved the elements on what can only be described as the coldest night on the planet. They unloaded the car in driving rain and set up a stall under a somewhat inadequate awning – inadequate in so far as the rain was swirling in very strong winds. The rain was swiftly followed by ice falling from the sky, making the road white and slippery and the awning collected the ice and sent it sliding down onto the stall and onto the heads of unlucky customers.

One by one stall holders packed up until just our stall was  left with one other hardy trader. They stuck out the bitter winds, rescued goods flying off the table, a glacial river flowing over their feet and a distinct lack of customers.

But it wasn’t all pain! The barber in the shop behind the stall plied them with free hot chocolate on a regular basis, some brave customers appeared and were unbelievably cheery (and generous!) and they kept warm by dancing to Christmas greatest hits.