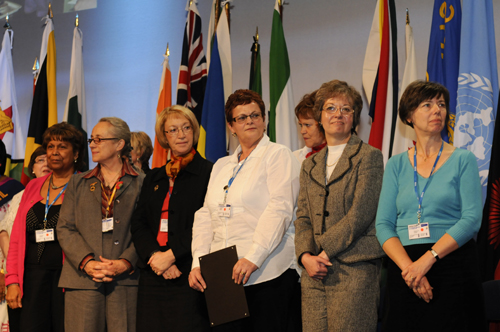 SI Dewsbury were delighted to win the Mary Hillary Award for Programme Action this year at Regional Council, but were even more thrilled when they were told they had been nominated for SIGBI Best Practice Award for International Goodwill and Understanding at the Cardiff Federation Conference in October 2009.

This had to be kept a secret until Conference so only four members were aware of the nomination, three of whom were going to Conference. Anticipation and excitement were high on the agenda whilst travelling to Cardiff.

On the Friday morning at conference they were told they needed to be seated near the front. This was a task in itself to get the members downstairs to be seated for a good getaway whilst trying not to inform them of the reason. Those in the know knew that during the morning session all nominees had to be on the stage.

The nomination was the last on the agenda for the morning session, so for all a long wait was in store.   Then came the time, the announcements were read out – SI Kettering, for their work giving 500 Bangladeshi women an EID/Divali/Christmas party and SI Tunbridge Wells for their community leaflet project of helping women who were entering the country, and of course SI Dewsbury. Then – the winner is – SI Dewsbury for their project Soroptimist You’re Hired. They were thrilled and astounded to receive should a prestigious award, and were supported by all the Yorkshire delegates cheering and shouting.

To win in Yorkshire was an honour in itself, but to win a SIGBI award was an honour indeed. SI Dewsbury thanks all their members who took part in the project, but especially, Chris Withers for coming up with the idea in the first place. 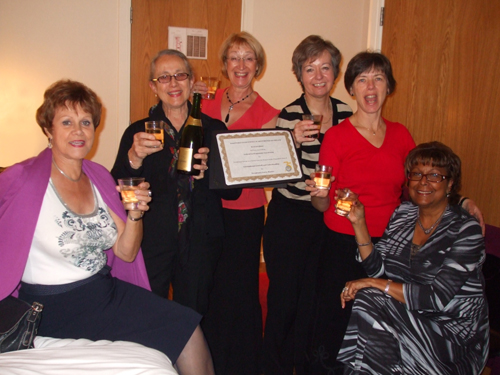 The money raised from the project was given to the Zimbabwe delegates at the Yorkshire party on the Saturday evening at conference. 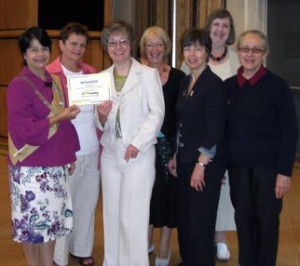 The Good Practice Award for Programme Action was announced at the Regional Council Meeting on Saturday 20th June. Dewsbury is the winner for the project ‘Soroptimist You’re Hired’ where £1900 was raised by various fund raising events to support Soroptimist clubs in Zimbabwe. More on this in the section of Club Activities 2008-9 http://soroptimist-gbi.co.uk/dewsbury/recent-activities/