Rise against Hunger https://www.riseagainsthunger.org/ helps to improve nuttrition worldwide including meals for school children in Africa to improve school enrollment, empowering women farmers and  providing food to disaster areas. Women and children are particularly affected  in disaster areas. Soroptimists are committed to improving the lives of women and girls worldwide so this was an ideal project  for us. We were grateful to Rotary for organising the event. 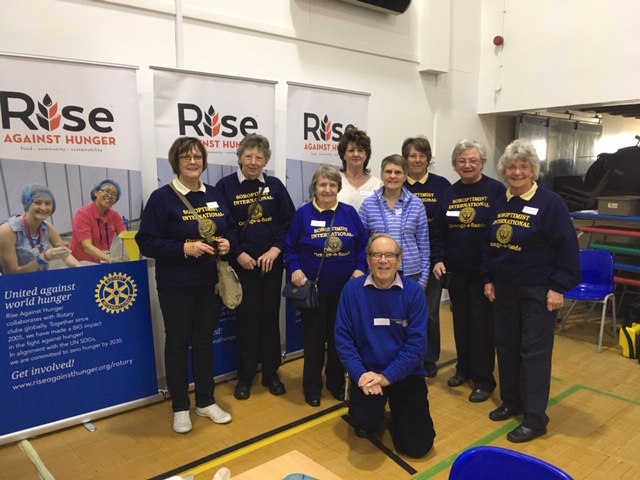 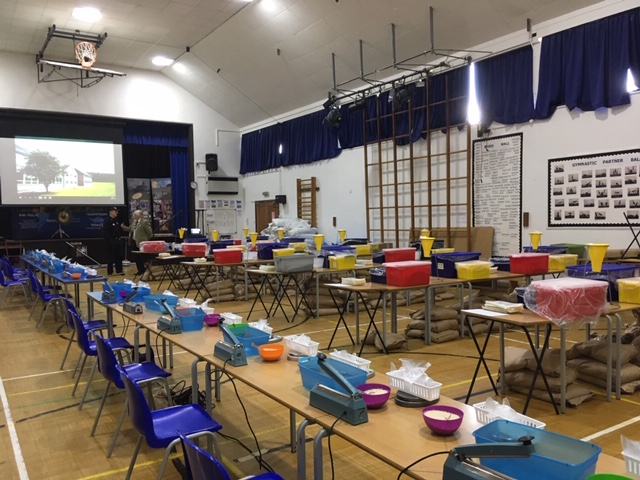 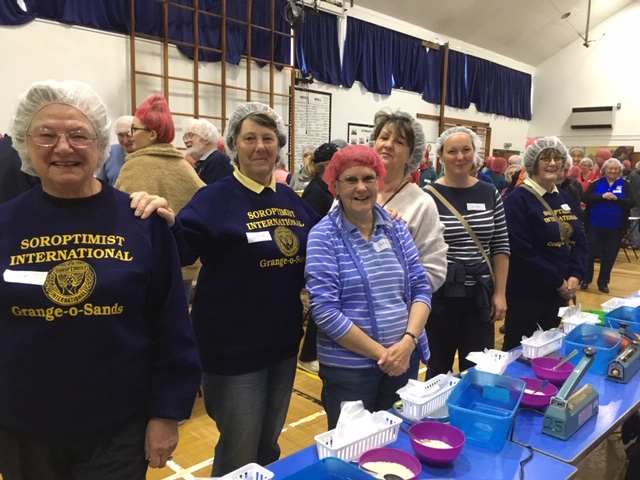 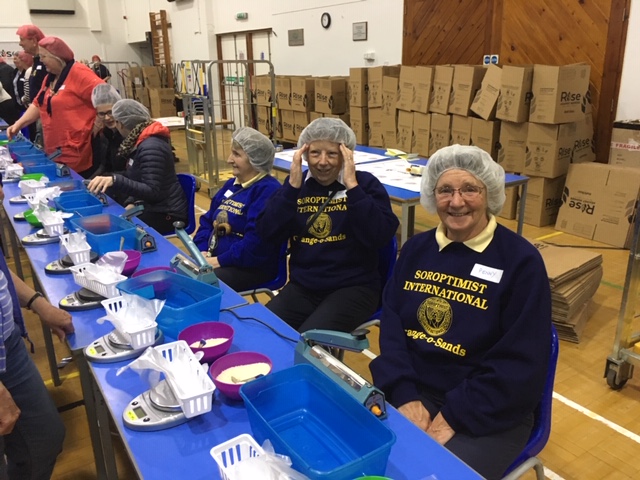 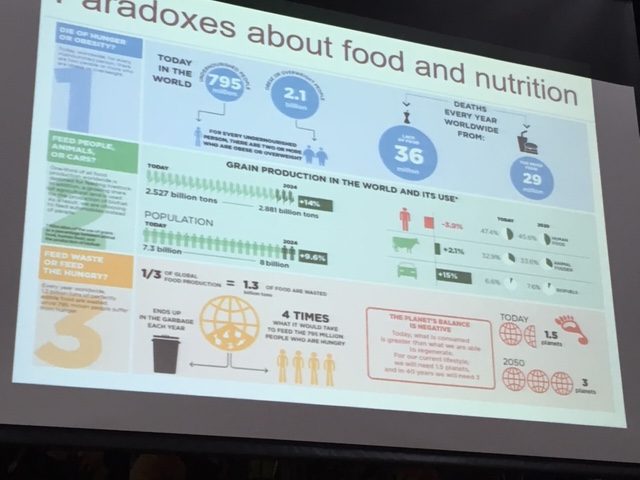 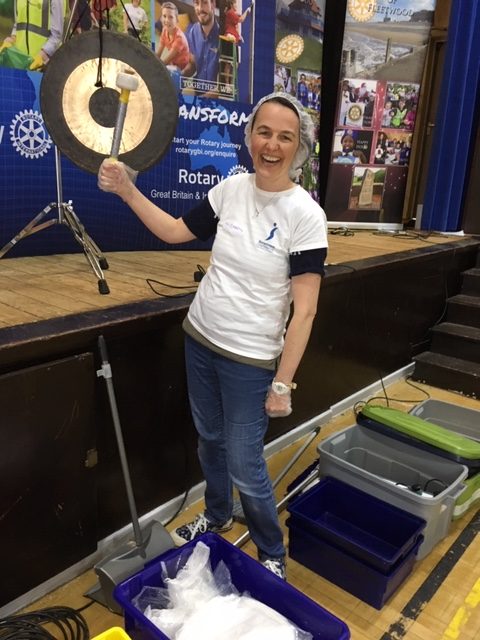 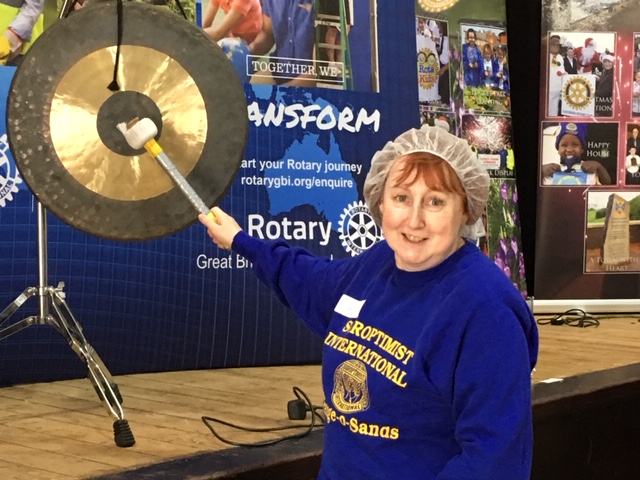 Rise Against Hunger is a charity which aims to provide sustainable food solutions to those unable to do so for themselves. In many parts of the developing world, agriculture is a skill that is either lost or has never been developed.  RAH provides the needed fortified meals to schoolchildren who would otherwise have nothing to eat, in areas where there is absolutely nothing – no farming, no equipment, and nobody to provide for them.  Approximately 21,000 people perish every day from hunger and malnutrition, and there are 821 million people on our earth suffering from a lack of food.

Eleven Club members took part in this event to pack 60,000 nutritious meals in just four hours.  The event was organised by the Grange Rotary Club, under the auspices of the ‘Rise against Hunger’ charity.  Held in Cartmel Priory Secondary school, the day was split into two sessions, morning and afternoon, with 140 folk in the morning and 120 in the afternoon.  They came from across the local community and included Rotarians from other clubs in their District.

The event was extremely well organised, and the atmosphere was electric.  We were welcomed by Nigel McCulloch, the current President of Grange Rotary, and by a Director of the Charity who had travelled from Italy.  He explained its history and stressed that its aim is to end hunger by 2030; it addresses the first five of the UN sustainable goals.  We were shown an excellent “the girl effect”  video presentation showing empowerment of women through education.                       https://www.youtube.com/watch?v=1e8xgF0JtVg

The room was laid out in factory conditions, and we all took our places, with our hands sanitised and wearing gloves and hairnets.  The Mayor of Grange, Peter Endsor, sounded the gong, and the work began too a background of loud pop music.  The meals consisted of rice, soy and vegetables, fortified with 23 vitamins and minerals.  Each bag was labelled and filled, then weighed and sealed before being packed in boxes ready to be transported to the docks.  Whenever the number packed reached a multiple of 2000 someone was chosen to sound the gong, and two of our members had that honour!

The 60,000 meals represented one meal per day for each student at Cartmel School, and were destined for some part of Africa, probably Malawi, where they will feed 230 children each day for one school year.  The boxes were numbered so that we will be able to track their final destination.

A plea had also been given for contribution for the local foodbank in Barrow, and it was good to see that there was a substantial collection for those who are in need within our own community.

We all agreed that it had been a very worthwhile day, and we had been privileged to have been part of it.