Grange Soroptimists make bracelets for Grange  midwife Cath Holland who is pivotal in eradicating FGM ( Female Genital Mutilation) in  Pokot in Kenya. She founded a charity Beyond FGM https://www.beyondfgm.com/ and works with others to prevent FGM.

Cath spoke about FGM and her work at the NW Soroptimists Regional meeting and was presented with  bracelets by Grange and Lancaster Soroptimists.

The bracelets are given to the girls at their  alternative Rite of Passage ceremony. 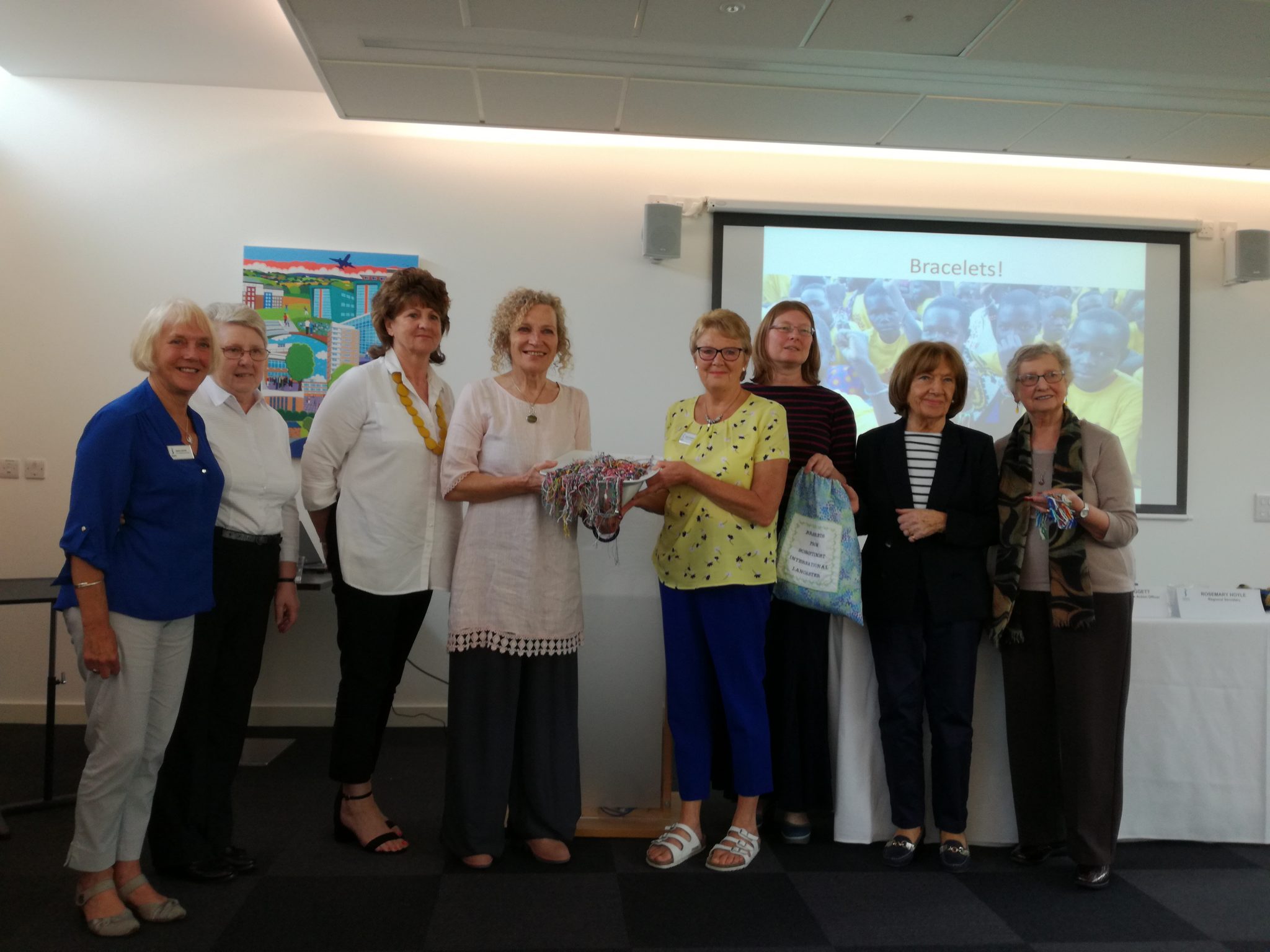 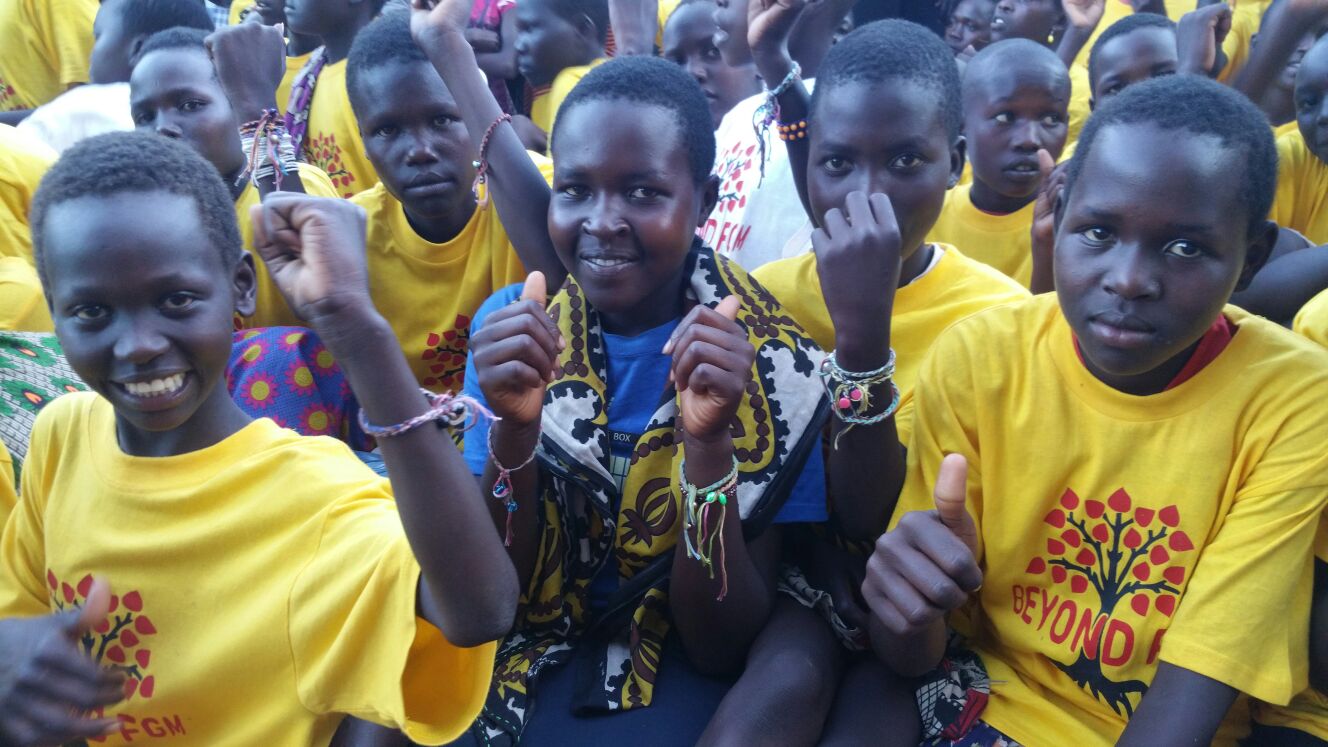 Girls in Kenya with their bracelets 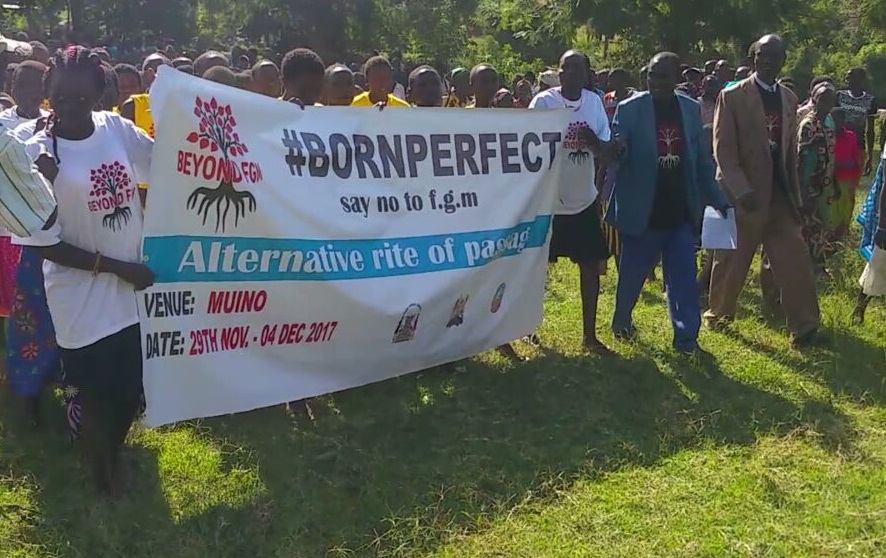 Female genital mutilation (FGM) comprises all procedures that involve partial or total removal of the external female genitalia, including the clitoris and labia, or other injury to the female genital organs for non-medical reasons.
The harmful effects of FGM can include haemorrhage, shock, sepsis, psychological trauma and even death.
The practice is mostly carried out by traditional circumcisers, who often play other central roles in communities, such as attending childbirths. Increasingly, however, FGM is being performed by health care providers.
An estimated 100 to 140 million girls and women worldwide are currently living with the consequences of FGM. (World Health Organisation figures)

A useful  FGM fact sheet produced by the UN  https://www.who.int/news-room/fact-sheets/detail/female-genital-mutilation