From time to time we ask the leads of our various sub groups to write a blog piece related to the work of their group – on any aspect of their choice. Here Domestic Abuse Sub Group Lead Pauline Shields reflects on the recent work of our club in the complex arena of Domestic Abuse.

Why get involved in domestic abuse?

I’ve heard many reasons why women join Soroptimists, but by far the most common is “I want to make a difference, to do something or be part of something to make a difference to the lives of women.” The work we do in our club, particularly on Domestic Abuse, gives members that opportunity…

What’s the current situation regarding domestic abuse in the UK? 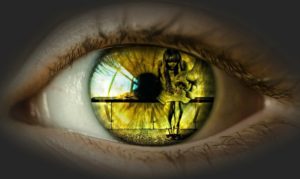 Statistics show that year ending March 2019 an estimated 1.6 million women aged 16 to 74 year olds experienced 5 million acts of violence – with 3 million of these involving men – each year in the UK.

In 2019 the number of people killed as a result of domestic violence in the UK reached its highest level in five years.173 homicides – an increase of 32 deaths in 2017.

In December 2018 coercive control was added to the Serious Crime Act 2015 and  resulted in 7034 arrests, but of these cases 4837 were dropped by police or prosecutors…

There has been a surge in domestic abuse cases during Covid -19, one of the largest abuse charities Women’s Aid, reported a shocking increase of 120%.

Interestingly, a separate helpline for perpetrators, Respect, has shown an increase of 25% in calls after the start of lock down and an increase of 125% in visits to their website.

There’s plenty of work to do sadly.

What do Lichfield Soroptimists do about domestic abuse?

There are so many activities and events I could mention to describe what we do such as our work on healthy relationships for teenagers, working against forced marriage, helping create safe spaces, promoting and signposting support services through bookmarks and other outlets, support for Lichfield’s Pathways Refuge, lobbying MPs on the Domestic Abuse Bill currently going through Parliament, creating Mums’ Bags, supporting Buddy Bags and much more…

Some examples of the our work include:

What are the highlights of our past work?

The summer of 2018 created a perfect storm for increases involving domestic abuse. We had the FIFA World Cup, an increase in alcohol consumption by the fans and a fantastic weather forecast.  For our contribution to the group we set ourselves the task of delivering “red cards” in the shape of beer mats carrying a message on the effect sporting events have on the incidence of Domestic Abuse, to every pub in Lichfield and surrounding areas. None of the pubs turned us away – quite the opposite in fact – they were enthusiastic to help. The campaign was hugely effective with over 20 million hits worldwide with 1300 on our Club Facebook page alone, a fantastic result.

Did we have an impact? well, the numbers of domestic abuse incidences didn’t seem to decrease, but vitally they did not show an increase either and we raised a lot of awareness.

Another consequence we found when distributing the cards was the number of women working in the pubs who told us they had experienced abuse themselves. This is a hidden problem that is seldom talked about and is under-reported because of fear and shame.

This proved to be a prestigious and successful event for SI Lichfield and District.

Using our contacts, we were able to obtain excellent speakers for the Conference and attracted a large audience of Soroptimists and partner organisations. The feedback was excellent. The afternoon session gave delegates the opportunity to fill a Mums Bag for the Pathway Refuge and encourage them to include their own message of support for the recipient. We were able to coincide this event with a visit from our friendship club from Kaarst in Germany. Germany had come late to recognising domestic abuse as a criminal offence, now the members there are regularly active in raising awareness through the “Orange the World” initiative, the global symbol for Domestic Abuse in SIGBI.

What’s coming up in the future?

Of course, our plans for 2020 have been affected by the CV-19 pandemic, and we have postponed our second Conference on Domestic Abuse, originally planned for this November. However, undeterred we have rearranged this event for March 13th 2021. We are keeping all options open with the format, but it will happen.

We have been able to book excellent speakers who support us in the work we do, and the day promises to be interesting and thought provoking.

What can YOU do to help combat domestic abuse?

It’s a complex and wide ranging issue, but if you feel you’d like to get involved and help perhaps you’d like to work with a group of other like minded women – like us perhaps?

None of us can change things alone – but working together we can make a big difference. If you’d like to know more – get in touch for a chat and find out how you can help change the lives of women and girls for the better.