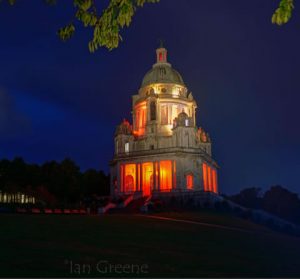 Lancaster was bathed in an orange glow when at the request of Lancaster Soroptimist Club, for the evening of 25 November Williamson Memorial was lit in orange. It signalled the start of “16 days of Activism” to end violence against women now. Globally, the 25th of November is the UN’s International Day for the Elimination of Men’s Violence against Women. This is the largest violence against women campaign and kicks off the 16 Days of Activism against Gender-Based Violence which runs until 10 December, Human Rights Day. 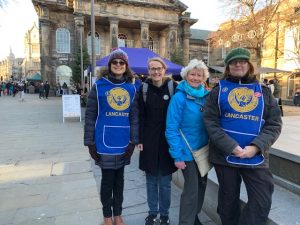 On Saturday 27th members of Lancaster Soroptimist were in Market Square distributing white ribbons to men to raise awareness of the problem of domestic abuse. They were supported by the Mayor of Lancaster and pictured here with Lancaster MP Cat Smith.