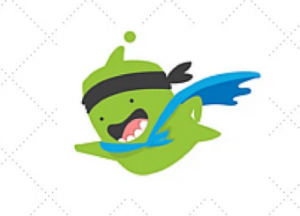 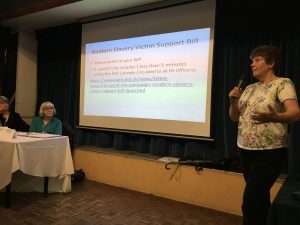 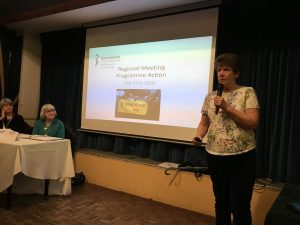 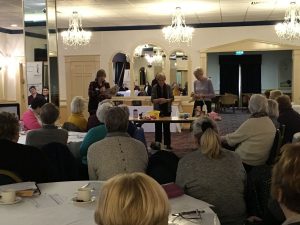 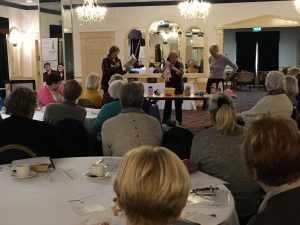 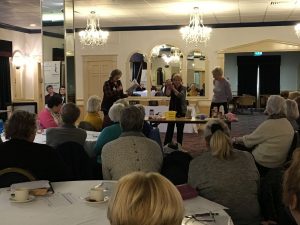 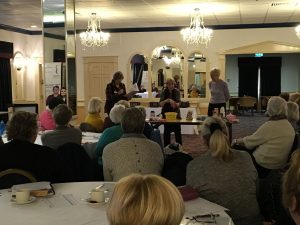 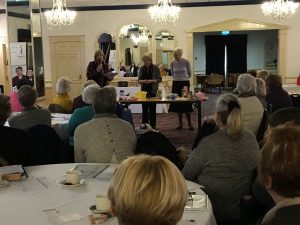 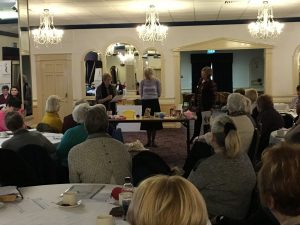 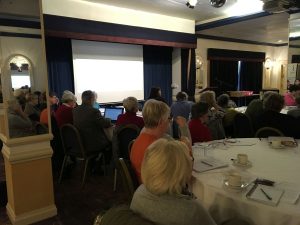 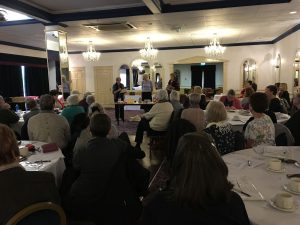 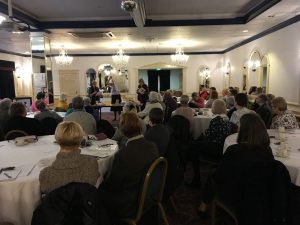 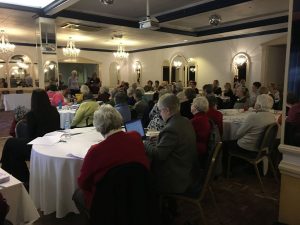 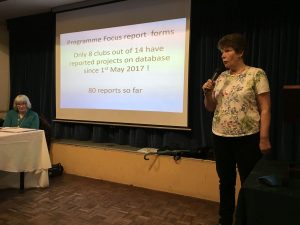 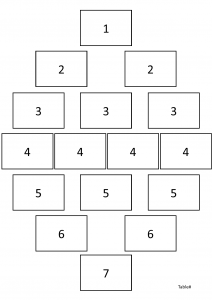 The Welcome was given by Viv Wojciechowski, the President of S I Blackburn. We stood in silence in memory of Brenda Lyndon Escreet, Dorothy Smith, Nancy Hornby, Jean Knight and Ivy Crossley. The minutes of the previous meeting were amended by President Maureen and will be reissued. A long discussion followed about No 63. Andrea Baker read out an amendment which had been issued by the Board of No 63. Jean Priestley suggested that as some of us had not seen this amendment that this was circulated to all the clubs before we were asked to vote.

Ranking Activity. Joan Bailey had prepared a table of boxes and several options as to the importance of why we are a member. Most of us chose “improving the lives of women and girls” plus “making a difference” in the top two options. International travel and Charter Dinners came at the bottom.

The Regional Secretary, Rosemary Hoyle reminded us that at the end of March we will receive from her the Annual Return. In the baskets there is a list of Diary dates of Regional Events.

The Regional Treasurer, Jean Priestley spoke about S I Kumba. In the funds there is £465.59 allocated for this Club. We promised to pay their capitation fees so that they could fund a literacy project. In return they were expected to report twice a year on their success and progress. This has not been received. We have paid for their capitation fees for 2017-18 but we asked them to honour their part of the agreement or we would withdraw our support. If we hear from them and feel satisfied with the result then we may fundraise for them in the future. Clubs are reminded that when new members join they should inform the Regional Treasurer and pay the levy which is due. The Regional levy including UKPAC levy will be £10.50. All in favour.

President Maureen’s Business. A brief synopsis of the 3 – 5 year Regional Growth Plan was given. For the International President’s Appeal there will be a summer hamper. Items for it are needed by the June meeting. The Regional Lunch will be on the 02 September at Wyrebank Banqueting Suite, Garstang. The baby photographic competition will raise funds for the entertainment at the Liverpool Conference. South Lancs Region have challenged us to a crown green bowling competition. Can we raise a team? The Rose Bowl Competition will be held on 24 May in Cabus Village Hall. The theme is “Together We Can ……”.

Regional Development and Membership Officer, Karen Rainford reminded us of the Club Membership Officers Meeting on Monday 14 May. She asked us to inform her of our plans for Membership Month in May. The Fylde will have a Pamper Party and Blackpool will have a stand for International Women’s Day. Pendleside are inviting guests to Speaker meetings and have 4 new members this year. We were shown the Membership Toolkit on the SIGBI website and reminded to wear our blue dynamic “S” badge.

The Federation Councillor, Janice Carrick talked about safeguarding. SIGBI are working on new guidelines which will be issued shortly. Clubs must be very aware of this when working with children or vulnerable adults. Also the management of Regions is causing concern as recruiting officers is becoming very difficult. SIGBI are asking for feedback as to how we see the future.

The Regional Website – Joan reminded us that regional events with a photo are needed. She showed us the Members Area and explained what we can find there. Future events are already being listed. The sponsor form for Just Giving to support Maureen’s fund raising will be there. Also Facebook events. Eventually the papers for the Regional Meetings and the template for the Ranking Activity so that clubs can use it.

Linda Beddows talked about stewards for the Federation Conference in Liverpool. She is looking forward to welcoming and friendly stewards and the whole Conference to be a very enjoyable experience. The Terracotta Warriors will still be exhibited.

Andrea from S I Amounderness told us about the Friendship Link formed with S I Bombay Chembur. One of their members has relatives in Bombay and travels there regularly. They have promised support to the Prerana Naunihal Girls Shelter. They provide clothes, pencils, notebooks, chocolate and toiletries. They are to raise funds to enable them to have a support worker. Also they have involved Walton le Dale High School in a school project  and are considering asking for pen pals to compare and contrast educational standards. Andrea’s 15 year old daughter will write a letter “A day in my life” to give them an idea of our schools. A video will be made of Rebecca making chocolate brownies which will be nicely presented with a card and sold to raise funds. It will encourage a dialogue between the shelter and the school. A very inspiring presentation.

SI Lancaster introduced us to a Story Sack. It is large bag with a children’s story book and supporting materials to bring the story to life. It is used for nursery and reception classes. Also for children whose first language is not English. This is their 37th Story Sack. It raises the profile of S I as there is a Soroptimist leaflet in each sack and their name on the front.  They read to us the story “The Tiger Who Came to Tea”. Obviously many talents are required to knit or crochet the objects required to illustrate the story. Some goods are bought from charity shops. Another enjoyable presentation.

Isobel Huggett, Regional Programme Officer told us about what had happened since we last met.

SI Preston had organised a march on the 17th November 2017 “Stop Violence Against Women”. It wasn’t well attended but the feedback proved that it had been noted. In October 2017 the Trafficking Survey had taken place. The total returns were 9258 and 1723 were from the North West of England. There were lots of questions from the Modern Slavery Group to find out what people knew about it. The outcome was that most people were unaware of it. We were asked to vote on a future Regional Project. We were reminded of the date for the UKPAC Study Day in Belfast on the 07 July 2018. Links and information to Modern Slavery Videos were given. Reminded that 08 March is International Women’s Day. We were asked to lobby our MP about the Modern Slavery Bill. Fair Trade Gold exhibitions are in local libraries during February and March. Reminded to fill in PFRF’s. The criteria for the Darwen Shield and Carnforth Awards was explained. To conclude the GLAA Modern Slavery video was shown.

President Maureen read a poem she had written entitled “And so it begins” reminding us of her appeal for MIND.

Noreen Haselden our Minutes Secretary reminded us that she will finish in this post after the June meeting.