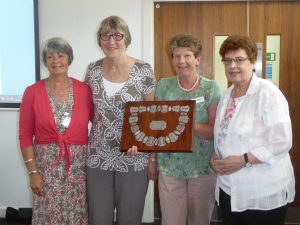 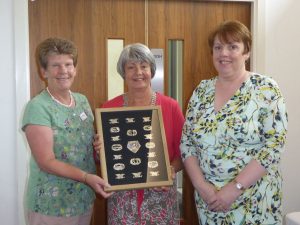 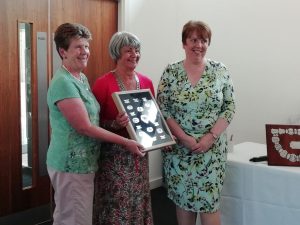 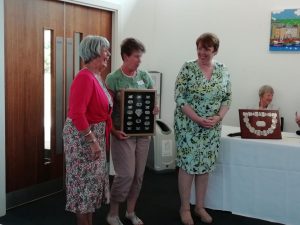 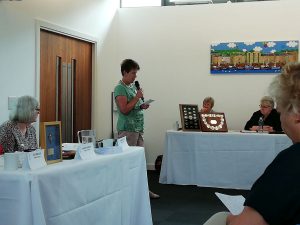 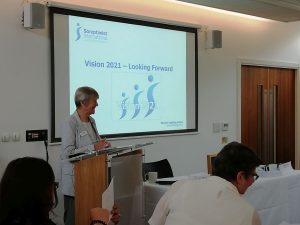 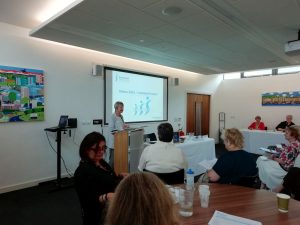 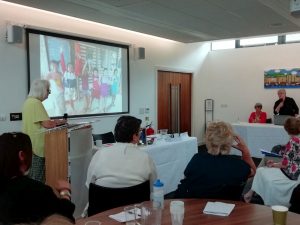 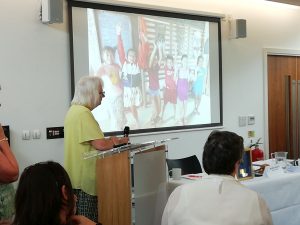 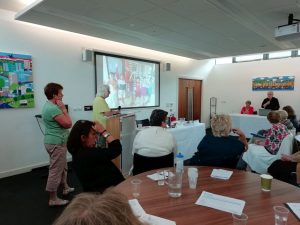 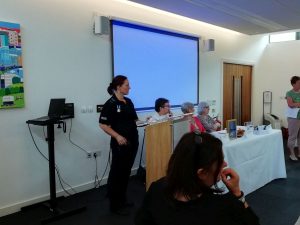 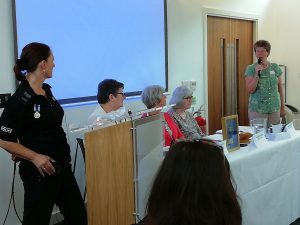 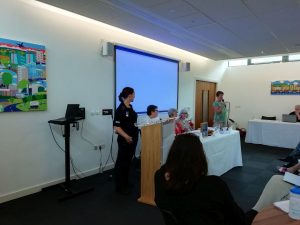 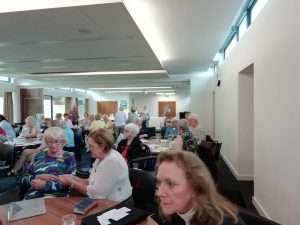 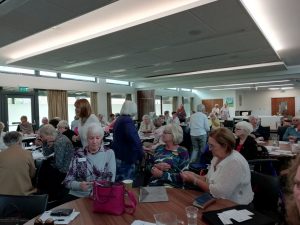 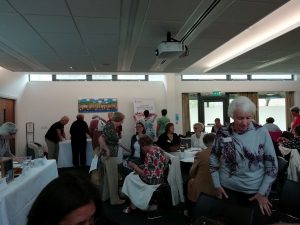 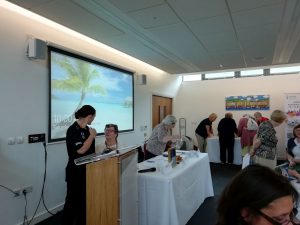 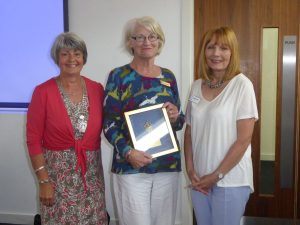 The welcome was given by Cathy Shevlin of the Blackpool and District Club. The Vision and Mission were read and followed with a minutes silence in Memoriam for Margaret Garnett, Clare Harding, Diana Killey, Betty McKerrow and Marjorie Campbell.

Isabel Huggett introduced our first speaker Gill Gilbert. Gill is a Custody Sergeant at Bury Police Station, part of the Greater Manchester Police Force who talked about her work and in particular issues for Women in the Criminal Justice system. Gill was approached by SI Pendleside who asked if there was anything they could do for women who had been trafficked but ended up in custody. Pendleside were asked if they could provide basic items such as toothpaste, toothbrushes, soap, sanitary towels, socks and knickers which they willingly did. Opposition was raised from Gill’s superior officers at first and the risk assessment was re-examined before it was agreed that these items made the prisoners happier and it was acceptable. It produced positive results by restoring dignity and offering human kindness. Many questions followed showing approval from other clubs. Isabel thanked Gill for her inspirational talk.

The next speaker was Maggie Rey from SI Preston. Her talk was entitled “Maggie in a Minefield”. It was about her visit to Laos and in particular the work of the Mines Action Group (MAG) and landmines.  She was looking for somewhere to go to teach English. She asked on the internet for advice for somewhere that didn’t include climbing mountains or using squat toilets. A reply came back from Laos offering accommodation for free in exchange for the teaching. She showed pictures of a beautiful country, temples and talked about the tranquillity. It is more than 30 years since the 9 years of bombing, every 8 minutes for 24 hours a day but they think it will be another 20 years before they are clear of the land mines and cluster bombs. Isabel thanked Maggie for a very thought provoking but entertaining talk.

Isabel gave us an update on Programme Action matters. When we fill in our Programme Focus Report Forms remember that we are empowering and enabling women to receive education. The magazine coming out in July will concentrate on Health so if clubs are working in this area then try and get an article printed about your work. A warning was issued about the children’s online game Doki Doki Literature Club which encouraged suicide.

The Federation Director without Portfolio, Diane Hill gave a presentation entitled Vision 2021. A very detailed talk looking forward to a century of our organisation. She discussed the Charity application and explained about the new Trading Arm. In Membership/Organisational Development she mentioned the 2 School clubs set up by our Region and said a 3rd one is in the process of being organised. Growing our Brand and Programme Action were next. Under the heading of Call to Action she told us that Membership Month is every month. For Members Involvement Diane asked us to welcome new members and show them the fun side. Finally she urged us to use the early bird registration for Liverpool Federation Conference on the 25 – 27 October at the Kings Dock.

After lunch the Regional Council business meeting started. Andrea Baker, S I Blackburn wanted to change the minutes of the last meeting on the 18 February in Matters Arising about “63”. She felt that was written was not what was said. President Maureen asked for a proposal to keep it as stated and this was given and Andrea proposed it needed to change. The vote was in favour of it remaining as stated.

The Regional Secretary, Rosemary will be e-mailing her report. She reminded us to check the Regional diary dates and encourage as many members as we can to attend. Jean had already forwarded on e-mail the Treasurer’s Report. President Maureen announced that a nomination for the Regional Secretary to start in November 2019 had been received from Windermere club for Pat Sanderson and seconded by the Grange club. The new Minutes Secretary will be Andrea Baker of S I Blackburn. Thanks were expressed to those who attended and took part in the Rose Bowl Competition. Raffle tickets are on sale for the Summer Hamper for the International President’s Appeal. The Regional Lunch is a change of venue and a change of date on the 02 September at Wyrebank, Garstang 1.00 for 1.30pm. The winner of the Rose Bowl will be announced at this event. The presentation of awards took place. The Carnforth Award was won by Windermere. This is for a project that has been going for 5 years. Rishton and Great Harwood won the Darwen Shield for their work with the Foodbank and the Haslingden Trophy for membership was won by Blackburn. Karen Rainford had already circulated her report on Membership. Janice Carrick had also already circulated her report. She is asking to visit each club to get to know us. She reminded us to send in our ballot papers for SIGBI to gain Charitable Status. There was no report from the Benevolent Fund. Marion Fogarty said that Ann Garvie’s Statement about 63 was in every basket. Joan Bailey showed us the Regional Website and how to get into the Members Area. Angie Christopher updated us on S I Kumba. They still hadn’t sent in their annual return which was due at the end of May. We have in the past paid the capitation fees so that they could use that money on their literacy project but in return we need reports as to the progress of their work. This is not coming so Angie has issued them with an ultimatum. At the next meeting it will be decided whether we continue this support or not. Hilary Douglas Brown gave a report of the South Lancs Regional Conference in Southport in May. As a newish member of our organisation she had a fresh approach to it. The programme of the speakers was very late being issued so she felt that she didn’t really know what she was going to. However she thoroughly enjoyed the day and urged us to attend next year. Alison Driver explained that the Regional Conference will be hosted by ourselves next year and she named some of the speakers already arranged. Saturday 11 May 2019 at Preston Marriott Hotel.

A.O.B. Karen Rainford was offering packets of balloons with our name on. Maureen reminded us that Pennies for Pounds is still ongoing but it is not compulsory to support this. She thinks dieting is a nonsense because after being away on holiday and enjoying her food and drink she still managed to lose 1 and a half pounds.

The vote of thanks was given by Maggie Blaire of SI Blackpool and District.