These links are established to forge partnerships with other clubs throughout the world and work in unity to help each other.

SI Perth is proud to have Friendship Links with the following clubs:

SI Perth WA were the very first club to be formed in Australia and chartered in 1949.    The Club is one of 15 who are part of the SI South West Pacific Federation.  We have four Federations throughout the world.

SI Perth WA’s Aims and Objectives are very similar to our own and they work towards the Sustainable Development Goals.  At the present time they are participating in their biennial project, Sanctuary: Shelter for Women in Fiji.  This Project runs from 2018 to 2020.

We are delighted to be linked with this dynamic club.

SI Pune Metro East (SIPME) are a relatively new club, chartering 10 years ago in 2010.  A successful, forward-thinking club with around 30 members, the club already has a vast number of Awards under their belt, including 5 SIGBI Programme Awards for their inspiring projects and campaigns over the last 10 years.

The type of work SIPME do:  Medical Outreach Project, Sanitary Napkin Advocacy Programme, Red Dot Campaign , Project Women and Wellness, the ‘We Care’ Project (working with cancer patients), Summer camps and workshops for children from mobile creches, Education – mentoring girls from marginalised communities, Girls Moving Forward Project, Future Ready Project, One Billion Rise (Gender Sensitisation), Project Green Turn (climate change) and many more.  Check out their website to read about these and the many other projects they work on.

Members from SI Perth Scotland have been visiting Pune to meet up with SIPME for many years and are proud to be friendship linked to them.

Chartered in 1939, SI Richmond are part of SI of the Americas Federation, the home of Soroptimists International conception.  California was the founding state of the very first SI club in 1921, and at that time boasted over 80 members.

Today, Richmond has around 30 members still dedicated to helping women and girls throughout the world.  Their fundraising activities have exciting titles like Teddy Bear Tea and Culinary Caper, Chef Show and Wine Tasting.  Alongside their project work, they also present a number of Awards locally including an annual Award to Deserving Women, the Violet Richardson Award, Live Your Dream, and a High School Scholarship. 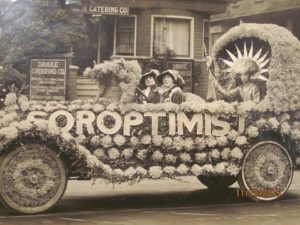 Our friendship with SI The Wrekin stretches back over many years and we find ourselves working on very similar projects and objectives.  SI the Wrekin’s projects are very varied, ranging from the Telford Toilet Twinning Project to the same one as SI Perth, that of  eradicating violence against women.  They took part recently in a campaign called Orange the World, and wore orange as we did ourselves.

Their other projects include Yes Girls Can, Helping Handbags – a very exciting project involving collecting handbags to fill and give out just before Christmas.  The handbags contain items like toiletries, sanitary products, hat, gloves and scarves. The handbags are distributed to women in Women’s Refuges, Hostels and Food Banks and we can imagine how much pleasure these bags will bring to the recipients.

SI The Wrekin also run a monthly Book Club, discussing their books in a lovely way – over lunch!

This link was formed more than 10 years ago and our first joint project was to raise funds to build a small health clinic in a rural area of Maharashtra.  A derelict building was renovated and the clinic began operating under the auspices of Dr. Anupama Sen, a member of SI Poona at that time.  Dr. Sen is now a member of SI Pune Metro East, but the clinic (in a different building) continues, now under the umbrella of the local authority.

Other projects include Girls Education, AIDS Awareness, Cancer Screening, Fistful of Grain Project, Green Canopy Project (highlighting nutrition and the environment), and holding a seminar on Mental Health as part of their Girl Child Protection Initiative.

Member Naina Athalye made a film called ‘Oak trees and little Acorns’ which was shown at Brussels in Belgium at the European Women’s lobby, Ecpat and women’s film forum in Amazone. The film tells the story of how little children save their friend from child marriage. The film is made in Karnataka in the Devdasi belt, where though the Devdasi system is now banned, many women and young girls are still trafficked for prostitution. Her film was much appreciated by all, highlighting the problem of human trafficking.

Naina has recently taken on the role of Friendship Link Officer and SI Perth look forward to liaising with her. 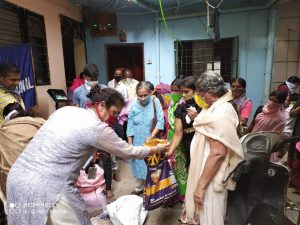