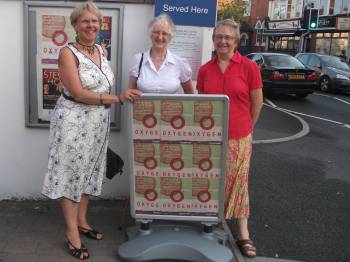 A number of Swindon Soroptimists went to see the play ‘Oxygen’ presented by Dreadnought South West Association and specially written by Natalie McGrath.  The Pilgrimage from the West Country started at Lands End and went through a number of towns including Corsham, Chippenham, Marlborough and Swindon on the way to London.  The play was about the journey made by the Suffragists and the life of Suffragettes, who went on hunger strike when they were imprisoned for minor offences. The play was similarly put on at towns that the Suffrage Pilgrimage had gone through 100 years ago. The five actors had fine speaking and singing voices and held the audience enthralled as they celebrated women’s voices and issues today. 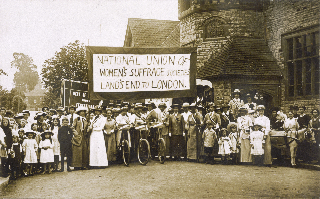