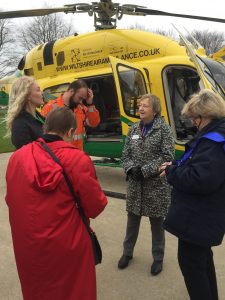 Wiltshire Air Ambulance is one of the Club’s charities this year.. We have held a number of Fundraisers and our President Georgina has raised money by a dramatic attempt to lose weight for which she has obtained sponsors.. Watch this space in April to see how much she has raised and the total she and the Club have donated.

Well, in total, we raised £1400  for the Wiltshire Air Ambulance.  Nearly half of the money came from President Georgina’s sponsors.  The balance was from various Swindon Club money-raising activities.  We had a brilliant time at Devizes looking inside the Helicopter .  Paramedic James told us in detail what happens from the time the red telephone rings calling the Air Ambulance out.  He explained everything about the helicopter eg to land in daylight they need a square of land that is twice the size of the helicopter. (In the dark they need 4 times the size of the helicopter)  Most Air Ambulances are unable to fly in the dark so this one is sometimes asked to assist in nearby areas.  The helicopter can get to any part of Wiltshire within 11 minutes!   James answered all our questions and we were made really welcome by everyone involved. 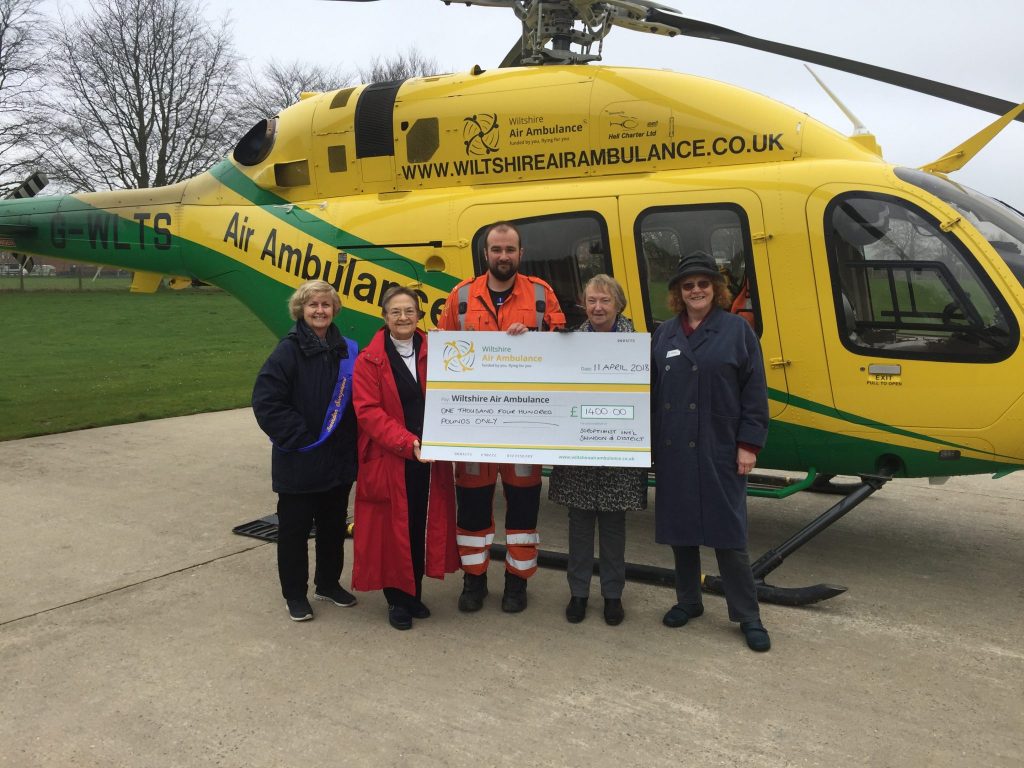 Swindon Soroptimists (here with Paramedic James) after donation of £1400 to Wiltshire Air Ambulance 11.4.18