Swindon Club President Valerie and Treasurer Jackie attended a celebratory reconstruction in Swindon of the Victory Breakfast. held at The Cecil Hotel London on 5th July 1928 by the Suffragettes, after full women’s suffrage was finally attained. (In 1918 only women over 30 who owned property obtained the vote)   For more information see  http://www.swindonadvertiser.co.uk/news/16226741.marking-90th-anniversary-of-votes-for-women/    and   https://www.theguardian.com/politics/1928/jul/06/women.gender   The menu and speeches were copied from the original London Victory Breakfast.     The proceeds were donated to Swindon Women’s Aid who do brilliant work supporting women and children who have suffered Domestic Abuse. 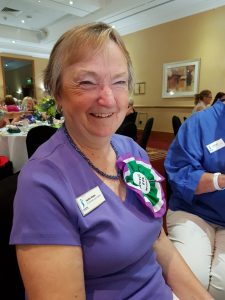 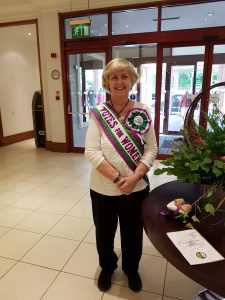 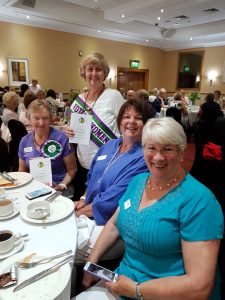