Modern slavery is an umbrella term encompassing slavery, servitude, forced or compulsory labour and human trafficking. Victims of modern slavery are unable to leave their situation of exploitation, controlled by threats, punishment, violence, coercion and deception. Slavery violates human rights, denying people of their right to life, freedom and security. Modern slavery is a serious crime.  Individuals are exploited for little or no pay. Exploitation includes, but is not limited to, sexual exploitation, forced or bonded labour, forced criminality, domestic servitude and the removal of organs.

Modern Slavery in the UK

The UK is both a country of destination, with thousands of victims arriving from other countries only to be exploited by criminals.  A source country with increasing numbers of British victims identified. Slavery takes many different forms and affects adults and children, males and females.  Those who are enslaved are exploited for the financial gain of their captors. The vulnerable are made to work in cruel conditions for long hours without pay. Examples include women and girls forced into prostitution for profit, young boys made to commit criminal acts against their will and men kept in slave-like conditions in factories.

Last year there was a total of 6,993 recorded victims of modern slavery in the UK.  This is a 36% increase on the year before. Victims came from 130 different countries, with the top 3 being the UK, Albania and Vietnam.

The most common exploitation type recorded for potential victims exploited as adults and children was labour exploitation, a category which also includes criminal exploitation.

Slave masters and human traffickers in the UK will coerce and control their victims, keeping them in slavery for weeks, months or years at a time. Individuals are often deceived into working in slave-like conditions, and then threatened in order to keep them there. Victims are moved from abuser to abuser .  They are usually too afraid of their captors to risk escape, making slavery a hidden, complex crime.

The UK has an established system of support, namely, the National Referral Mechanism (NRM) for those victims who do escape or are rescued  This was introduced in 2009. The NRM provides accommodation and other vital services for victims for a minimum of 45 days. The NRM exists outside statute, and many organisations also support victims of modern slavery before, during and after exiting the NRM.  Although modern slavery can involve the movement of people across an international border, it is also possible to be a victim within one’s own country; for example, last year the UK was in the top 3 countries of origin for all potential victims in the UK.

is defined in the United Nations Palermo Protocol as the “recruitment, transportation, transfer, harbouring or receipt” of a child for the purpose of exploitation.  The definition of child trafficking differs slightly from that of adults.  An extra stage for trafficking to be present. That of the Means, “of the threat or use of force or other forms of coercion, of abduction, of fraud, of deception, of the abuse of power or of a position of vulnerability or of the giving or receiving of payments or benefits to achieve the consent of a person having control over another person.”  The Means stage is not required for the definition of child trafficking. This is not to say that this stage does not occur for child victims.  The definition recognises that a child cannot give informed consent to his or her own exploitation, even if he or she agrees to travel or understands what has happened.

How is a child defined?

A child is defined by the Palermo Protocol and the United Nations Convention on the Rights of the Child as any person under the age of 18. How is a separated child defined? The United Nations Convention on the Rights of the Child defines a separated child as “a child who has been separated from both parents, or from their previous legal or customary caregiver.  This might not necessarily from other relatives. This may, therefore, include a child accompanied by other adult family members.  How is an unaccompanied asylum-seeking child (UASC) defined? The Department for Education’s Statutory guidance for local authorities on the care of unaccompanied asylum seeking and trafficked children defines an unaccompanied asylum-seeking child as a “child who is applying for asylum in their own right and is separated from both parents and is not being cared for by an adult who in law or by custom has responsibility to do so”.

How is an unaccompanied child defined?

The United Nations Convention on the Rights of the Child defines an unaccompanied child as a “child who has been separated from both parents and other relatives and are not being cared for by an adult who, by law or custom, is responsible for doing so”.

Worldwide, 40.3 million men, women and children were victims of modern slavery on any day in 2016. Walk Free Foundation,Global Slavery Index, 2018

Nearly half (45%) of all potential victims of trafficking (3,137 victims) were children aged 18 and under. National Crime Agency,National Referral Mechanism Statistics: End of Year Summary 2018

What action to take for any signs of county lines child trafficking and criminal exploitation contact:

What Forced Marriage is

“Marriage shall be entered into only with the free and full consent of the intended spouses.” Universal Declaration of Human Rights, Article 16

You have the right to choose who you marry, when you marry or if you marry at all.

Forced marriage is when you face physical pressure to marry (for example, threats, physical violence or sexual violence) or emotional and psychological pressure (eg if you’re made to feel like you’re bringing shame on your family).

Forced marriage is illegal in England and Wales. This includes:

Forcing someone to marry can result in a sentence of up to 7 years in prison.

You can ask the court for a forced marriage protection order.  Each order is unique, and is designed to protect you according to your individual circumstances. For example, the court may order someone to hand over your passport or reveal where you are.  In an emergency, an order can be made to protect you immediately.  Disobeying a forced marriage protection order can result in a sentence of up to 5 years in prison.

Contact the FMU if you think you’re about to be taken abroad to get married against your will.  Contact the nearest British embassy if you’re already abroad.

If someone you know is at risk

Contact the FMU if you know someone who’s been taken abroad to be forced into marriage.  Give as many details as you can, for example:

The FMU will contact the relevant embassy.  If they’re a British national, the embassy will try to contact the person and help them get back to the UK if that’s what they want.

Read the handbook about being a survivor of forced marriage. It has details of organisations that can give you help and advice.

Get support if you’re a victim of forced marriage in Scotland.

Contact the Forced Marriage Unit (FMU) if you’re trying to stop a forced marriage or you need help leaving a marriage you’ve been forced into.

Call 999 in an emergency.  A trained professional will give you free advice on what to do next.  They can also help you: 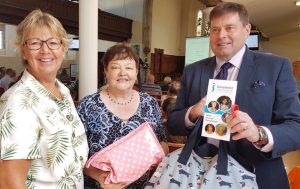 Violence Against Women and Girls

The ending violence against women and girls strategy: 2016 to 2020

provides an overview of the wide range of actions the government is taking over a period of four years to end violence against women and girls.  In March 2019 a refreshed strategy was published to re-affirm commitments to tackling violence against women and children. The refreshed strategy sets out additional actions to strengthen our response through to 2020.  UKPAC intends to encourage programme action in the Specialist Domestic Violence Courts in the UK.  Click here to see Report

The International Day of Zero Tolerance for Female Genital Mutilation (FGM) takes place February 6th.  FGM has been illegal in the UK since 1985. Laws passed then made it an offence to carry out FGM, but this legislation had to be updated for the Female Genital Mutilation Act 2003.  With increasing numbers of girls being taken abroad to be cut, it became apparent that more needed to be done. The spike in cases that occurred around the summer holidays has come to be known as ‘cutting season’.

The updated laws made it an offence to take a girl abroad to undergo FGM, for a UK national or resident to carry out the procedure abroad or help someone not a UK national to carry out the procedure abroad. The maximum penalty is 14 years in prison. Laws are in place to stop FGM, but legislation is only part of the solution. To make real change and end ‘cutting season’ we also have to work together to protect girls who are in danger.

How can you help stop FGM and ‘Cutting Season’?

Here are three things you can do:

If you suspect someone is in danger you can contact the NSPCC FGM helpline on 0800 028 3550. The line is free to call, anonymous and open 24/7. You should also call if you believe a girl has already undergone FGM. ‘Cutting season’ is a threat to potentially thousands of girls in the UK.

UKPAC works with the Prison Reform Trust to help women caught up in the criminal justice system.  The Transforming Lives document has a single aim: fewer women sent to prison across the UK. To achieve this we seek systems change that will: