Modern Slavery: Today is the United Nations International day for the abolition of slavery.  This commemorates the date of the adoption by the General Assembly, of the United Nations Convention for the Suppression of the Traffic in Persons and of the Exploitation of the Prostitution of Others (resolution 317(IV) of 2 December 1949. 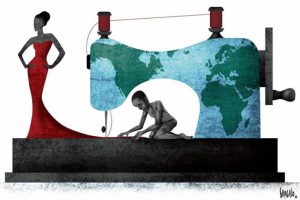 This day reminds us of the continuing problem with modern slavery which encompasses slavery, human trafficking, forced labour and domestic servitude. Traffickers and slave masters use coercion, deceit and force to bring individuals into a life of abuse, servitude and inhumane treatment.

Organised crime groups that operate in the UK with Human trafficking are of great concern in the UK.

One of the speakers from the Chase Midland Regional meeting on Saturday 27th November was Diane Yeadon from Voice of Hope who has been working with victims of slavery and trafficking and has seen first-hand the issues presenting survivors. Voice of Hope are offering training to anyone who would like to know more about this subject.

There are no typical victims in slavery, they can be men, women and children but usually have vulnerability in common.

Spotting the Signs; Indicators of Modern Slavery / Trafficking include:-

Very often victims are unaware they are being used in this way and groups such as Voice of Hope  Salvation Army  and Black Country Women’s Aid Modern Slavery services  are there to support survivors and help them understand what has happened to them.

If you’d like to learn more about what WE do to help – get in touch.