This page is currently being updated.

We get involved with many projects and charities – local, regional, national and international – and below are some of the projects we have supported over the years

Unfortunately, our members and our Club are unable to support applications from individuals seeking financial support for sponsored events; for individual applications for course or conference fees nor requests for financial support for overseas or UK working projects. Some sources of funding from Soroptimist International of Great Britain and Ireland can be found via their website under ‘Our Charities’. S.I.Newcastle upon Tyne sets out its annual programme a year ahead and normally is not able to consider requests at shorter notice.

‘Under the Bridge’ – from 1995 to date – homeless women on Tyneside 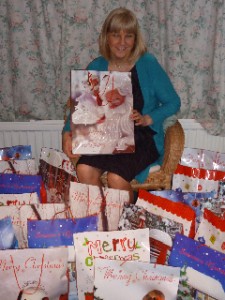 The Lazarus Home for Girls in Bethany on the West Bank – for which we won a Peace and Tolerance award in 2004.

The BIG Project – Birthing in the Gambia 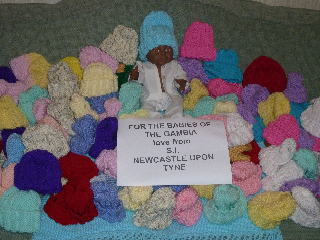 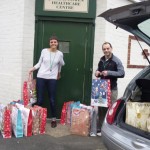 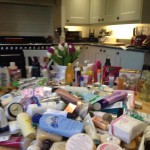 Thanks to all the ladies at northern lasses and ladies that lunch who collected new and used toiletries for our charity Under the Bridge. A magnificent effort by all — with Ladies that lunch. 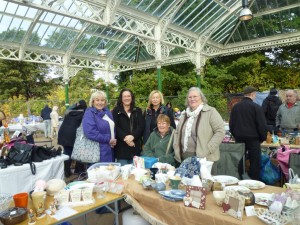 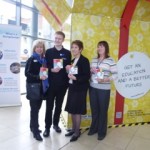 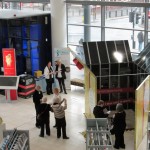 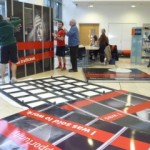 Setting up the GIFT Box in Newcastle central Library: 3 March 2016 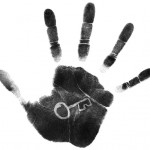 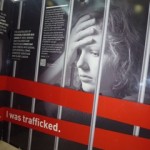 Inside the GIFT Box are 3 true life UK case studies. 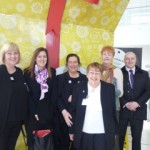 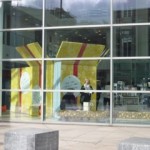 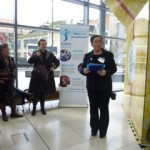 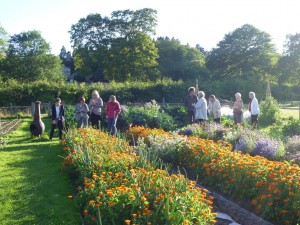 Over recent years the Club has operated an integrated programme incorporating Programme Action bringing together the speaker programme and projects supported by the Club.  This format is proving very popular with members and provides a range of projects and subjects which meets most members’ interests.

So during 2016-17, the Club has focussed on the following areas of Programme Action;

Every month supplies of tea, coffee, sugar and biscuits have been delivered to the Health Centre providing a much needed cuppa over which the service users can chat with staff and others after benefitting from a much needed shower and replenishment of clothes before going back onto the streets. Toiletries and clothing were also regularly donated.

At Christmas we provided another 25 Christmas Bags filled with the goodies that make Christmas for us all – toiletries, makeup, scarf hat and gloves and chocolates for women homeless at this time of year.  As usual they were well received and made this time of year a little easier for these vulnerable individuals. This marks 20 years of support to this project by the Club and continues to be an unmet need in our City.

Another successful and warmer day staffing a table top at Tynemouth Market brought in sufficient funds to not only fulfil our £200 for this year but also to cover next year too! This event brings out many of our members as they enjoy the Service and the Friendship of our work.

Cynthia’s Book Club has joined us in the support of this girls family which in turn supports them to ensure she attends for her education. A further £90 was sent through their support.

To register our protest against Modern Day Slavery in the Fashion and Textile Industries our Club joined with other Clubs in the Region to produce fabric squares which had been signed by members alongside messages against this practice. The squares were sewn together to create a Global Blanket producing an attention grabbing way of lobby for the abolition of slavery when presented at Number 10 Downing Street.

Building on our awareness work through the Gift Box last year, we continue to provide New Start Bags to Northumbria Police who give them to victims of trafficking as they fight this most appalling crime and bring the perpetrators to the justice system.

A number of Clubs in the Region are working with us on this project and together we have provided over 20 bags.

We also heard from Save the Children about their programmes in many countries fighting human trafficking and supporting children who have been and/or preventing them from becoming victims through providing the food, shelter  and education – the basics for life.

Tyneside Women’s Health Project told us about their work with young people to identify when they may have become a victim of domestic abuse and or trafficking.  We offered to explore some joint work around raising awareness but have not as yet been taken up.

A Council of Europe Convention on preventing and combating violence against women and domestic violence was initiated in 2011. The British Government signed up to this in 2012 butwas not formally ratified. In 2016, Banff and Buchan MP Eildh Whiteford put forward a Members Bill on the subject, calling for a ‘united voice’ and “sending out a strong signal to women across the UK”  The Club supported this Bill by campaigned our local MPs to support this Bill as it passes through the various stages in Parliament. We are delighted that MPs voted 138 to 1 in favour of the ‘Preventing and Combating Violence against Women and Domestic Violence Bill’ (commonly called the Istanbul Convention Bill) at its Third Reading on 24th February 2017.

Providing young adults with a Learning Difficulty to prepare for work members provide mentoring and interview experience.  This arrangement delivered through Gateshead College on behalf of Sunderland City Hospitals NHS Trust was a little chaotic and Lis and Christine have worked to rejuvenate the way we work improving the experience of the pupils involved. Gill has also developed a number of educational modules within the course on offer.

So successful has this project become the Club has been approached to extend this work to pupils attending their Newcastle campus.

In addition, we made a donation of £455.37 to the Great North Air Ambulance made up from donations (£250) in memorium of one of our Honorary members, Olive Kaer and donations at our Charter Lunch as we heard about the great work they do.

The past year has been very busy and you will see that we have used various means to raise awareness, campaign and actively deliver service through which we have achieved everything we set out to do. It is interesting to see how working in partnership with a range of people has been an emerging theme this year and certainly appears to have extended our successes.