In 2020, Club members had planned to march through Salisbury to mark the 16 Days of Activism on Violence Against Women and to ‘Orange the World’ to raise awareness. The project team had been working hard, all the permissions had been granted and detailed plans had been put in place…… it was not to be! 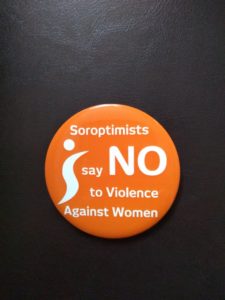 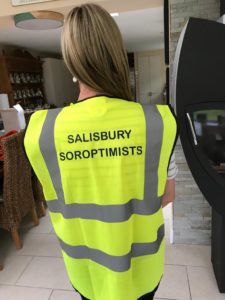 The public health restrictions around Covid19 prevented this going ahead. Instead on Sunday 6 December, members hosted a stall in the Market Square as part of the Sunday Market, to promote our campaign against domestic abuse and violence against women. 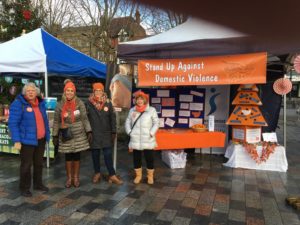 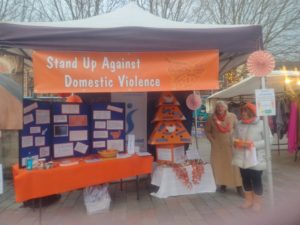 Several project team members wearing orange met with interested visitors and handed out literature and goodies.  Generous donations totalling £50 were collected and these funds were given to Salisbury Women’s Refuge