To celebrate International Women’s Day St Albans and District Soroptimists were joined by Penny Williams JP, Deputy Lieutenant of Hertfordshire, Kate Belinis (also a DL of Herts), members of the Hertfordshire Asian Women’s Association, members of Amnesty International plus many more friends and supporters and their children who came to “Join Women on the Bridge” in Verulamium Park St Albans. The theme for the day was “Make it Happen”. 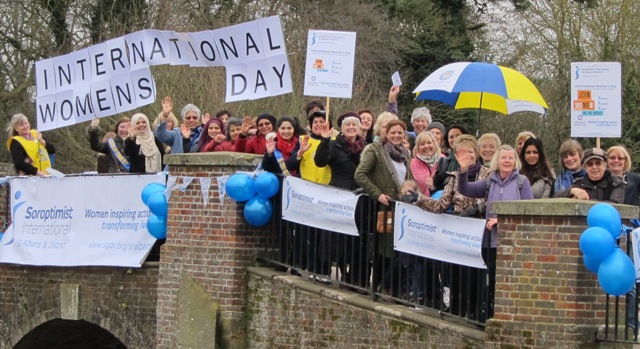 The second part of the celebrations were at the “Inn on the Park” cafe where there were speeches, presentations, tea, cake and networking – perfect! Denise Powell, President of Soroptimist International and District spoke and said “We are lucky to be able to do this in safety, sadly in some countries just gathering like this 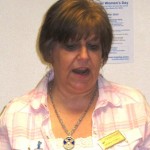 puts women’s lives at risk. Many groups have ‘Join Women on the Bridge’ events like ours to highlight our symbolic support and connection with those brave women who disregard their own saf 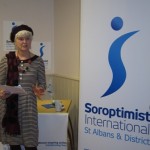 ety to get their voices heard. Many groups have adopted the theme of “Make it Happen” – which is something that Soroptimists and women in general are good at!”
Penny Williams was the keynote speaker – and is known for championing human rights including the rights of women. Penny spoke about International Women’s Day in the context of Women’s Rights and Human Rights. As well as her work as a magistrate, she chairs the Domestic Abuse Forum and is active with the St Albans group of Amnesty International. Penny said “there is a lot of work going on at all levels to improve the rights of women. This work needs to continue to ensure that this happens not just in this country but worldwide.The work that Soroptimists do is invaluable in furthering the cause of women wherever they live – Soroptimists make it happen.” 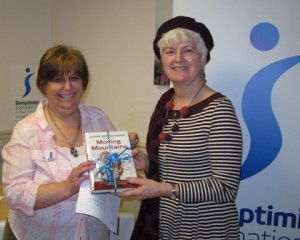 Denise presented Penny Williams with the book “Moving Mountains” by Claire Bertschinger. Claire epitomises the theme of of ‘Make It Happen’, she has been made a Dame for her services to Nursing and international humanitarian aid and was instrumental in the creation of the Band Aid charity. Appropriately  Claire is also a Deputy Lieutenant of Hertfordshire. 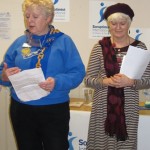 The event was introduced and rounded up by Jane Slatter, Director of Communications Soroptimist International Great Britain and Ireland and Member of the St Albans Club. Jane thanked Denise and Penny “for making us realise how important it is to stand in solidarity with our sisters around the world on International Women’s Day and to understand how much work there is still to be done to ensure that Human Rights are Women’s Rights.” She also thanked her fellow Soroptimists for making the event such a success and to St Albans and the “Inn on the Park” Cafe for being such a great place to hold an event like this. 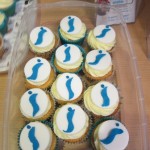 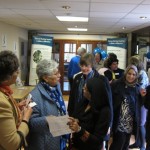 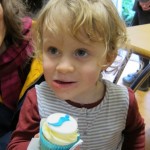 Our Soroptimist sisters in Warsaw also marked International Women’s Day with a “Join me on the Bridge” event – as a symbol of connecting with women all over the world.  See the picture below on the left. 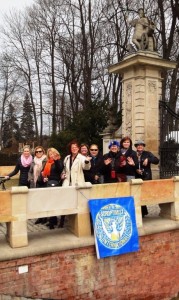 For more images of the day from around Soroptimist International Great Britain and Ireland see: www.sigbi.org/2015/international-womens-day-2015

Across the world thousands of Soroptimists mark International Women’s Day with hundreds of activities and events on and around 8 March – many of them stand in bridges in solidarity and as a symbol of the global connection with one another.  In some countries just gathering like this puts their lives at risk. Events highlight the economic, political and social achievements of women, and raise awareness of work still to be done to build a better world for women and girls.

The first International Women’s Day events were run in Austria, Denmark, Germany and Switzerland in 1911 and were attended by over one million people. 104 years on, International Women’s Day (IWD) has become a global mainstream phenomena celebrated across many countries and is an official holiday in approximately 25 countries including Afghanistan, Russia, Ukraine, Vietnam and Zambia. Thousands of events occur not just on this day but throughout March. Organisations, governments, charities and women’s groups around the world choose different themes each year that reflect global and local gender issues, for more information see the website: www.internationalwomensday.com