SI Bournemouth members were excited to welcome Mayor & Mayoress of Bournemouth, Cllr Derek & Dorothy Borthwick, to their October business meeting.  This was an opportunity to explain further the work of soroptimists locally, nationally and internationally which the Mayor & Mayoress had already been introduced to at the club’s anniversary celebrations in September. 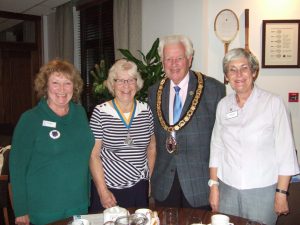 Dr Louise Parkin, a local GP, gave an informative talk about her work with the local charity ‘RespectED’.  The charity aims to provide sex and relationship education to students in Poole and Bournemouth secondary schools. The work of the charity emphasizes the emotional element of this important part of education and fills a gap which is all too often left lacking due to financial restrictions and lack of trained personnel within the education sector. 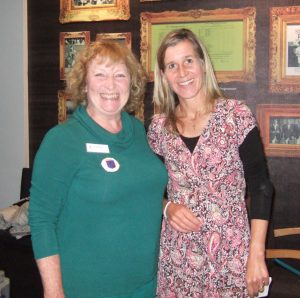 Following Dr Parkin’s presentation President Liz had the pleasure of inducting new member, Janet Coope, into our global organization.  Janet got to know about Soroptimist International when she visited the Bournemouth club as Mayoress of Bournemouth and her interest blossomed from then.  Janet is a PA in a local legal business as well as being a wife, mother and grandmother. 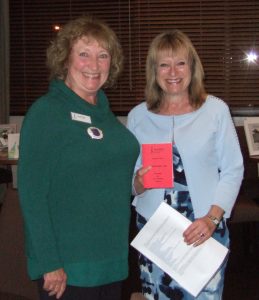