The Club has now twinned 3 toilets for Toilet Twinning www.toilettwinning.org following successful fundraising and donations starting last November on World Toilet Day www.sigbi.org/st-albans/2016/toiletday/  We started by having a

bottle sale which raised £67.55 and then Members took away disposable recycled coffee cups to “spend a penny” between November and February.

so that a toilet could be twinned as a gift for President Denise at the end of her three years as Club President – what else could a girl want? Denise was really chuffed – please see pic where Denise was presented with her certificate of her Twinned Toilet in Nepal at the Club’s AGM. For every £60 raised Toilet Twinning twins a toilet with a loo halfway around the world, in a country of our choosing. Toilet Twinning is particularly close to Soroptimists’ hearts because we know that without toilets girls don’t go to school and get an education – it’s also vital for health and the economic empowerment and sustainability of communities- particularly in rural areas. The second toilet presentation went to Old London Road

new toilets at the Scout Hut which houses the school. Their Twinned Toilet is in the Ivory Coast so was presented to Linda (pictured here) who is from the Ivory Coast. The two pupils pictured with the certificate were very excited because they couldn’t wait to cut the toilet-shaped cake at the toilet party. The third toilet twinned certificate was presented to Jenny Hawkins, Church Secretatry, for United Reformed Church Chiswell Green. Jenny (pictured here in the pink) was delighted to receive the framed certificate with the picture of the twinned toilet in Zimbabwe from President Rita (the URC loo is pictured below). Finally Janet Audley-Charles our Member and Leader of the Old London Rd Pre-School accepted the certificate of the school’s toilet twinned with Ivory Coast a bit more formally than at the toilet party and joined Jenny and Rita for a “twin” Toilet Twinning photo! Janet made everyone laugh when she told us how much fun the school had at their toilet party! 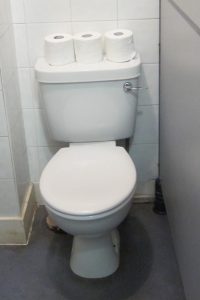 The Club celebrated its Diamond Anniversary in April 2017, and this project was a “60 for 60″ production……..