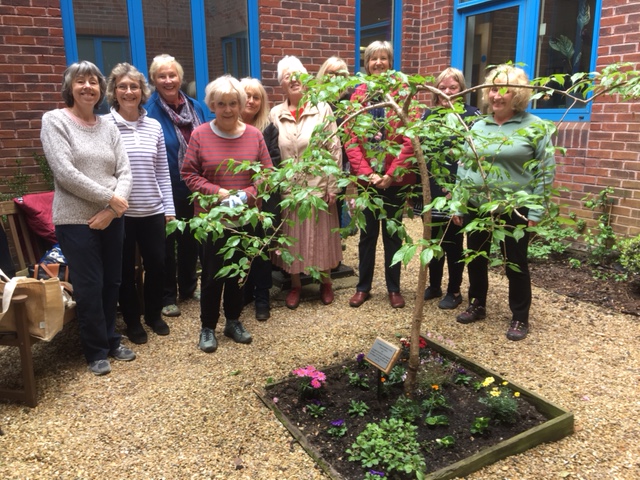 Bournemouth and Poole Soroptimists have supported the Sexual Assault Referral Centre (SARC) in Bournemouth for its lifetime. Members initially lobbied Dorset Police and potential partners to get the unit established.  Following this achievement they contributed items ensuring that the unit would feel more sociable e.g. a microwave and pictures for the walls were provided as funding didn’t run to luxuries. In particular they transformed the courtyard garden that was full of weeds into a pleasant place for a little respite time in a garden planted with shrubs and flowers.

The SARC has become better known recently after being featured in the latest TV drama series of Broadchurch. Staff, associated specialist advisors and rape crisis workers were able to advise the cast in order to demonstrate an authentic portrayal of what happens when a person is raped.

Since the SARC was opened Bournemouth and Poole Soroptimists have visited bi-annually to maintain the garden, planting seasonal flowers each spring and autumn and ensuring that weeds are kept to a minimum.

Both clubs have enjoyed informative talks by the SARC manager at club meetings to raise awareness as well as fund raising for the centre.