The White Ribbon Campaign (WRC) is a global movement of men and boys working to end male violence against women and girls. It was formed by a group of pro-feminist men in London, Ontario in November 1991 as a response to the École Polytechnique massacre of female students by Marc Lépin in 1989. The campaign was intended to raise awareness about the prevalence of male violence against women, with the ribbon symbolizing “the idea of men giving up their arms. Active in over 60 countries, the movement seeks to promote healthy relationships, gender equality and a compassionate vision of masculinity.
For 16 days , starting on November 25th, thousands of people across the UK will wear a white ribbon , and to take a stand against violence. 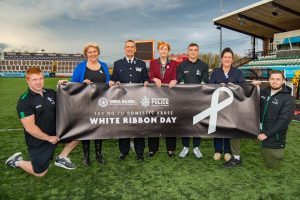