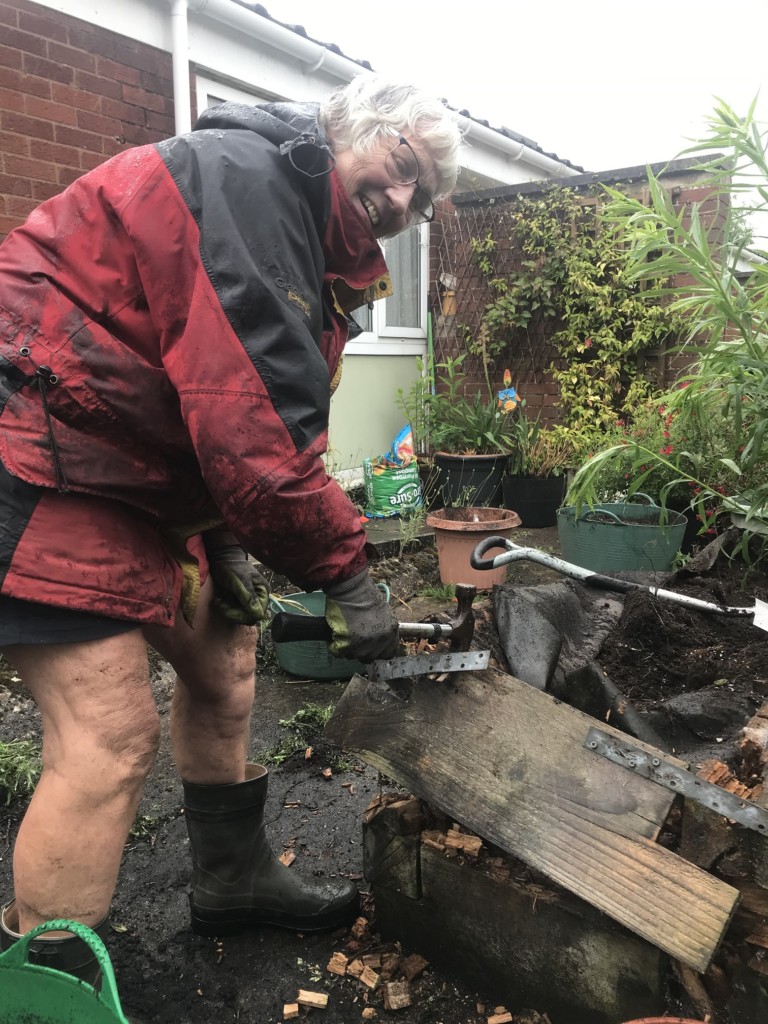 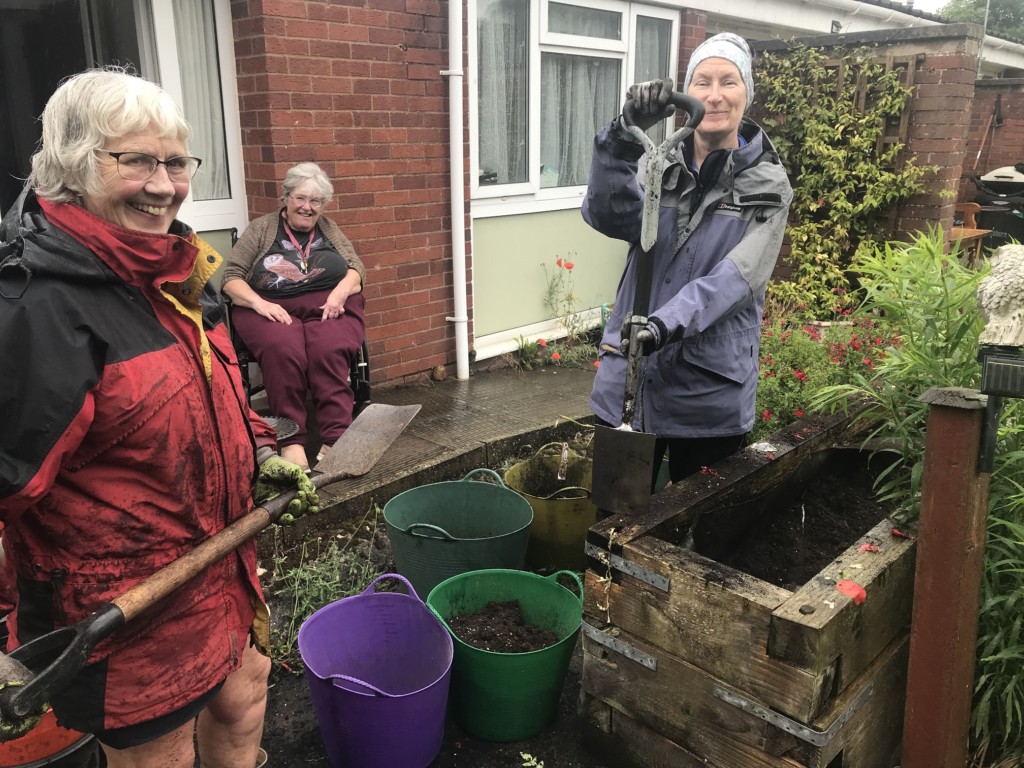 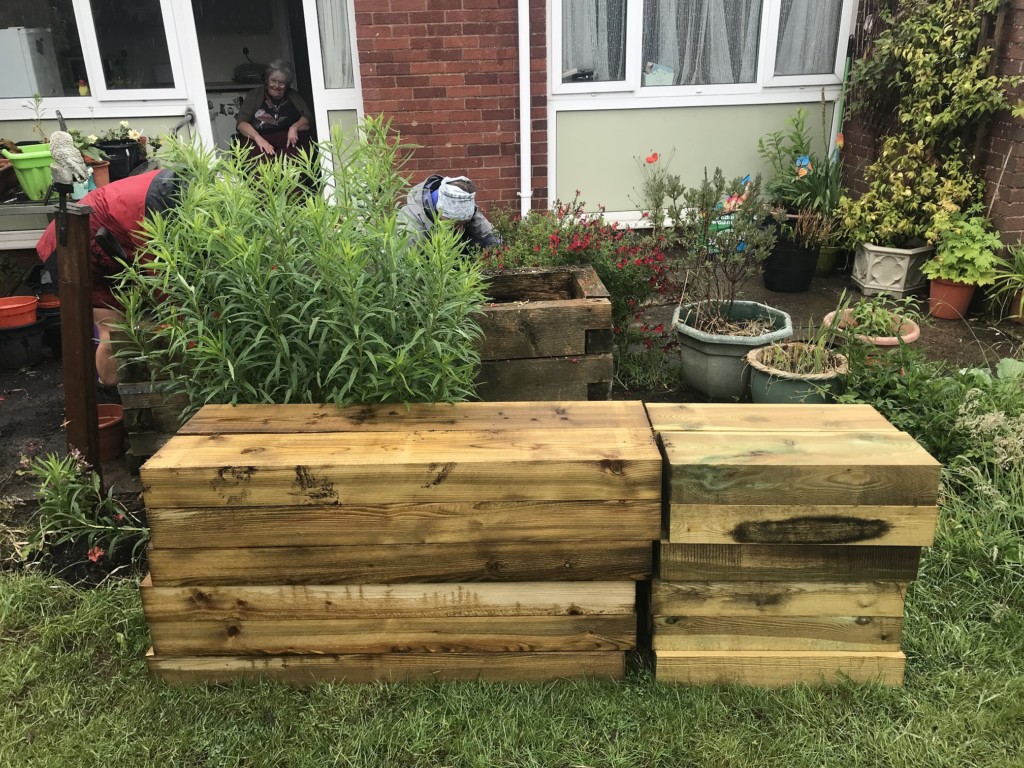 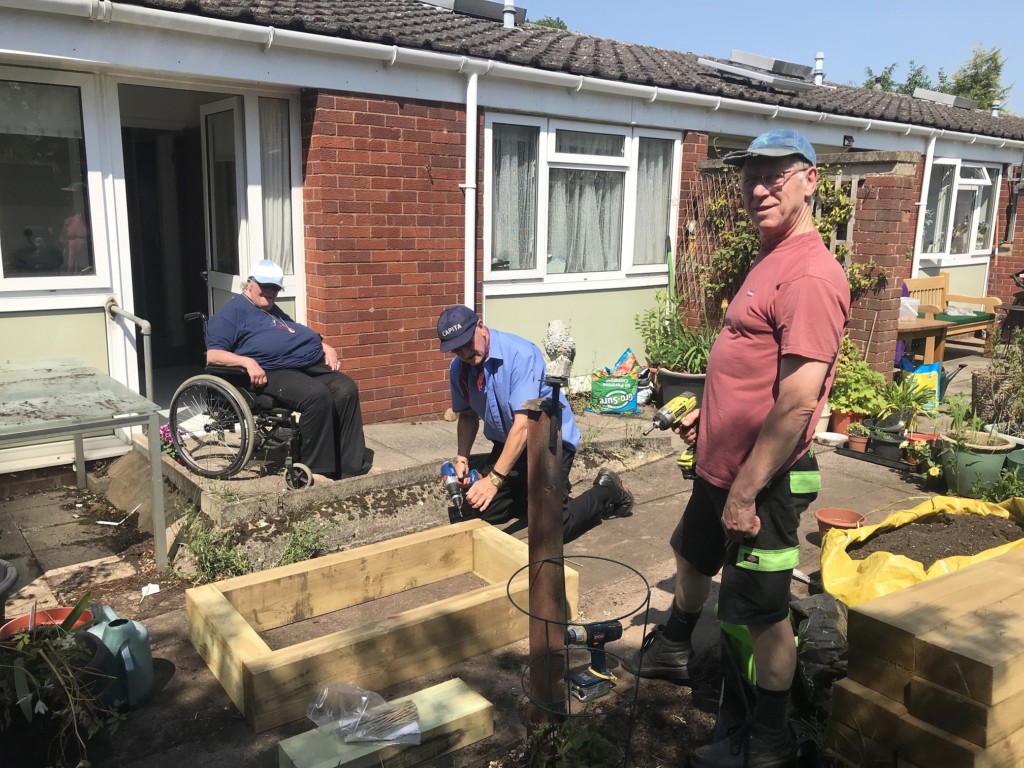 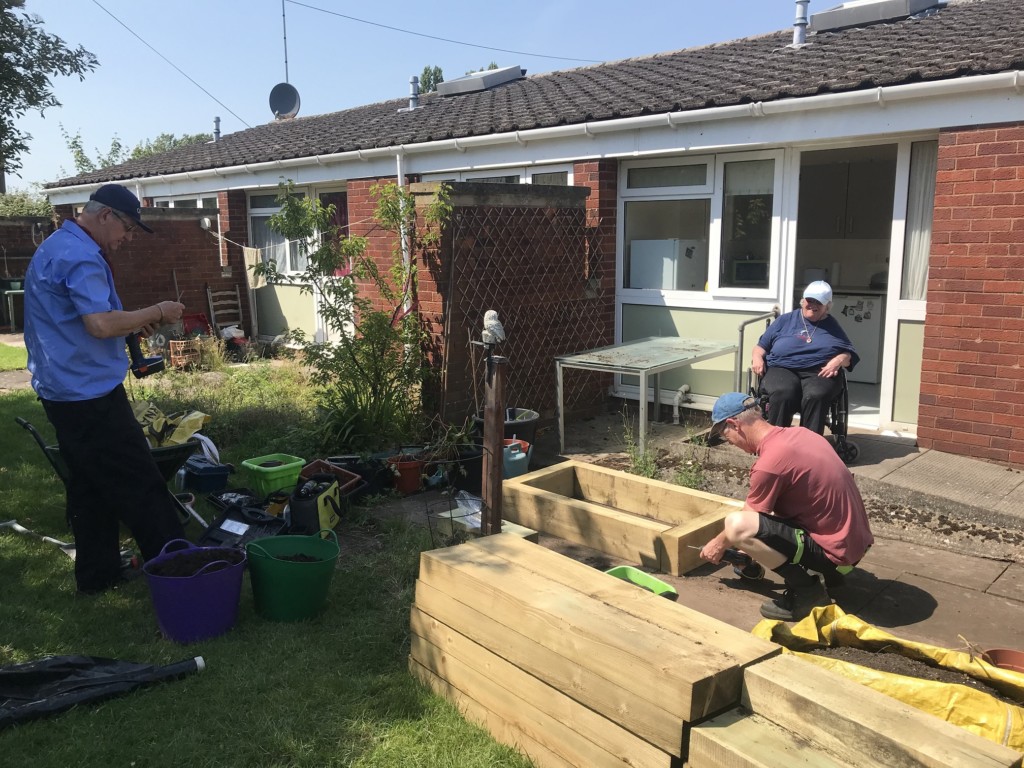 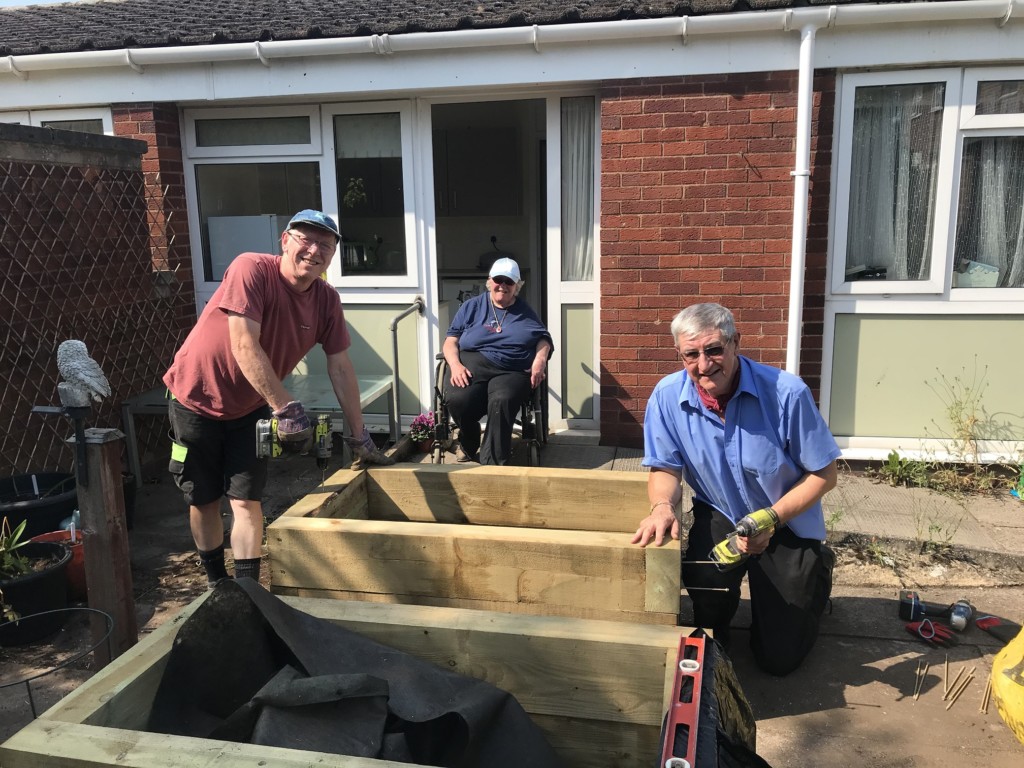 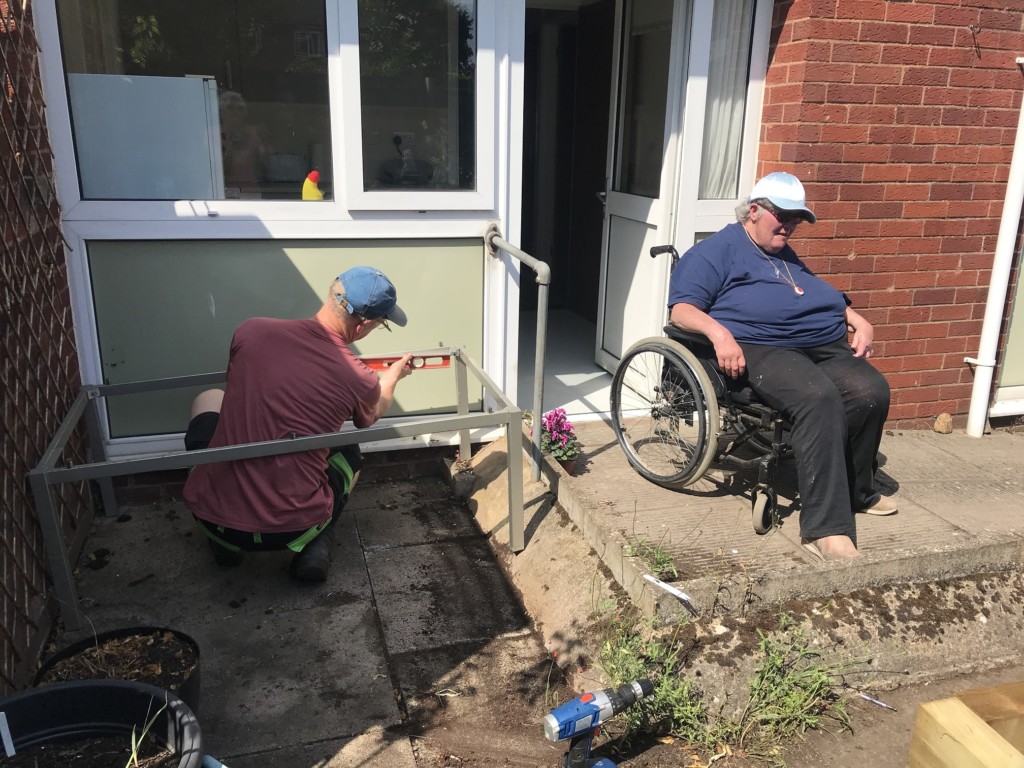 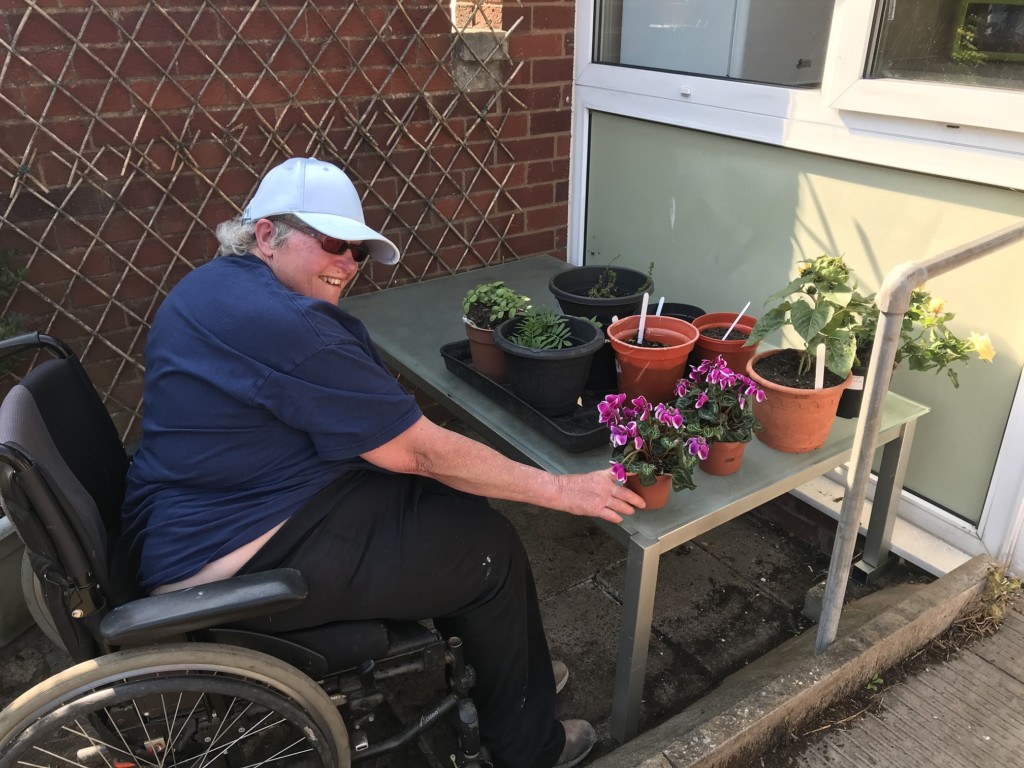 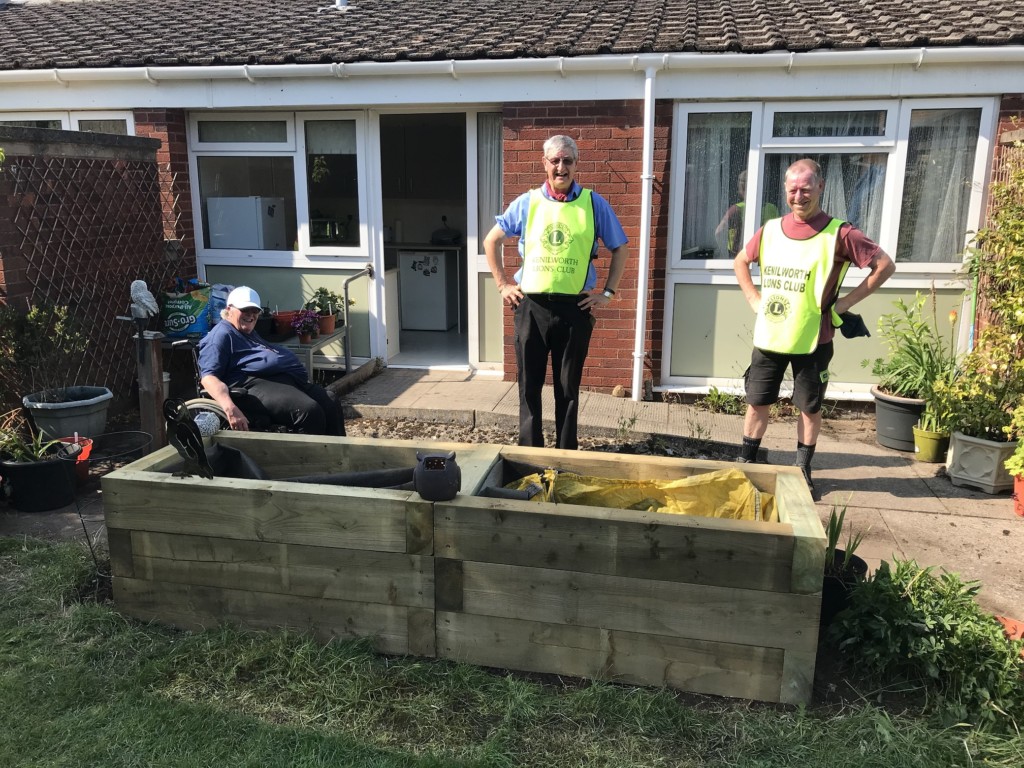 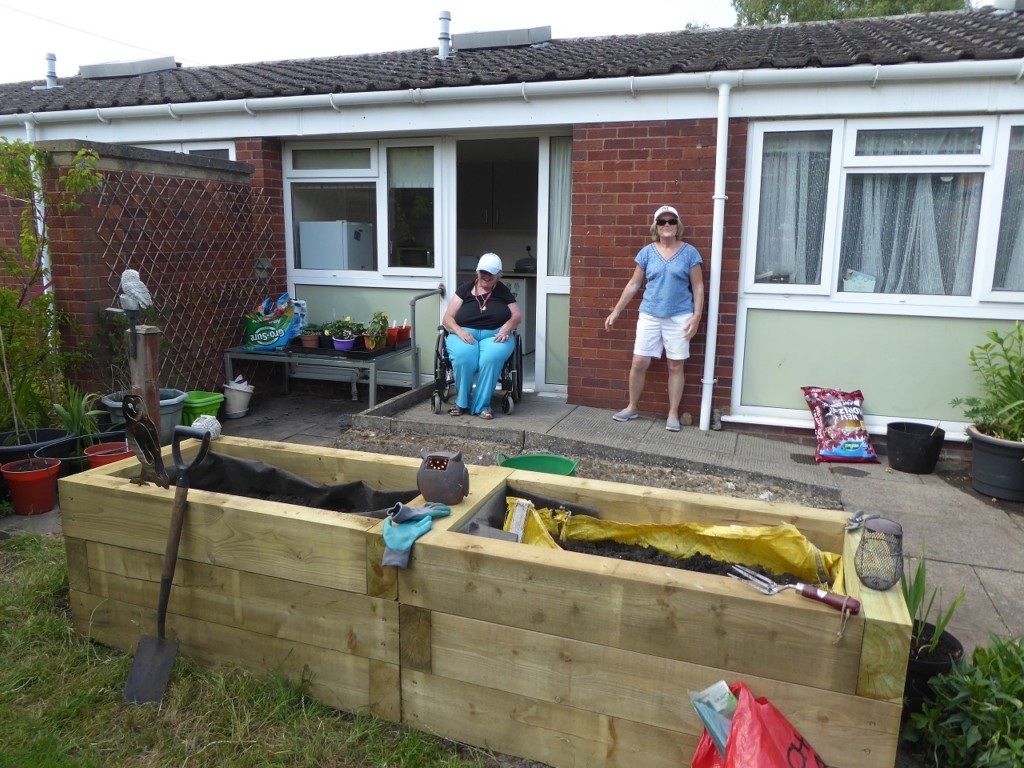 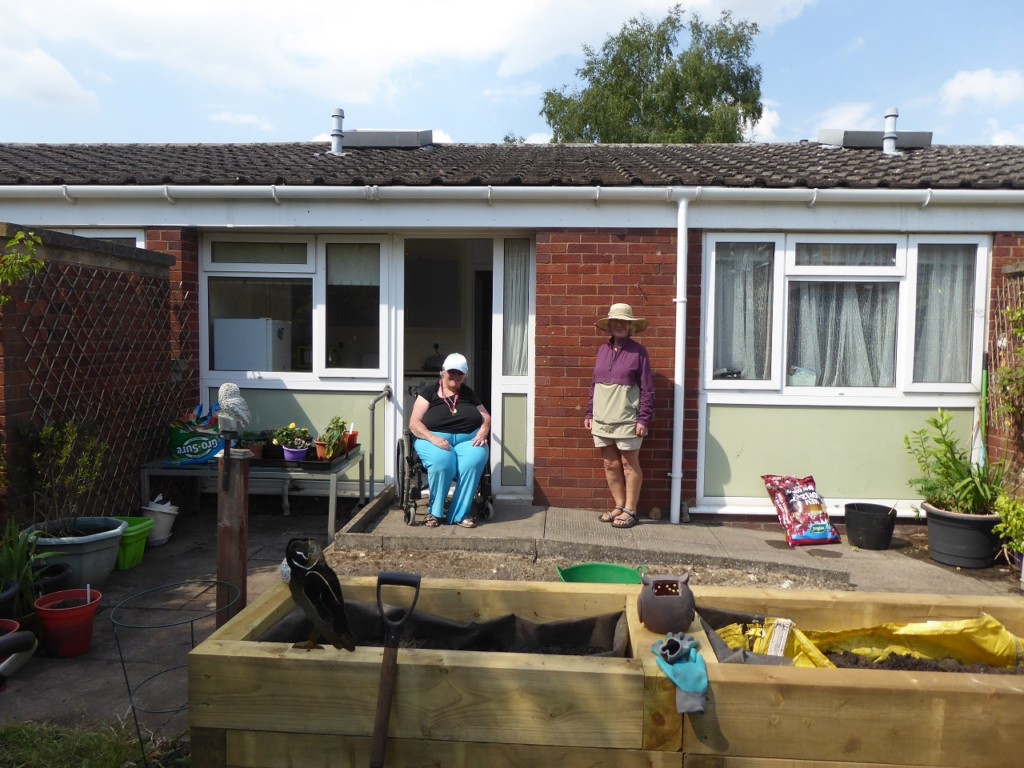 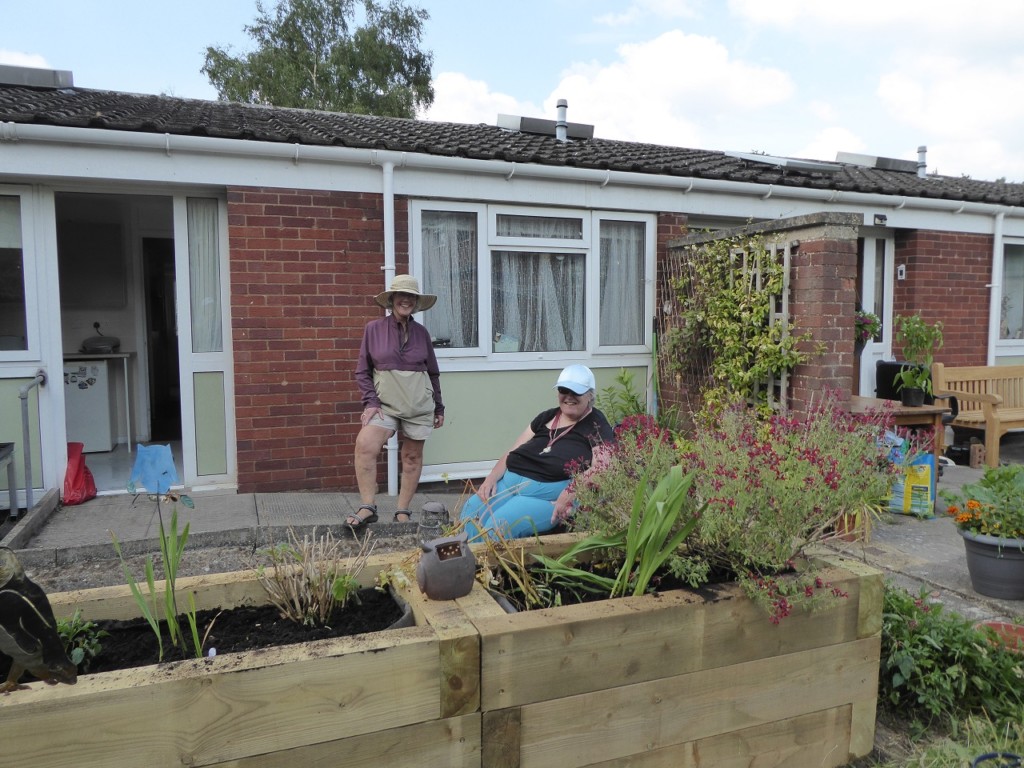 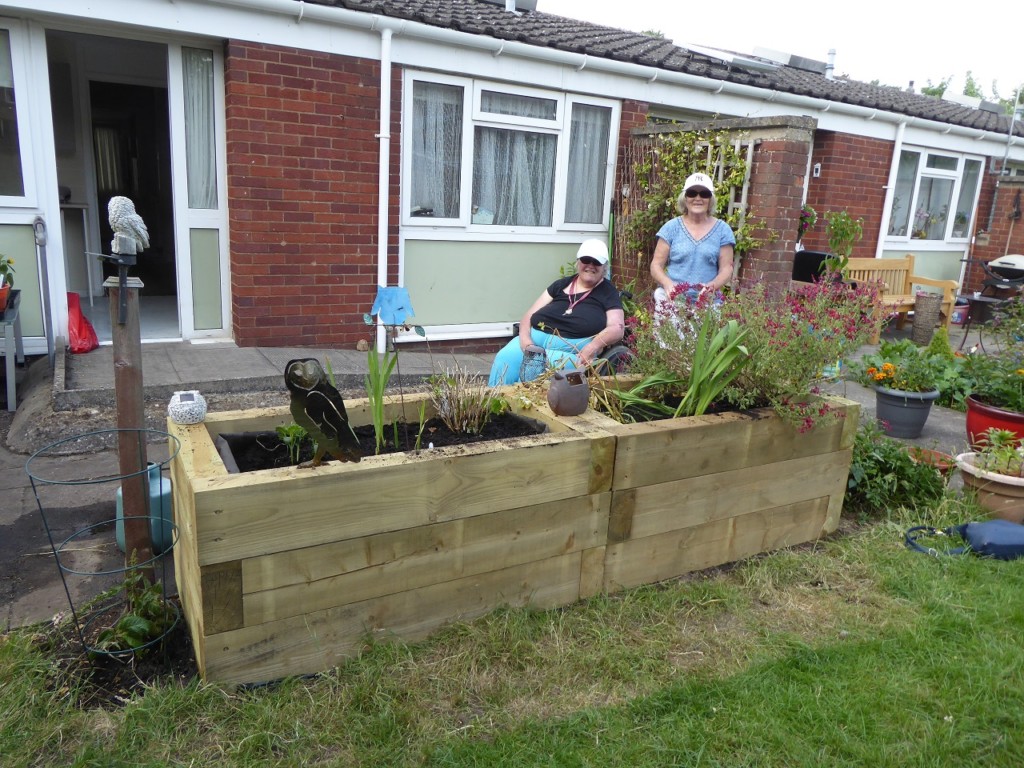 Call your friends in Soroptimists of course!

Back in June we got a call from our friend Joan, who lives locally in sheltered accommodation.   The planks of her wooden planter looked more like a Jenga® tower with bits sticking out.   Was this alright?    Probably not!   A Club member rushed round to survey the damage.   To her dismay Joan’s raised bed in her planter was in grave danger of collapsing.    She strongly advised Joan not to venture out until we could sort it.

But in those immortal words ‘Houston we have a problem’ 🙁

We had very little in the kitty to buy Joan a new planter and very little opportunity to do any fundraising.   Our treasurer gave us enough money to buy a medium sized one.   And Garden Sleepers, the company ,we bought it from kindly gave us a special price as it was for such a good cause.   Thankfully, an appeal to the Kenilworth Lions ‘Pride of Lions’ grants came back with a super quick response.   Yes, they would match us, so we could order two planters! Yay!

We were not to be daunted by the weather nor the restriction placed on us by Covid 19.    A small working party was quickly organised to empty the planter and make it safe for Joan to venture out onto her patio.   The plants and bulbs were carefully saved and potted up.   Shovels to the ready and the soil moved into a build-bag.  Then we had great fun using the power tools to loosen things, love a battery operated screw driver!  The wood was so rotten that judicious use of a hammer also helped to dismantle the sides.   It was all very satisfying.

Boys and Their Toys

Next it was the turn of two of Kenilworth Lions – who just happened to be married to two members of our Club!

The Lions set to work and soon had the new planters built where Joan decided that she wanted them.   More power tools were involved which created some envy, especially the impact driver.   We may have to apologise to one of our Club members as her husband doesn’t want to wait for Christmas and he’s just had his birthday!

They also took the opportunity to cut the legs down on Joan’s potting table to make it easier for her to use and generally get around her patio.   This has also had the added bonus of providing Joan with a shady spot on her otherwise sunspot of a South facing garden.

Sadly Alan Titchmarsh was unavailable but with Joan directing us, the Soroptimists refilled the two new planters.    They managed to use the old soil and with plenty of fresh compost on top.   They replanted the bulbs and plants.   Joan will no doubt be heading off to the local shops to buy some more to fill the gaps.   She’s incredibly green fingered and does love her garden.

So what does Soroptimists plus Lions equal? 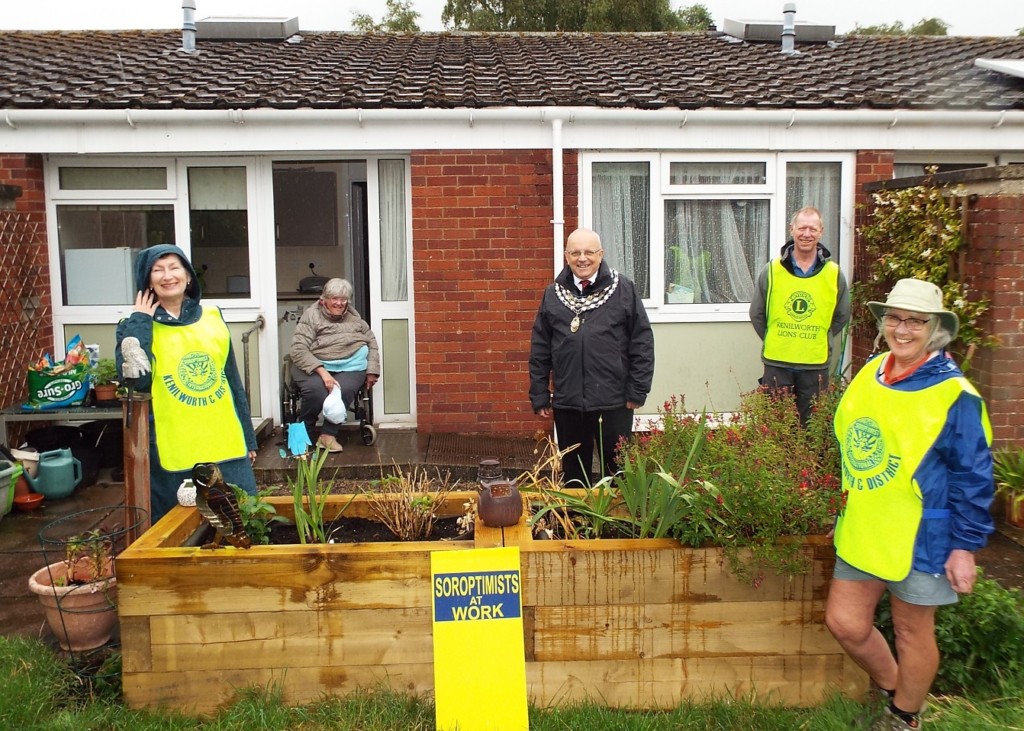 Teamwork!   Despite the rain, Richard Dickson, our Kenilworth Town Mayor came to see what we’d been up to.   And have a chat with Joan to check that she was happy with what we’d done!   It was a great demonstration of how our two service organisations in the local community have worked together.