A visit was arranged for members and friend to visit this historical Hall. Thoresby Hall is a grade I listed 19th-century country house in Budby, Nottinghamshire. It is one of four neighbouring country houses and estates in the Dukeries in north Nottinghamshire all occupied by dukes at one time during their history. It is now a hotel. The Pierrepoint Family first built the hall in the 17th century.

To minimise a perceived threat from coal mining subsidence the buildings were sold to the National Coal Board in 1979 and sold on the open market ten years later. After a number of owners it was acquired by Warner Leisure Hotels and opened as an hotel in 2000 after extensive refurbishment

A Warner’s guide showed the party around the renovated hall and gardens, giving us an insight into the past and present. Another successful outing which we enjoyed. The afternoon was rounded off with Tea and cream scones. 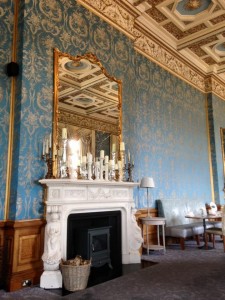 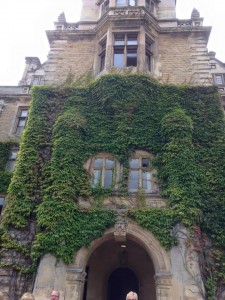