At our first speaker meeting of 2022, we welcomed Jill Newsham who gave us a fascinating presentation on three notable department stores – Boothroyds, Broadbents and Bobbies (later Debenhams).

With some amazing photos, Jill described the fascinating history of the stores and how the vision of their founders became reality – sometimes changing their names along the way, as partnerships were made and dissolved and properties were sold. The stores became elegant shopping venues and meeting places.

Boothroyds was founded by Boothroyd and Jolly and Broadbents by Stinson-Broadbent. The Broadbents site was subsequently sold to Owen-Owen and then to BHS for £500,000. The north end of Lord Street developed slightly later for retail. In 1920, Bobby’s of Margate opened a store on Lord Street, this being their most northerly site. It was subsequently sold to Debenhams, trading as Marshall & Snelgrove, a family brand with a proud history. In 1970, the store was rebranded as Marshalls and in 1972 as Debenhams.

Once popular venues in Southport, these stores no longer exist and are just memories.  Broadbents and Boothroyds combined and occupied Boothroyds site on Lord Street and were then absorbed into the Beales company. Beales closed their doors a couple of years ago but have recently re-opened, as a consortium of a number of in-store concessions.
The Broadbents site was occupied by BHS until the demise of the company, after which it remained empty. But the site may be in line for some regeneration, so watch that space!
The Bobbies site, most recently occupied by Debenhams, now sadly remains empty.

Prospective member Jill has researched and presented on local history at the Atkinson in Southport.  This particular  presentation is available on the Atkinson website here and is certainly worth viewing.

This was a very interesting talk, enjoyed by members both on Zoom and in the Clubroom, some of whom had fond memories of these wonderful stores. 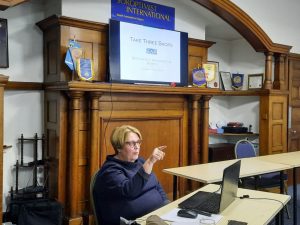 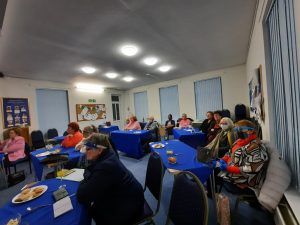 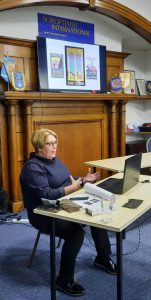