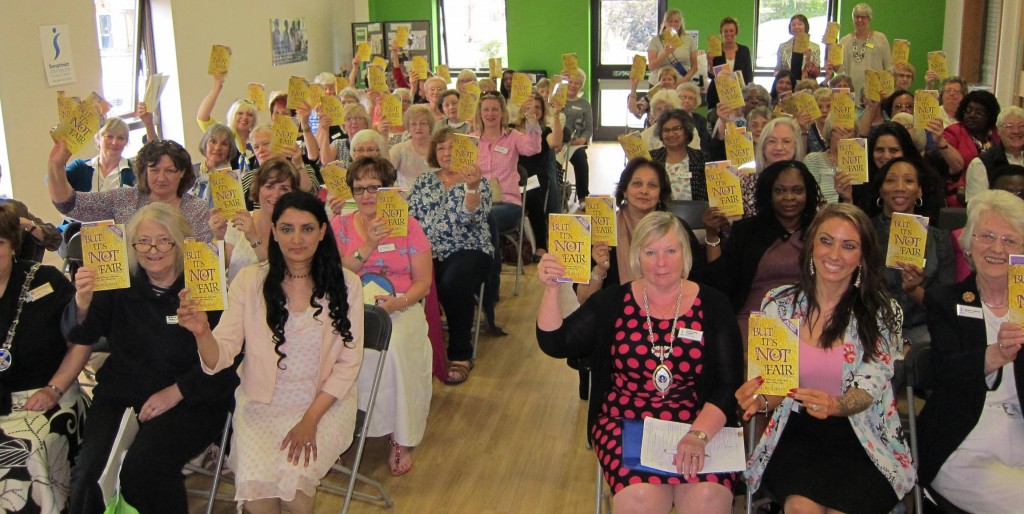 Forced Marriage was the topic for the morning – with keynote speaker Aneeta Prem, founder of the Freedom Charity www.freedomcharity.org.uk The charity works to empower young people to feel they have the tools, confidence and support around the issues of family relationships which can lead to early and forced marriage and dishonour based violence. Aneeta has been on national TV recently covering these important human rights issues. Aneeta was joined by Sophie Lott from the Home Office Forced Marriage Unit (see picture below Sophie L Aneeta R). Recent law changes haven’t forced this crime underground – in fact there was the first sentencing only last week. 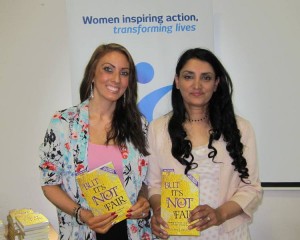 Aneeta told some moving stories about individuals’ personal horrific stories of forced marriage – and these are just the tip of the iceberg – forced marriage affects girls everywhere. Aneeta brought copies of her book “But It’s Not Fair” for everyone (see picture above) – the book’s tag line is “Reading this book could save your best friend’s life”. This book is being used in schools to help the children to look out for the signs and say something if they think a friend will/has become a victim of forced marriage. Freedom also has a rescue helpline.

Aneeta advises that there are Freedom School Packs available and also Young Ambassador Packs for working with schools with Forced Marriage as a curriculum item. She also said the Freedom would welcome Soroptimists and volunteers to help deliver the workshops in schools. Aneeta has almost completed a book on FGM which will be called “Cut Flowers” – 20,000 girls/year in the UK are cut – it is a violation of Human Rights. We are all incited to challenge language – honour based violence must be called “DISHONOUR based violence” – calling it honour makes what has happened to the victims appear benign.

Women and Engineering was the topic for the afternoon – Vanessa Diaz, Women’s Engineering Society (WES) Council member and an Engineer working in Medical Research 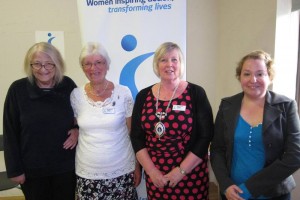 gave us a fascinating and highly energetic insight to her work – she is like a human dynamo! It is National Women in Engineering Day on 23 June www.wes.org.uk/nwed  –  Vanessa talked about the shockingly few women engineers we have in the UK (8.7% of engineers are women which is the lowest in the world). WES (based in Stevenage) works to promote women in engineering including outreach with schools to encouraging more girls to take up exciting careers in Engineering. Our Club was fortunate to have a past President of WES as a Member – Peggy Hodges OBE. Jackie Paling, a Chemical Engineer and another inspirational Soroptimist was also at the meeting. Jackie has been a member of WES for 40 years and gave a brilliant vote of thanks to Vanessa which included telling us about some of her own challenges in overcoming barriers to become an engineer in the first place. Jackie has been ill recently and she challenged herself again to be with us – saying “I wouldn’t have missed it for the world” – and we wouldn’t have wanted to miss having Jackie with us either! In the picture above L to R are Jackie Paling, Rita Beaumont and Pauline Panter (joint Regional Presidents) and Vanessa Diaz.

Soroptimist International Great Britain & Ireland (SIGBI) Immediate Past President Margaret Oldroyd gave a presentation on “Building the Future of SIGBI” which was very well received – even in the after lunch grave-yard slot!

The speakers were inspiring, the company was great, the food was delicious, the venue was perfect – what a wonderful women’s conference!