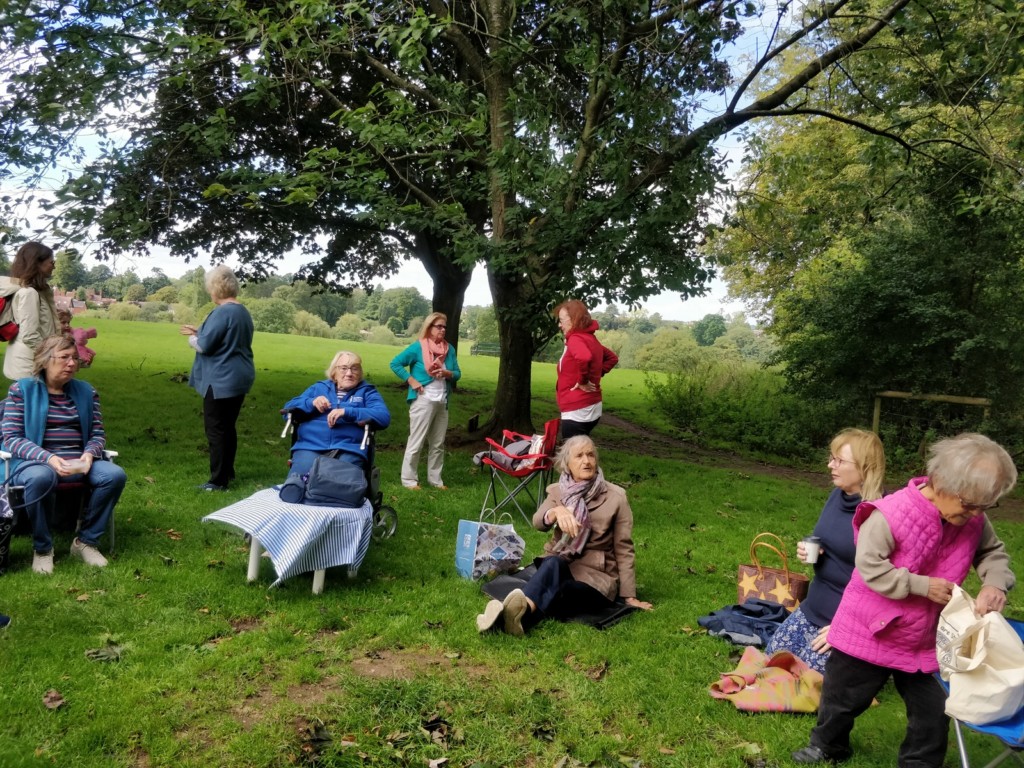 Ok so we didn’t take our Teddy Bears but we did take our best smiles to a picnic on August Bank Holiday Saturday.   In true Winnie the Pooh style it was rather a blustery day but that didn’t stop us from meeting up to enjoy each other’s company.   At a safe social distance of course 🙂

And a Speaker Meeting

It was great to have a sense of normality and meet at our usual venue on the second Thursday of the month for a speaker meeting.   President Gill and Elaine went to great lengths working with the Holiday Inn to ensure that we were Covid safe.   Nineteen Club members listened to our speaker, Hazel Gumbs about how to recognise Coercion and Control.   Hazel also brought her sister Karen. 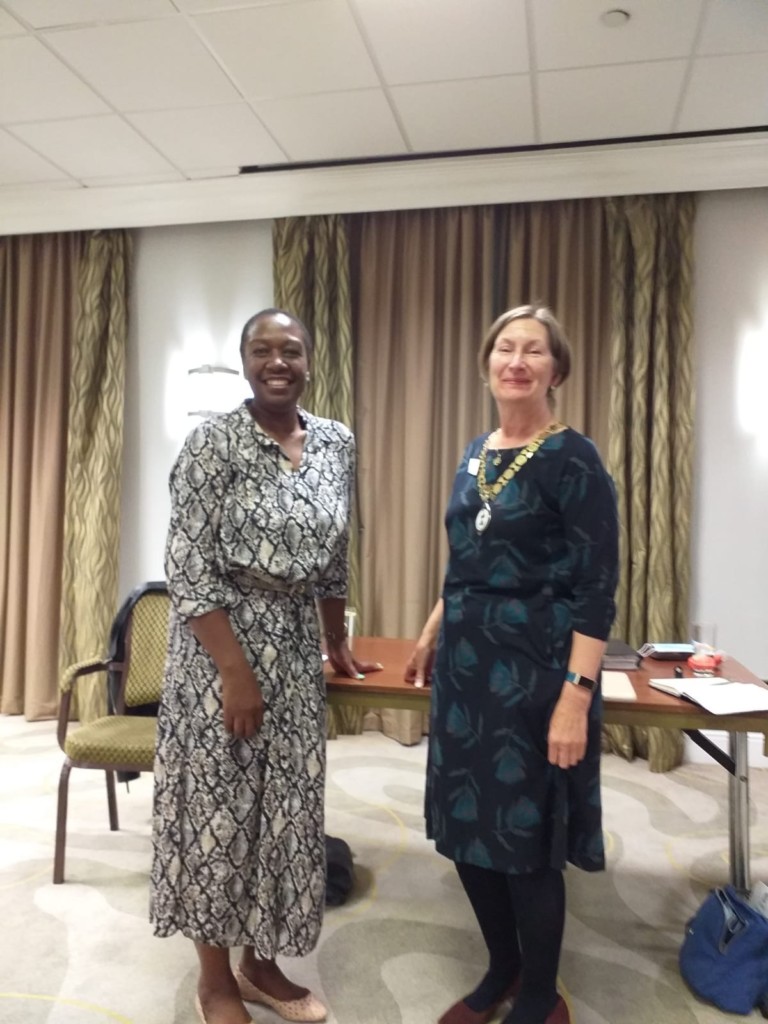 Hazel is a Consultant, and works at IRISi,

They work collaboratively with partners to develop innovative, evidence-based health interventions for those affected by gender-based violence

Hazel’s background is in law.   However, she has worked in the gender-based violence sector for the past 12 years.   Including working with Black Country Women’s Aid.

Hazel is currently delivering a programme of training in Domestic Abuse and Violence awareness to GP practices in the area.   The aim is to transform Health System’s Response to Domestic Abuse.    Which sadly is historically statistically low. She has delivered similar training to the Police.

She came to talk to us about How to Recognise Coercion and Control.

The definition is: a pattern of Psychological, physical, emotional and/or financial abuse, for anyone aged 16+.

Coercion can be an ongoing pattern of domination, isolation, intimidation, exhaustion, and threats, both sexual and violent.   A victim is likened to being a prisoner of war.   The perpetrator may move the goalposts, reduce the quantity of sleep, create anxieties where none would exist, slap, stare, and other manipulative behaviours to obtain control.   The perpetrator may say that the victim does not need to work, to isolate and take away the choices that a victim would normally be able to make.

Hazel showed us the useful documentation: the power and Control wheel, to demonstrate these behaviours.

The perpetrator may threaten to kill children and/or themselves, just to “hurt” the one left behind.   Victims do not talk about it through shame.   The psychologically abused victim is likened to a person existing in a state of PTSD.   As the victim continually replays the incidents in their mind.

The first step for anyone identifying a potential is to Listen and Believe, in the order that the victim can start to communicate. Then eventually suggest that the person keep a diary.   With  details of each event, text messages etc. so that the situation then becomes obvious.    The victim is quite often in denial.  This then forms the basis of evidencing the abuse to the authorities. 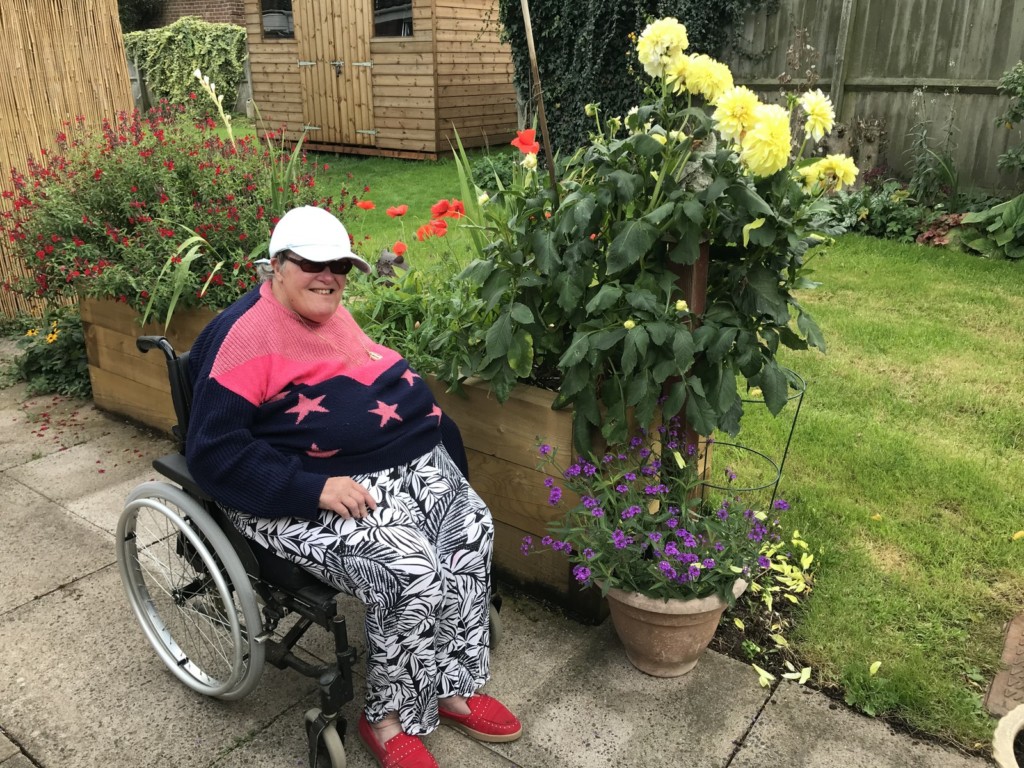 And of course the Ground-force team continued to help our good friend Joan.  We took it in turns to water / bail out her pots as the weather dial swung from scorchio to soakio.

Carole N took her lawn mower round to cut the little patch of grass and generally keep things tidy for Joan.

Joan does so love her garden and is very appreciative of the work we do.   Don’t her dahlias look amazing in the new planter!

And last by by no means least, eight of our Club joined the AGM via Zoom.   We were there to celebrate our very own member, Elaine, who will become President during Conference. 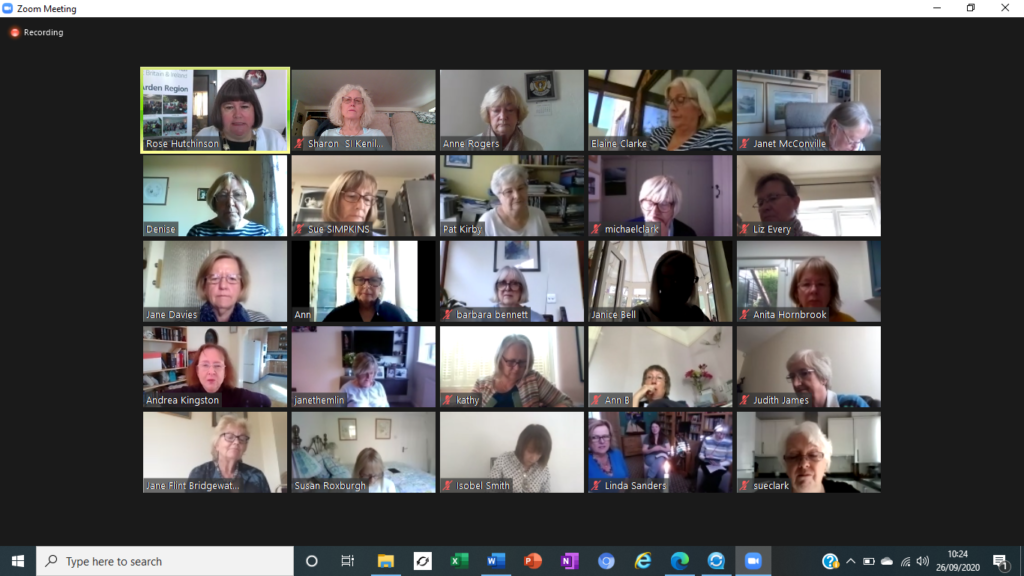 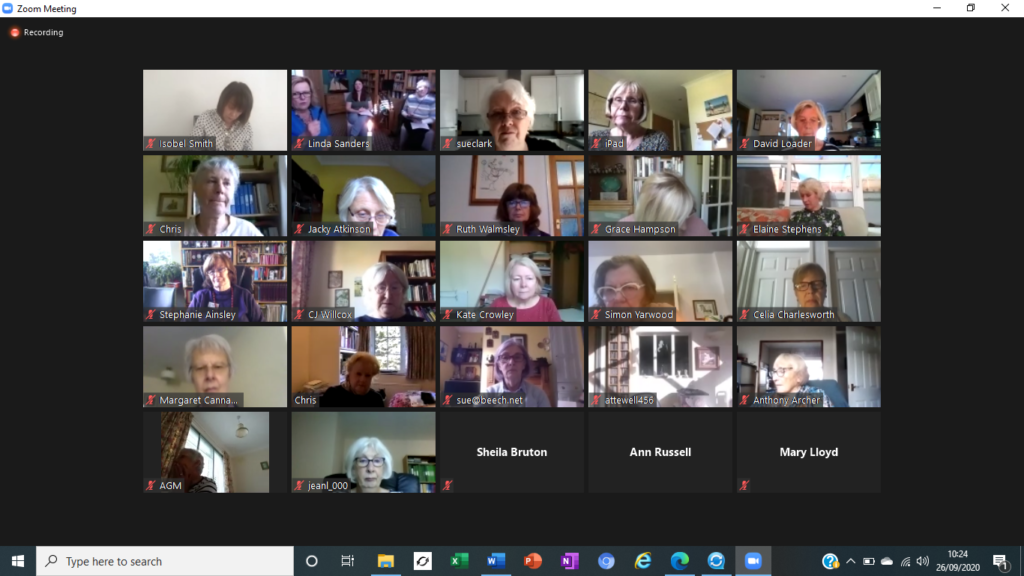