Our ‘Safer Salisbury’ project was launched with a conference last year. Since then a steering committee has taken the initiative forward, there have been streetlighting audits and a Schools’ Forum.

This time, we wanted to engage with the public and ask the question “What would make you feel safer in Salisbury?”

Although the physical structure of the city, providing good lighting and uncluttered streets help make us feel safe, it is often more about the behaviours and attitudes of others. There are many campaigns working to change unacceptable behaviours.

White Ribbon – aim that men promise to never use, excuse or remain silent about men’s violence against women

‘Do the right thing’

Dame Vera Baird KC, Former Victims Commissioner talked about ‘why words matter’ in the campaign to challenge harassment and aggression especially by men and boys which can lead to violence. She gave examples from her time as PCC for Northumbria of how she set up safeguarding and bystander training for door staff working in Newcastle’s night time economy. This resulted in a much more supportive and safer environment for women and girls and other vulnerable members of the public. This was underlined by Brendan Jeynes on behalf of Pubwatch, who trains staff in the night-time economy to look out for vulnerable people and offer help.

Philip Wilkinson, Police and Commissioner for Wiltshire, gave an overview of the Wiltshire and Swindon Police and Crime Plan and how he will ensure it is delivered by his office, the Chief Constable and his policing team. He pledged to ensure Violence against Women and Girls remains a high priority for Wiltshire Police and is tackled firmly wherever and however it emerges.

Detective Superintendent Sarah Robbins, Wiltshire Police Lead for Violence against Women and Girl,s presented Wiltshire Police’s approach to tackling these kinds of crimes and how, despite what she called ‘the lowest level of resources in (her) policing career’, she and her colleagues had given domestic abuse and violence against women the highest priorities in their response strategy. She noted that the police now need to rebuild trust after the murder of Sarah Everard in March 2021.

Carolyn Deverall-Hart, Commissioning and Partnerships Manager at the Office of the Police and Crime Commissioner for Wiltshire gave an overview of the Wiltshire Safety at Night Charter, which will be launched later this year and will aim to sign up licenced premises and venues operating in the night-time economy to the pledges in the charter. This Charter and its implementation will include the kind of training that Dame Vera ran in Newcastle.

The panel answered questions from the audience about: street harassment and how that is dealt with by police, how education in our schools from a young age should address attitudes and behaviours and how we can all get involved in being positive role models and active ‘bystanders’ when we see examples of misogyny or other abuse.

The Banqueting Hall became an information hub with stalls  displaying the work of many local organisations concerned with safety around the city and beyond.

Salisbury Mayor, Tom Corbin, was one of many who visited the stalls and listened to the speakers there. Two of our CCTV volunteers explained their role and some of the incidents in which they have been involved. Georgina Prior of Live Safely gave a brief demonstration of some of the self-defence techniques she teaches women to feel more confident. Wiltshire Youth Council representative, Niamh Cunningham detailed a checklist of ways to be safer while driving, moving around and on nights out, mostly aimed at young people, but applicable to all. She also talked about toxic friendships, how to spot them and how to avoid. 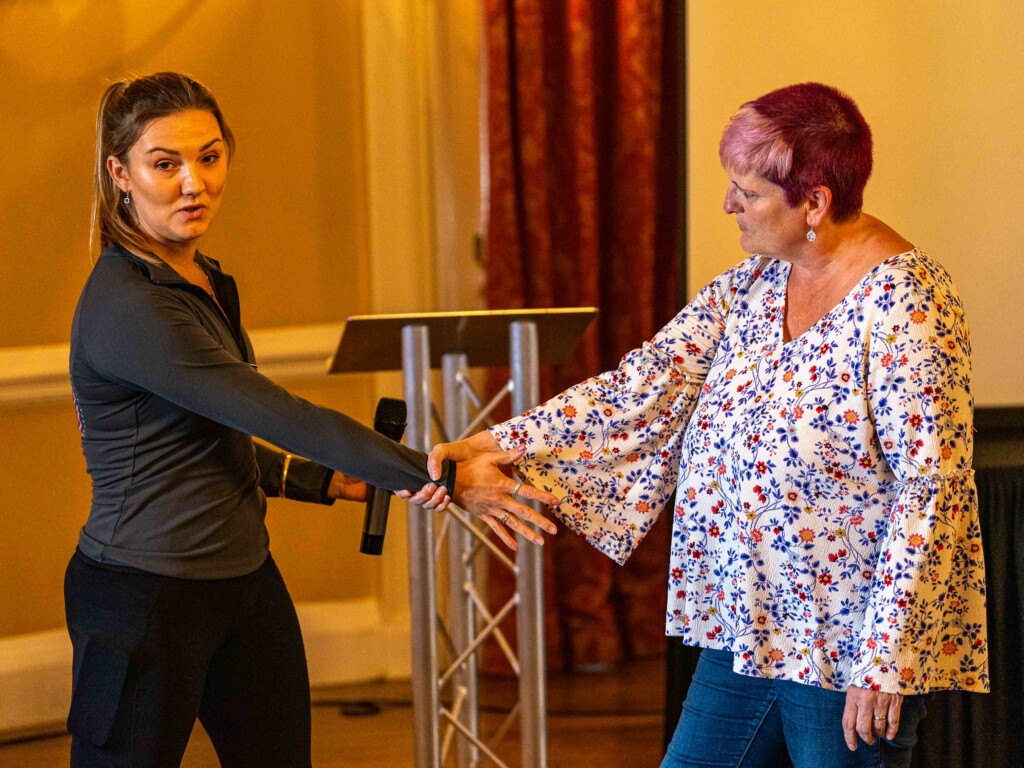 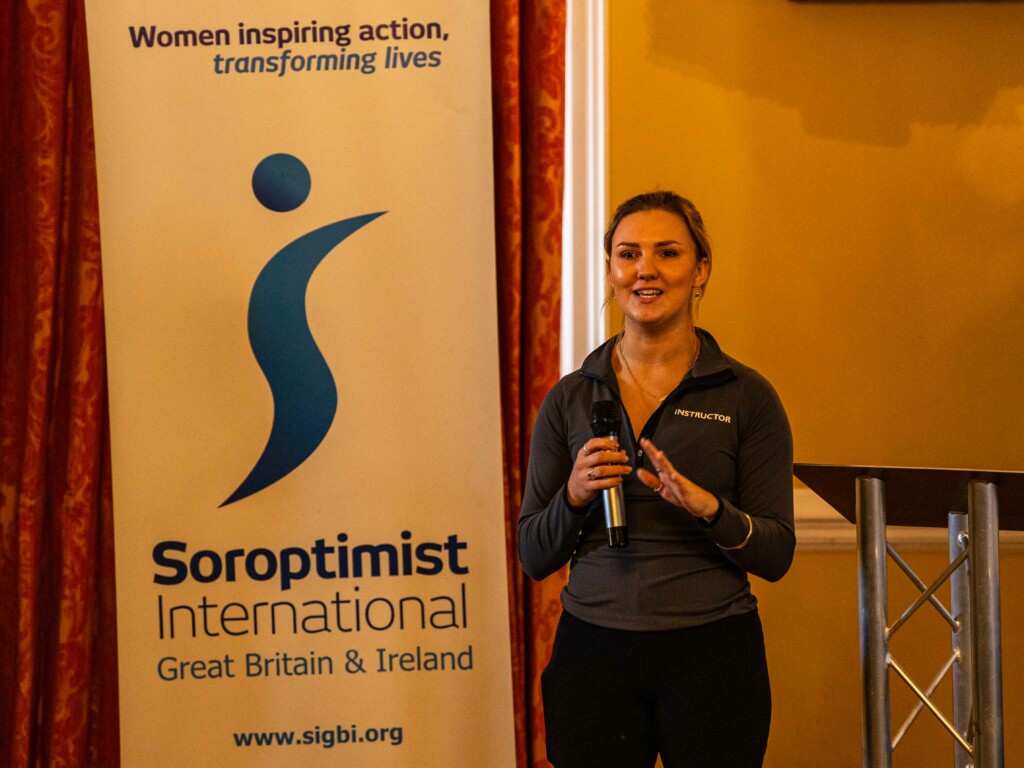 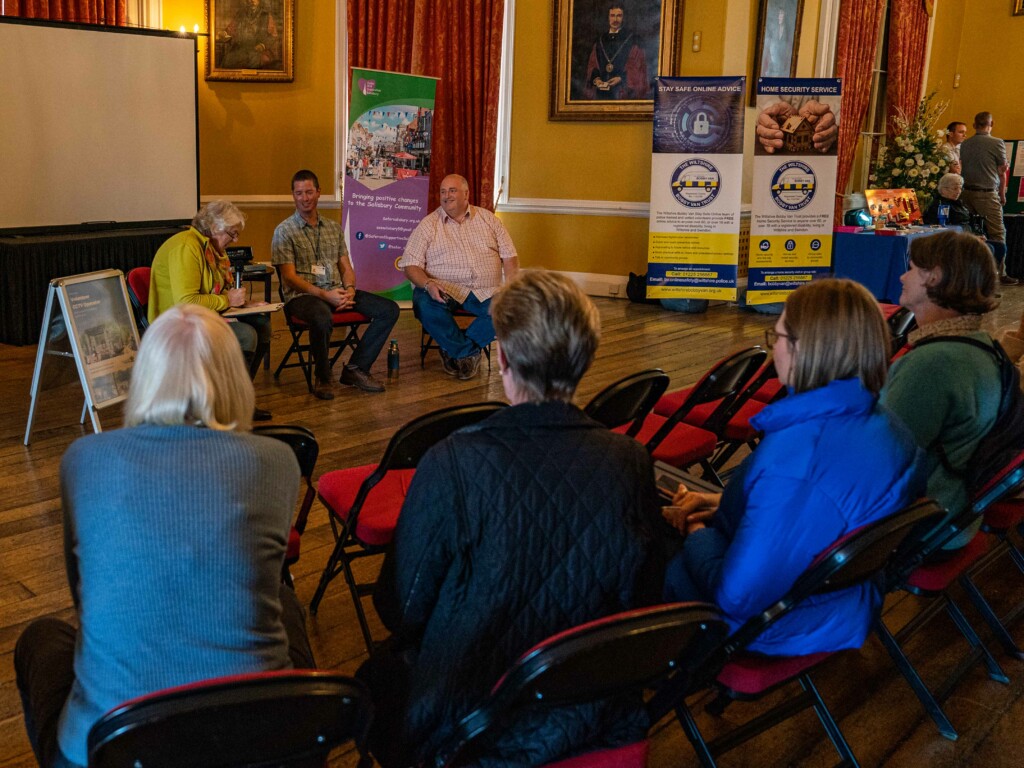 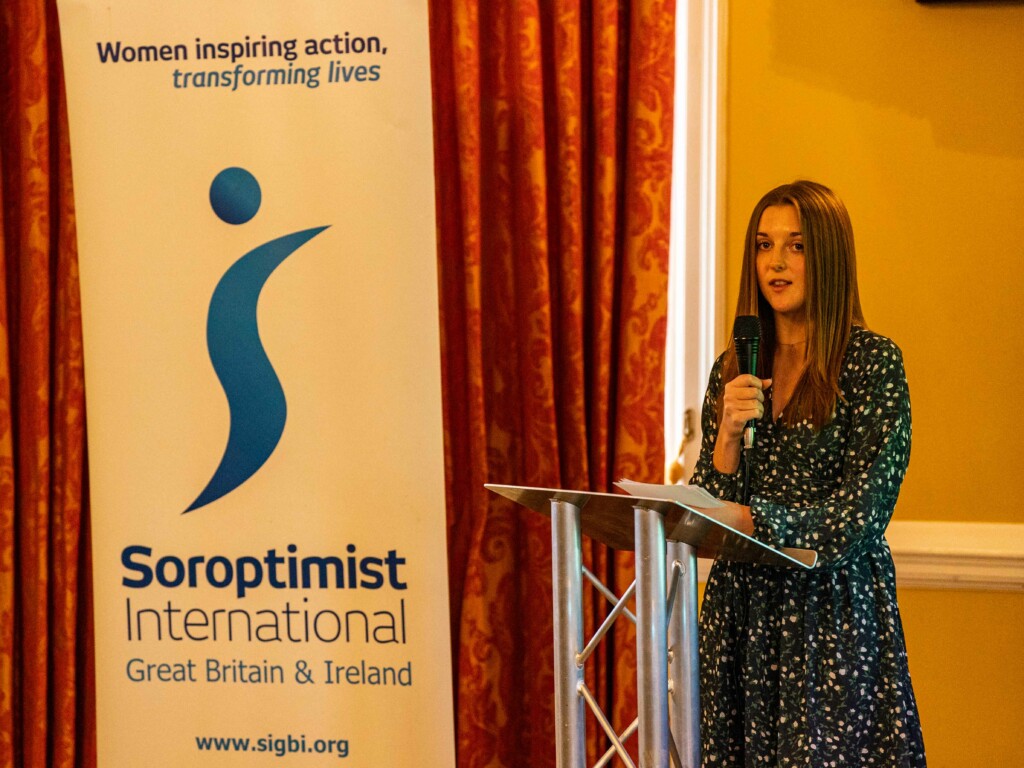 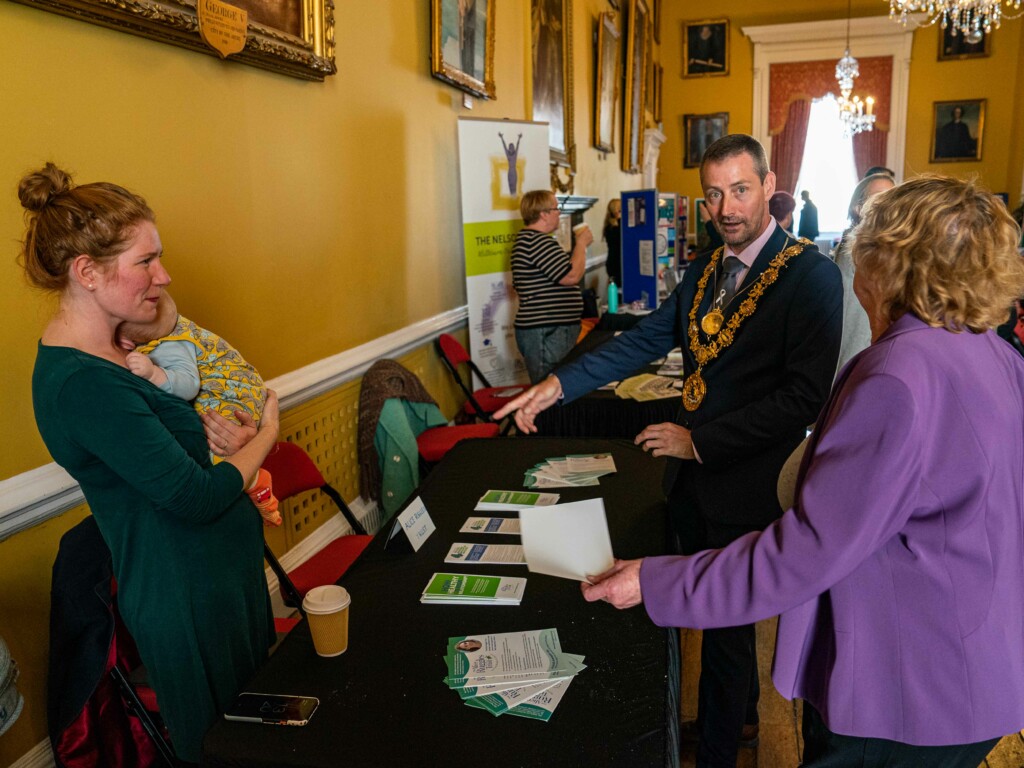 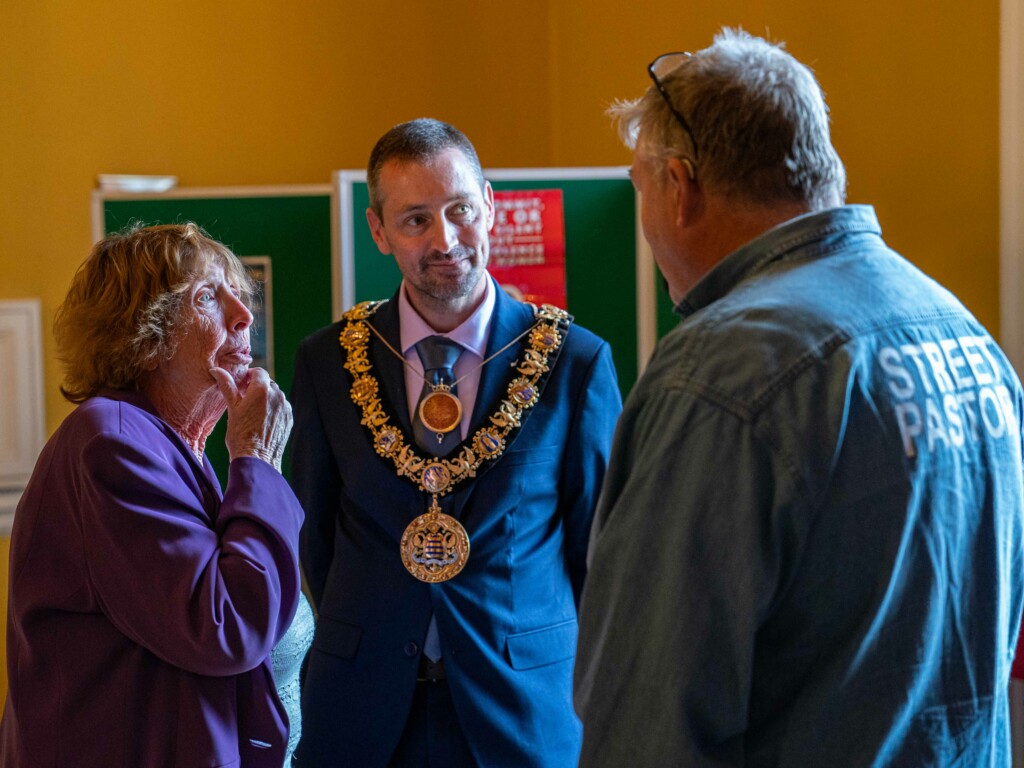 Safe Places, where to go if you are scared or lost in town,

Ask for Angela, help from bar staff if you feel unsafe

The Street Pastors, who patrol the night street caring for the vulnerable,

The Nelson Trust, offers support to those recovering from addiction,

SPLITZ, cares for those experiencing domestic abuse or sexual violence, 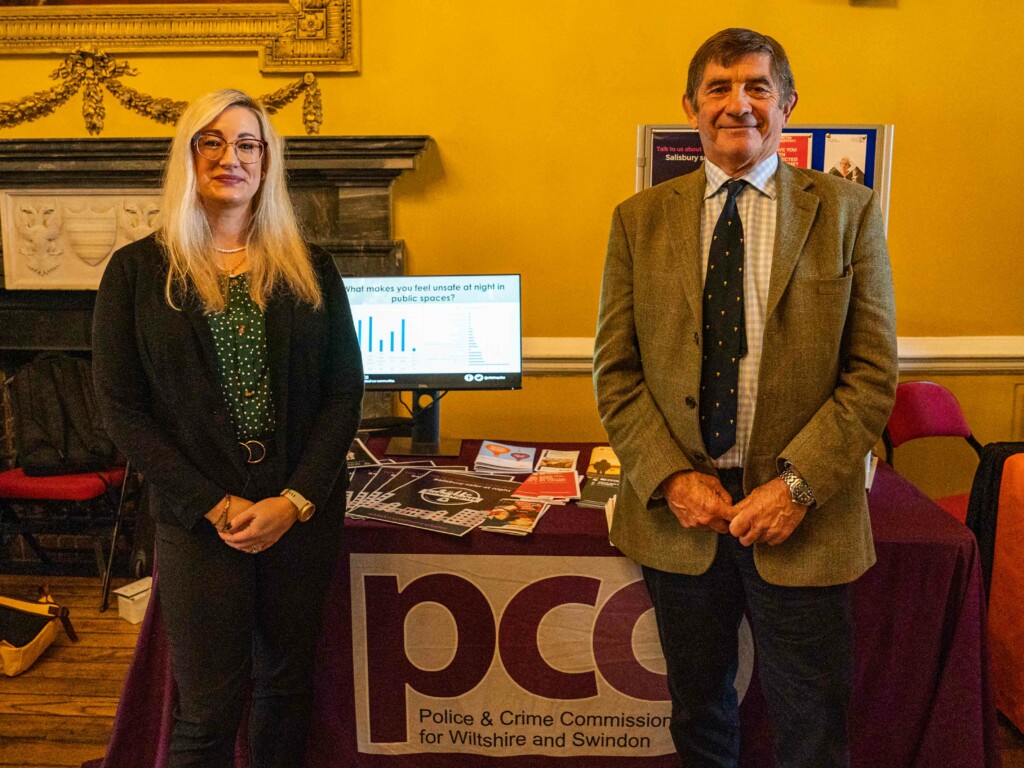 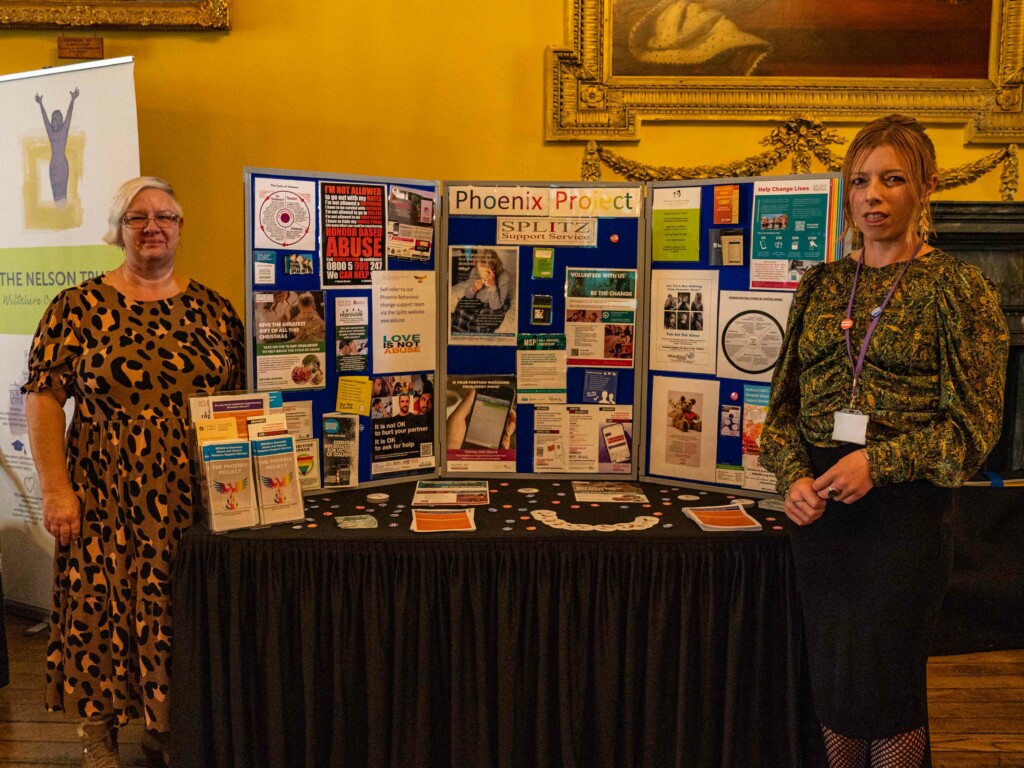 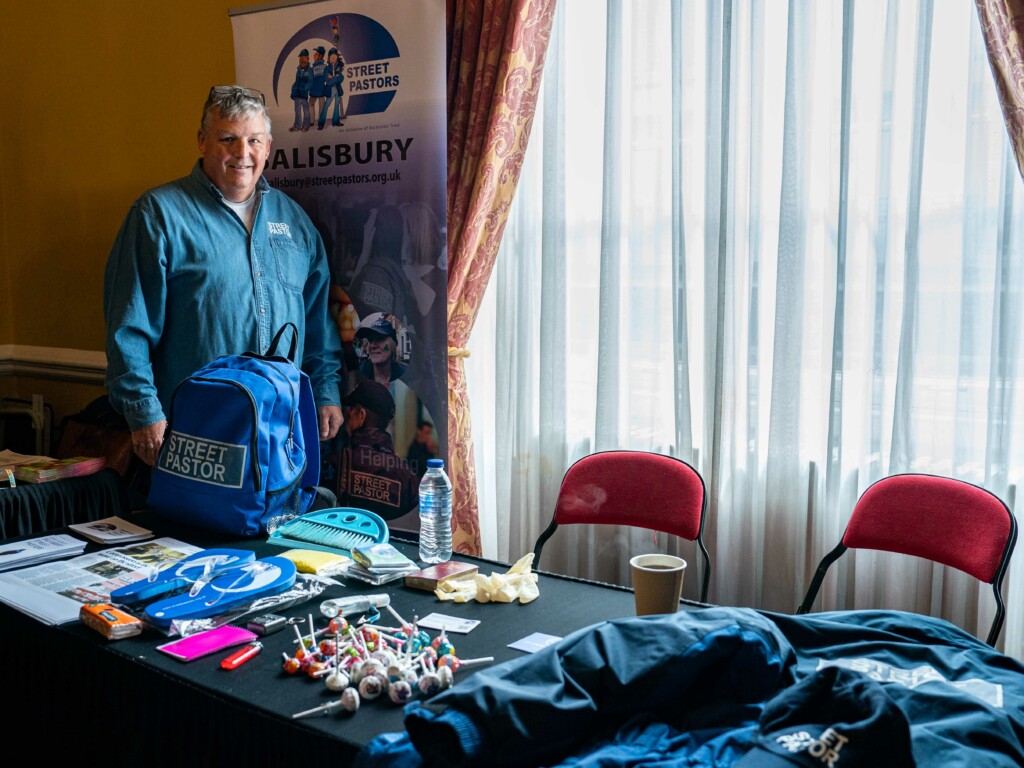 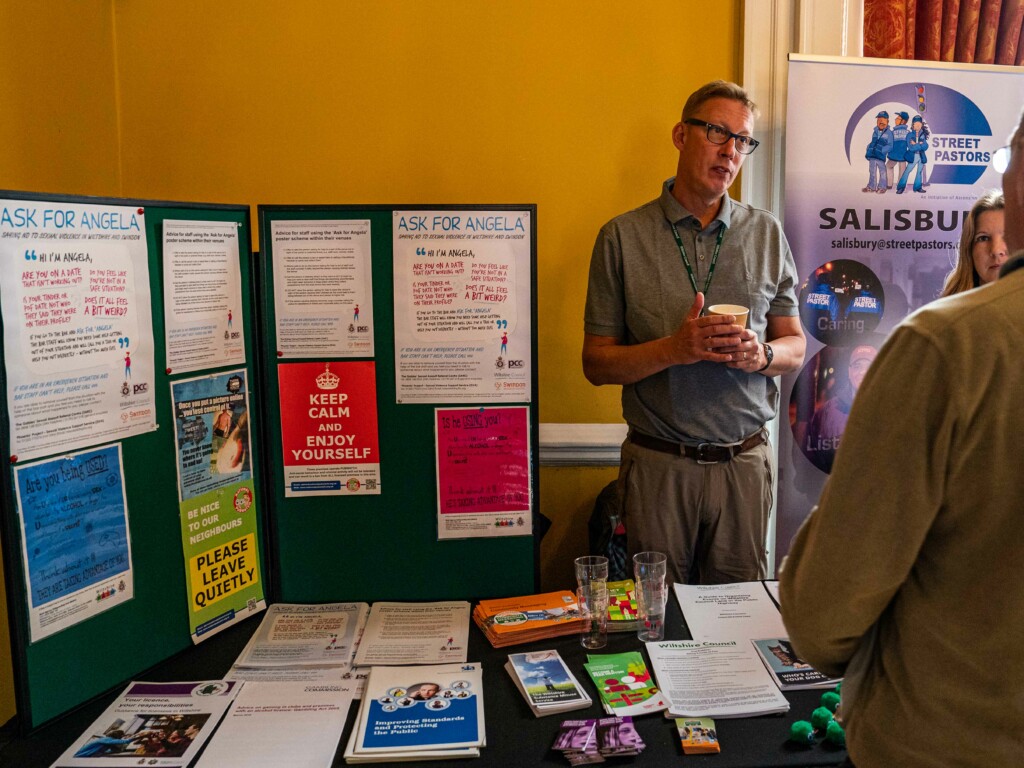 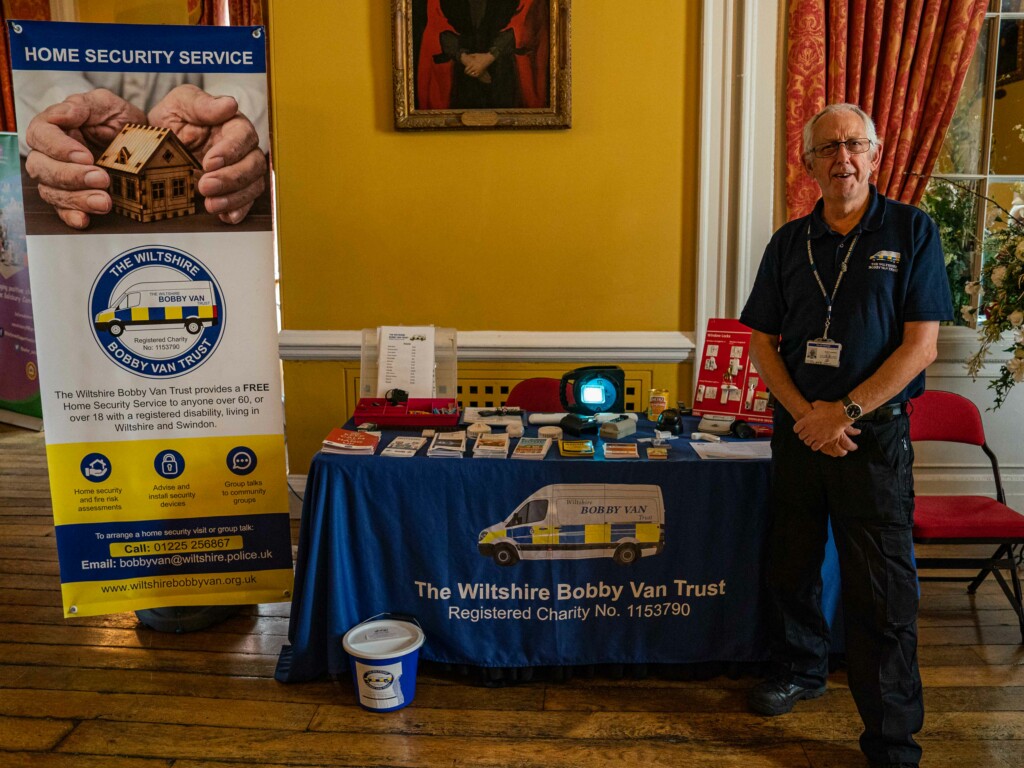 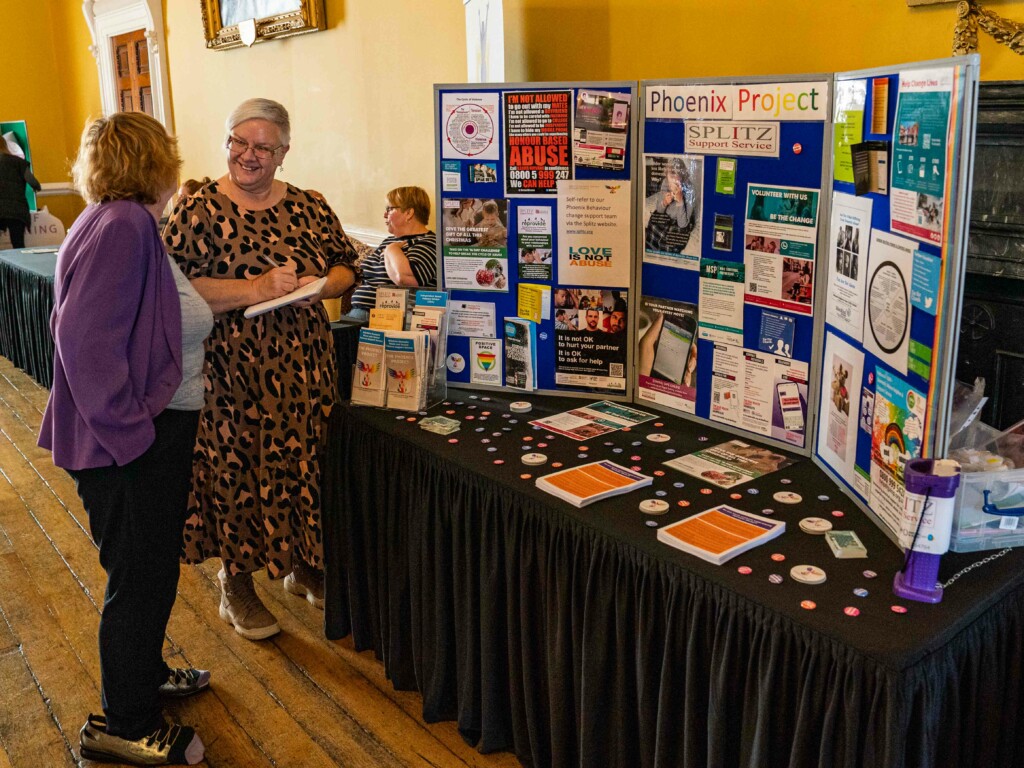 Our thanks to everyone who took part and helped make the event happen. The steering committee will discuss the outcomes and decide how the project will develop.

More images from the day 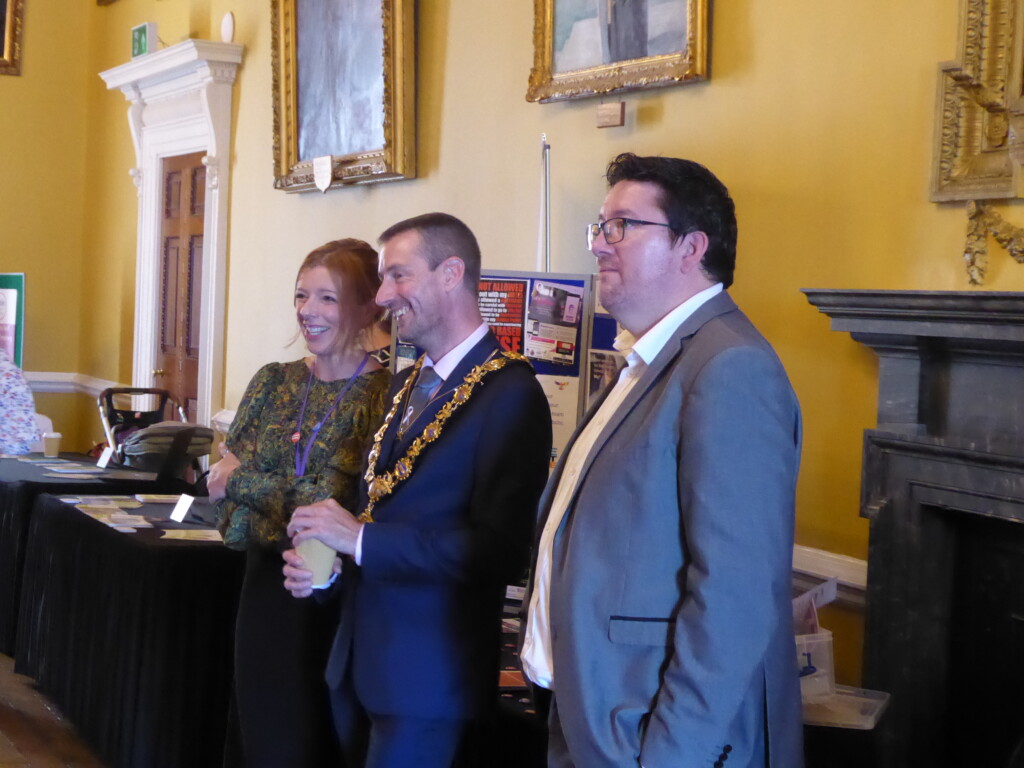 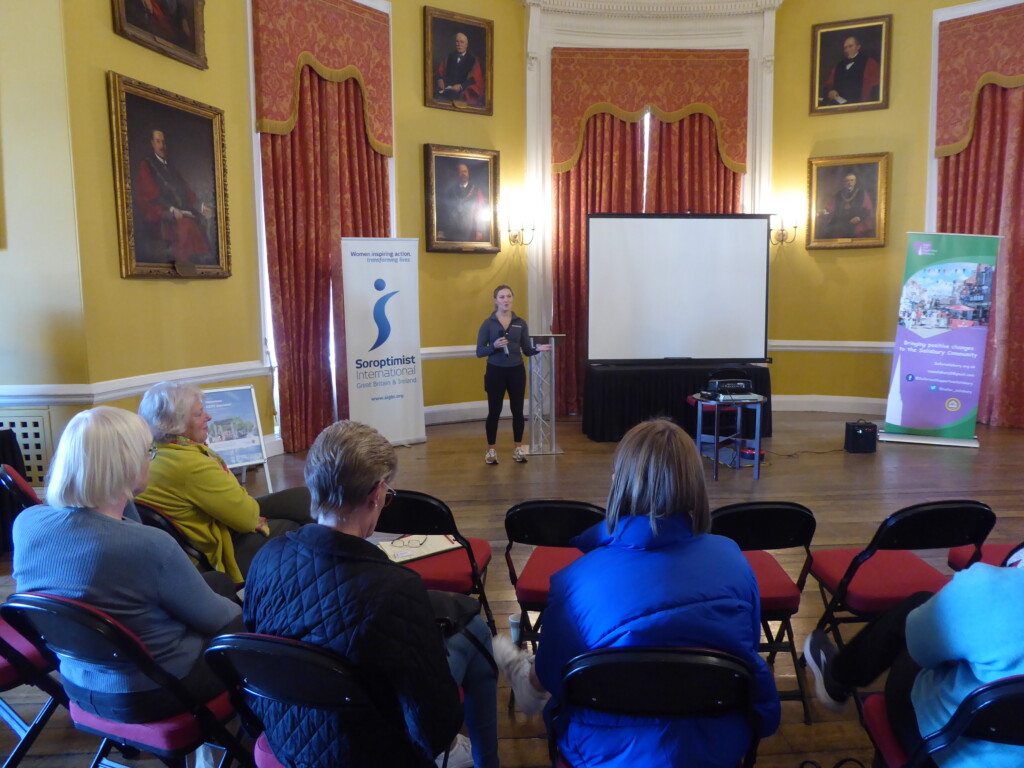 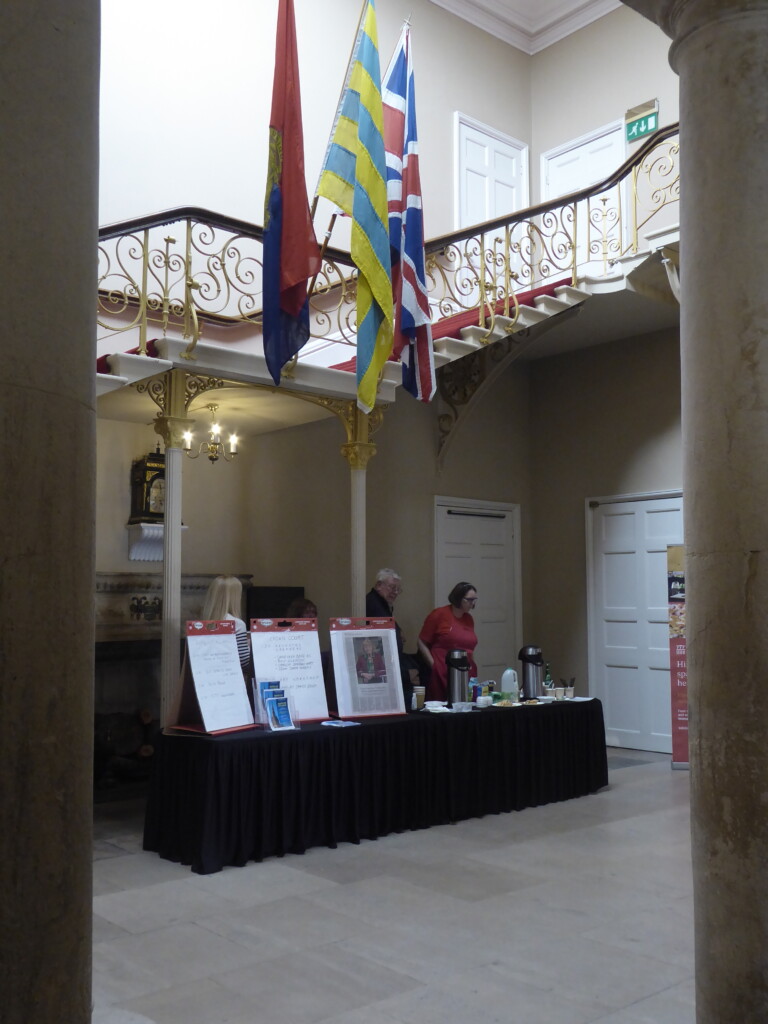 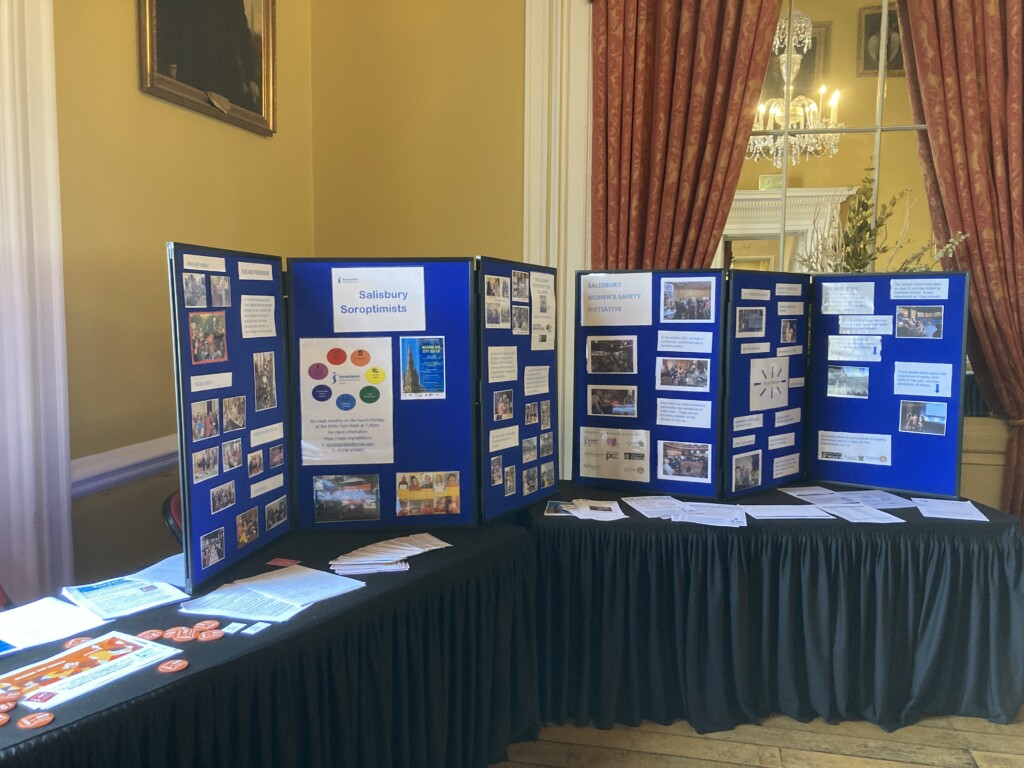 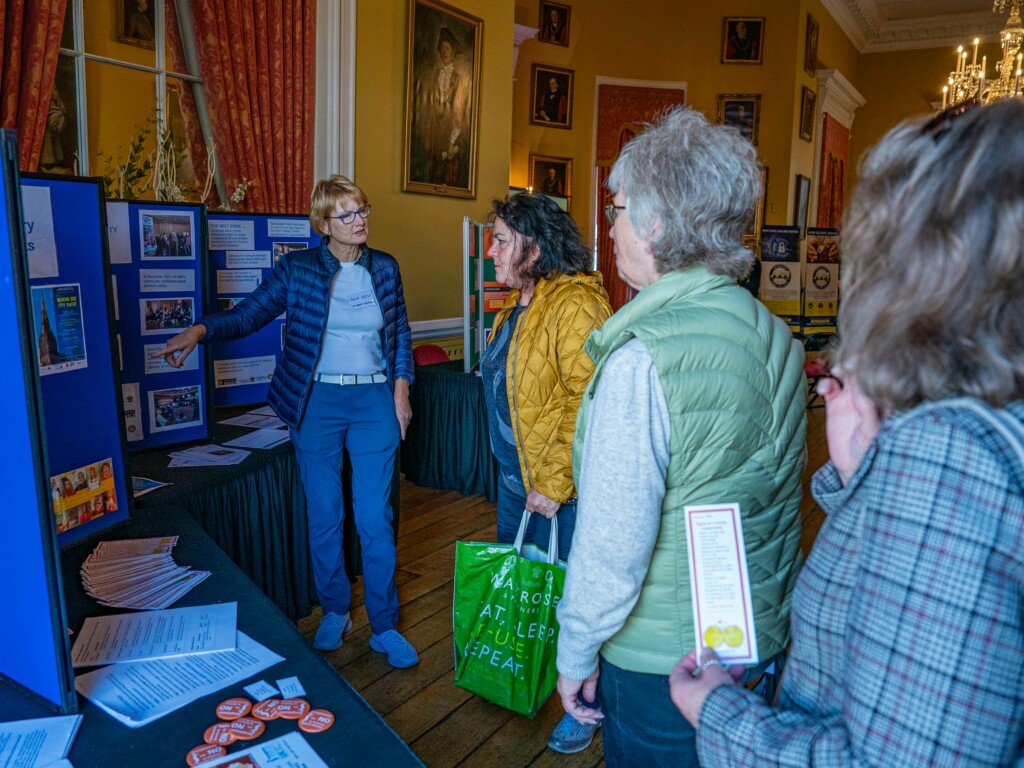 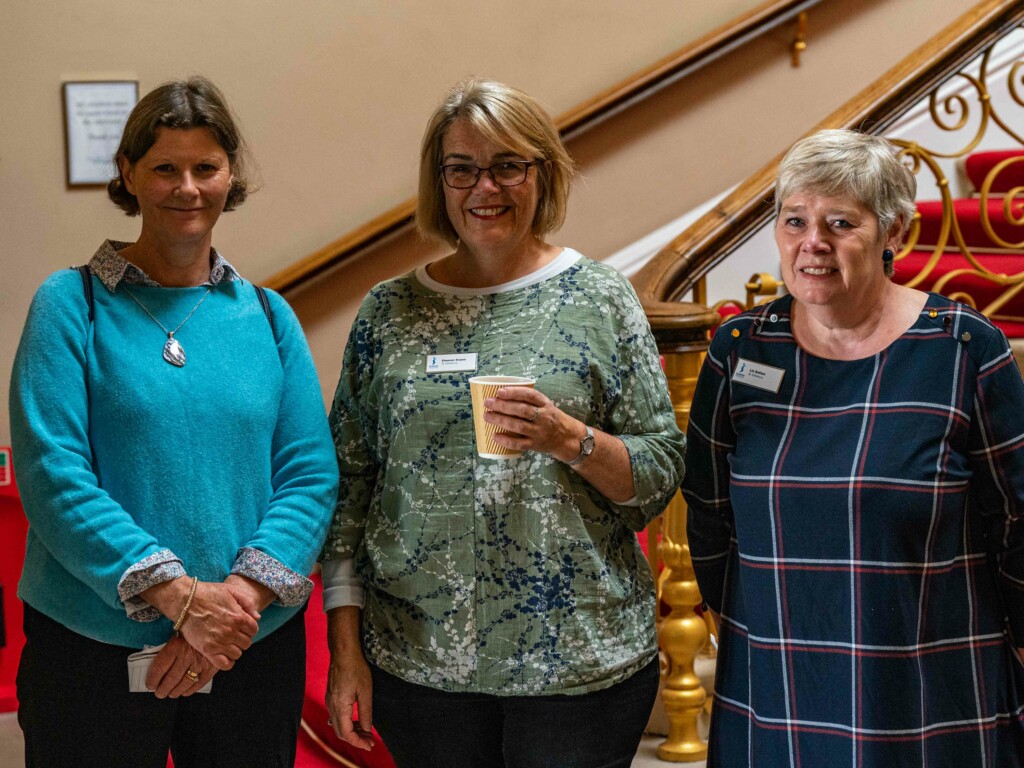