On October 16th 2016 a Canal Festival was held at the Five Rise Locks, Bingley, to celebrate and commemorate the first complete navigation of the Leeds-Liverpool Canal which happened 200 years ago in 1816. The Kennet, a working barge, came through the locks on its way to Liverpool. Local schools, charities and community groups were invited to have a stall along the canal towpath and choirs and bands entertained the crowds whilst they waited for the Kennet to arrive.

Promoting our charity WaterAid at the Festival seemed a logical step alongside raising the profile of SI Bingley within the local community and to the hundreds of visitors. We set up a display and offered people a bottle of water in exchange for a donation for WaterAid which was then thrown into our toilet which we placed at the front of our stall to raise awareness of the lack of toilets in communities around the world.  We had many jokes and comments, but clearly our message came across and we were pleased to give out so much information about Soroptimist International and its activities. 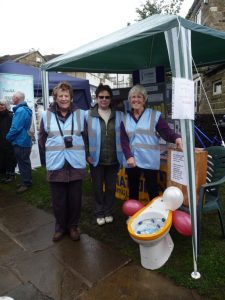 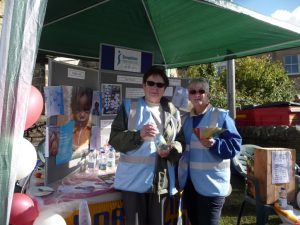 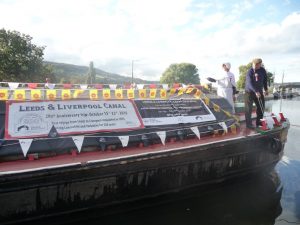