Covid-19 severely impacted the ability of the club to execute in-person projects, so new initiatives had to be made. The National Association encouraged projects on Biodiversity and SIGBI requested projects on the #ForNature theme. The club set out to develop awareness of those topics through the use of Facebook, Instagram and YouTube. Our concern for the prevention of climate change and for the preservation of the environment propelled this project. The aim was to create environmental awareness in as many people and ages as possible.

In the week leading up to World Environment Day, seven infomercials on Biodiversity were posted to Facebook. 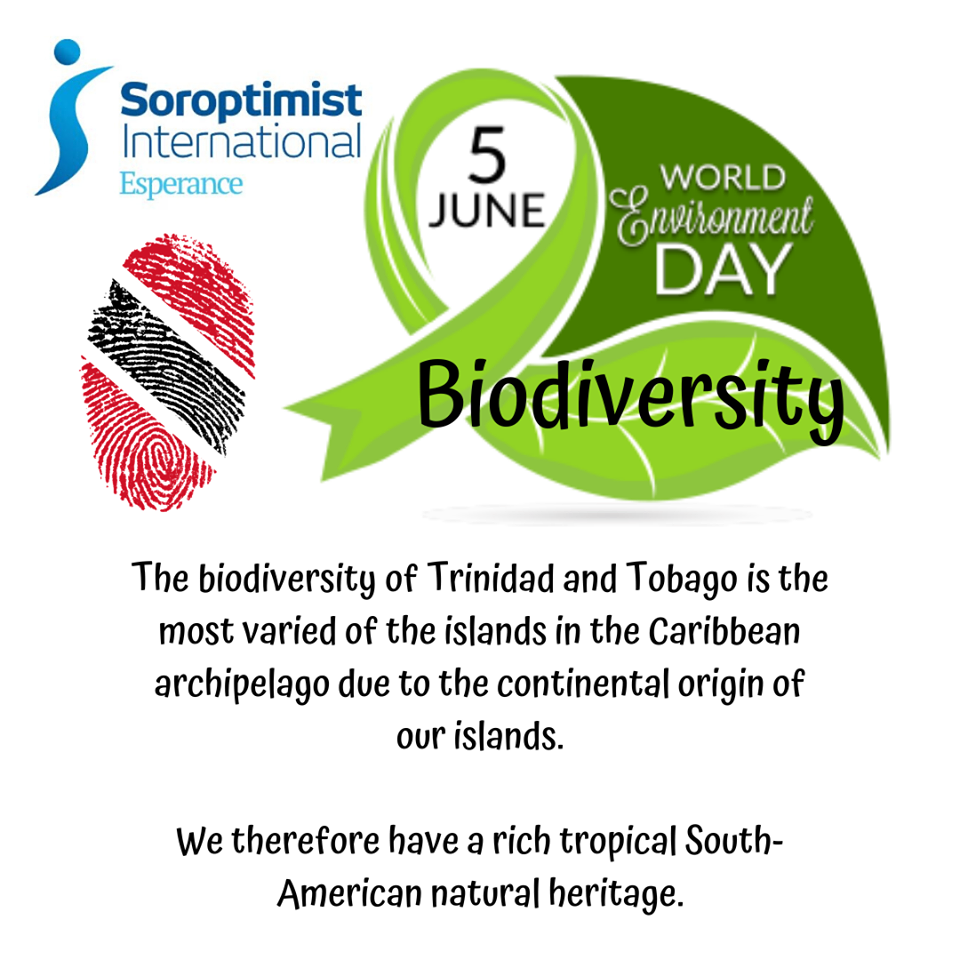 People were invited to submit art or photos on any aspect of #ForNature which were added to the Virtual Art Gallery and displayed according to age group and category. Participants were encouraged to invite friends to ‘like’ their work with a prize going to the most ‘likes’ received. 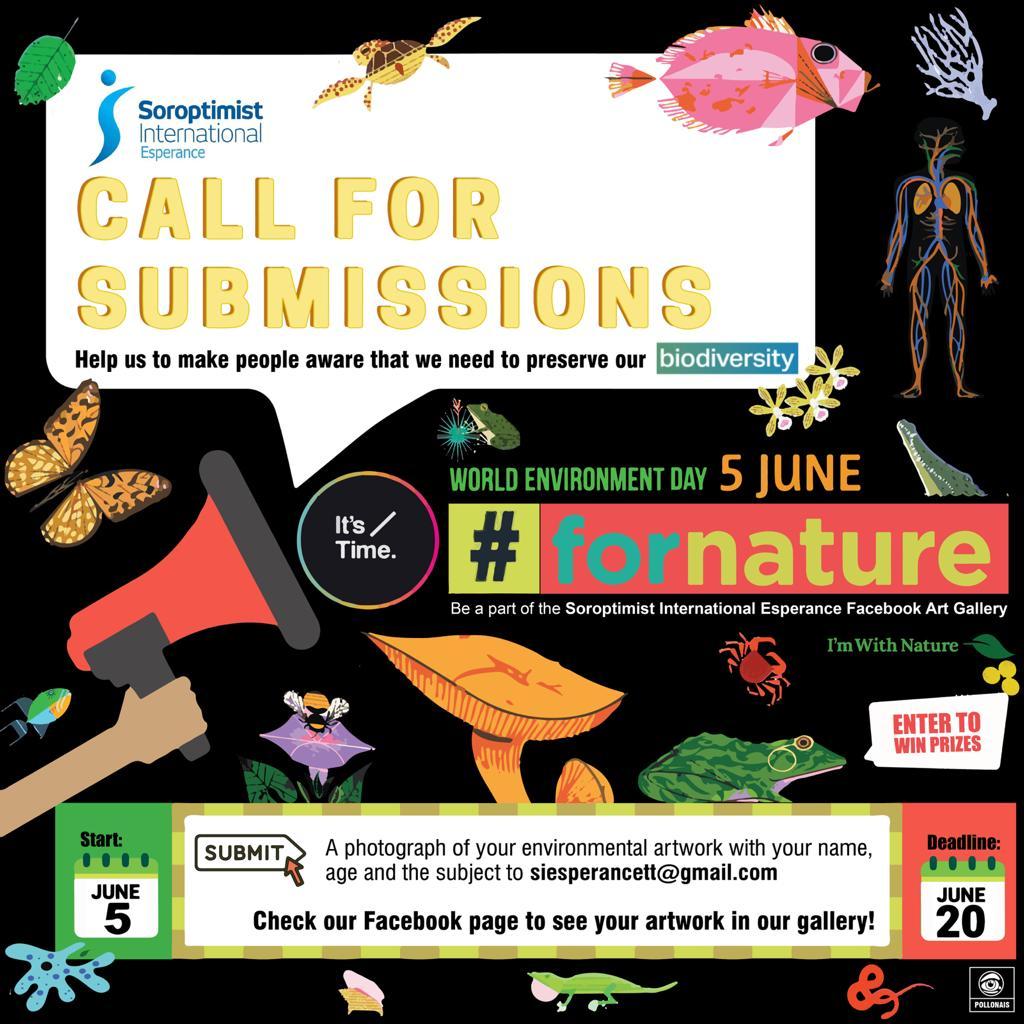 All entrants received certificates of participation thanking them for their submissions. 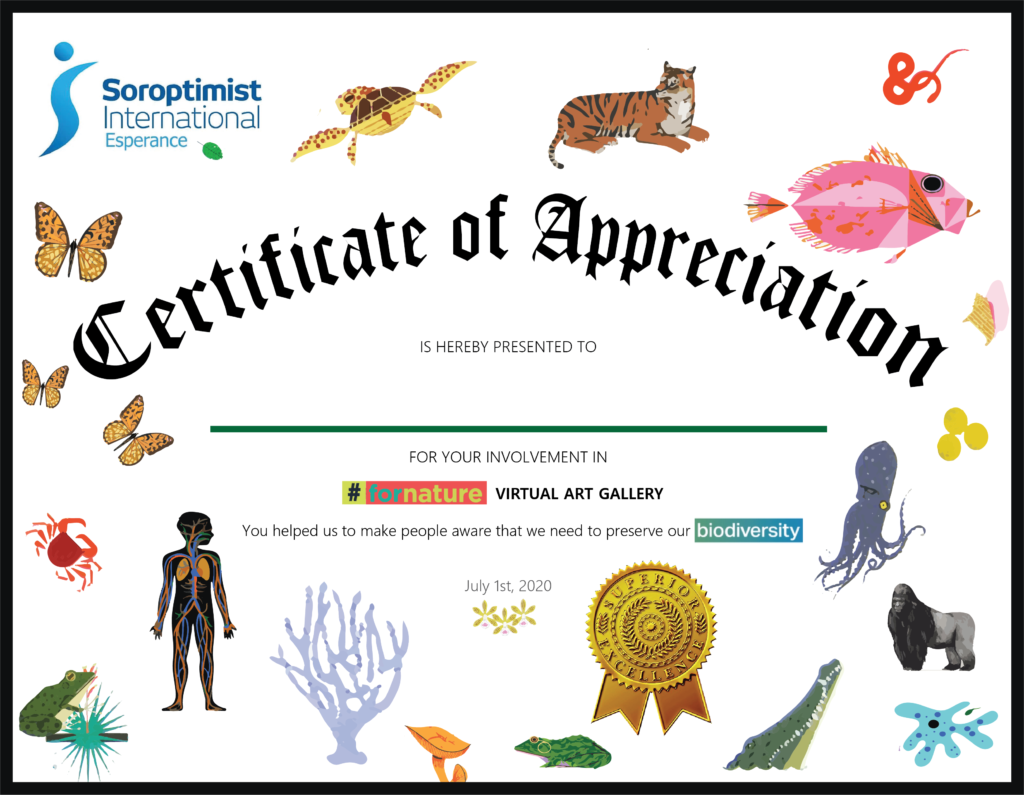 A #ForNature video was made featuring the biodiversity of Trinidad and Tobago and Exxpedition Around the World was featured on World Ocean Day. These can be viewed on our YouTube Channel Soroptimist International Esperance. 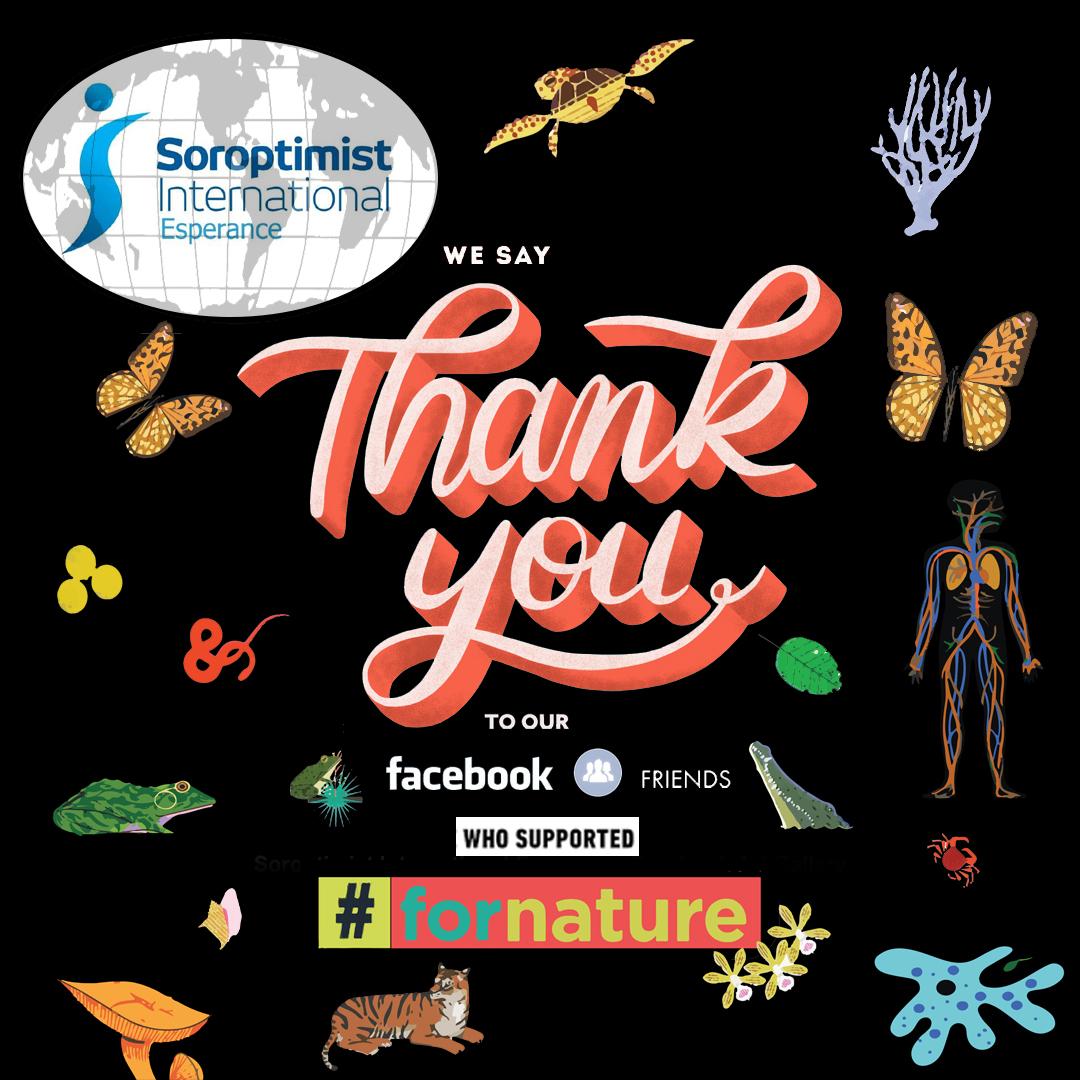 Participants were from 5 years old to adults, and used media from simple crayon, different types of paint and photographs. This brought thousands of new visitors to our page, making them aware of our concerns for the preservation of the environment and the goals of Soroptimism to educate, empower and enable women and girls.

Soroptimist International Esperance urges citizens at all levels to REduce the use of single use plastic; to REuse where possible; to REcycle by putting items into clear biodegradable plastic bags and dropping them into iCare bins.

Soroptimist International Esperance organised a session with the Esperance Early Childhood Education Centre in which environmental activists Roslyn George, Yashoda Singh and Annigna Channan of  Cashew Gardens Community Recycling Programme made an interactive presentation which included a cartoon video which was appropriate to the children’s level of understanding.

By the end of the session, the students were ready to #BeatPlasticPollution by implementing the watchwords REduce, REuse, REcycle. The children who answered the quiz were given Ronnie the Recycler badges, all were given activity sheets, and the teachers were presented with Recycle Now notebooks. The school looks forward to receiving iCARE bins for plastics, as well as glass, tetra packs and tins.

The improper disposal of plastic waste is a global problem that has resulted in the accumulation of toxic pollutants damaging the environment, resulting in land, water and air pollution. A full 32% of the 78 million tons of plastic packaging produced annually is left to flow into our oceans; the equivalent of pouring one garbage truck of plastic into the ocean every minute.

Plastic waste is an untapped resource with tremendous economic potential if it is effectively collected, transported, sorted and recycled. We must always be mindful that it is harder to clean up pollution than it is to prevent it from happening.

Air pollution is caused by the presence of toxic substances in the atmosphere mainly produced by human activities and at times due to natural phenomena such as volcanic eruptions, dust storms and wildfires, also depleting the air quality. Heavy industrialization, combustion of fossil fuels like coal and oil, agricultural activities due to the use of harmful chemical and certainly waste production just to name a few have resulted in insurmountable quantities emissions in the atmosphere causing severe global warming and resultant changes in climate.

The effects of air pollution are immense as it not only affects global warming and climate change but also has a direct impact on human health and the environment. The process of plant evolution and the prevention of photosynthesis are greatly affected by air pollution. In addition to this it contributes to the formation of acid rain, atmospheric precipitation in the form of rain, snow, frost, hail or fog which in turn results in the destruction of plants and animals and in very severe cases human life.

Soroptimist International Esperance challenged the girls of Barrackpore ASJA College to research the topic #BeatAirPollution and create an art work to illustrate this.