Summer 2022 has certainly arrived with a heatwave.   Unlike the summer of 1976 we’ve not been exhorted to share a bath, just have quicker showers.   How times have changed!

So to show that despite the heat, we’ve still been active, here’s a roundup of what we’ve been up to over the summer.

How to relax and get a better night’s sleep 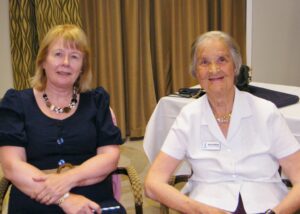 How prescient was this  – given the heatwave that followed a few weeks later!   Our very own Club member Barbara, took us through this after the July business meeting.   By showing us how improve our breathing, and so relax and get a better night’s sleep.   We even practiced with a paper straw!   Many members reported that they enjoyed the best night’s sleep for ages.   This was something we definitely needed when the peak of the heatwave hit us later that month.

We posted on our social media sites and shared publicity to encourage everyone to do something about reducing the use of single use plastics.   In case you missed it, do spend a couple of minutes watching this video – The TRUTH about our recycling – The Big Plastic Count Results – YouTube

Jean sent this report in about the Big Plastic Count

9 members completed the count – some manually and some electronically.
In total we counted 503 pieces of plastic during the week (16th to 22nd May)
Lowest was 24 and highest was 117. This gave an average of 56 which is less than the total count average which was 66.
I had some percentages for those who sent in their results electronically –
– Everyone had about half hard plastic and half soft plastic – Hard plastic is a lot easier to recycle than soft plastic. Whilst hard plastic is more recyclable, there are many items that cannot be recycled such as black plastic, polystyrene chips and toothpaste tubes.
Less than 1 in 10 local councils in the UK collect soft plastic, like plastic bags and wrappers.
– on average the amount of everyone’s recycled in the UK was about 10%
between 10% to 15% was exported
between 25% to 30% went to landfill
about 50% of everyone’s was incinerated (Burning or incinerating plastic releases carbon, toxins and pollutants into the air, presenting numerous health risks for local communities and contributing to climate change)

Shout out from one of the Warwickshire Women’s Refuges

As ever, Club members reacted magnificently when we got a call, Sue wanted to let Club know how appreciative she is of members who responded rapidly and generously responded to her ‘shout out’ for crochet materials for a woman recently arrived at the Refuge.

As collection and delivery point, Julie was delighted when Trish arrived with this beautiful crochet kit for her to take in the next day. 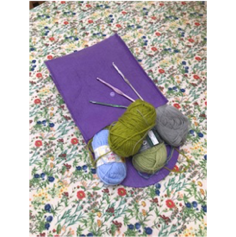 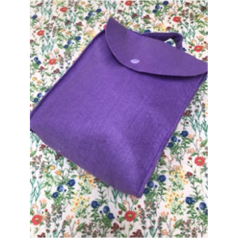 We also reacted swiftly to work with Kenilworth Lions to provide a women and her two small children with enough furniture and kitchenware to get her started in her new home.   The women get very little notice about when they are going to be housed and Lions are brilliant supporting these families through our Soroptimist links.   Obviously we can’t post any photos, suffice it to say it was a van full.  The mum in question was so very grateful. 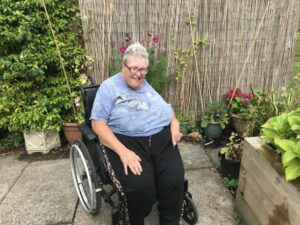 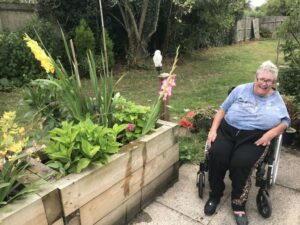 Although it’s been super hot, and very little rainfall, we’re very pleased that we’ve managed to keep Joan’s garden going.   Her little patch faces due South so always gets lots of sunshine.   Amanda, Carole N, Trish and Sharon have wielded watering cans to keep it going despite the scorchio conditions.   Joan is amazingly green fingered and seems to grow lots of things the rest of us have problems.   Some of us have delphinium and gladioli envy!

And to complete our Summer activities

Thanks to Chris’s organisational skills, we celebrated with a dinner for our members who have been Presidents.   Some have been Presidents of other Clubs and then transferred to us when they moved.   We raised many toasts, including to Gill B as the most senior President of Kenilworth & District, Elaine who started her term early as Bronwen was pregnant during her tenure and went into labour.   The baby involved is now 7 and apparently most put out that she wasn’t allowed to attend the dinner!

Helping Kenilworth Town achieve Toilet twinning status that’s what.   We’ll be launching this in September so watch this space!