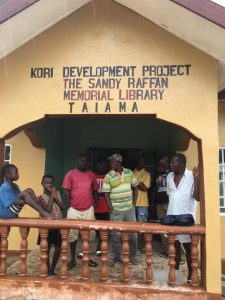 SI Thames Valley have been educating and empowering the women of Kori Village, Sierra Leone, for many years. In 2013 they decided to build a library in the area, as most libraries had been destroyed during the civil war. SI Thames Valley fundraised tirelessly to enable the library to be built. The library was opened in 2016 and stocked with books and furniture, also provided by SI Thames Valley. 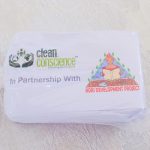 A room, to be known as “Rose’s Room” in honour of the charity’s founder Rose Simbo, is to be built behind this library in which the local women can be taught to sew to enable them to have a potential income. Toilets will obviously be a necessary facility so members of SI Thames Valley recently helped raise funds to enable these to be built.