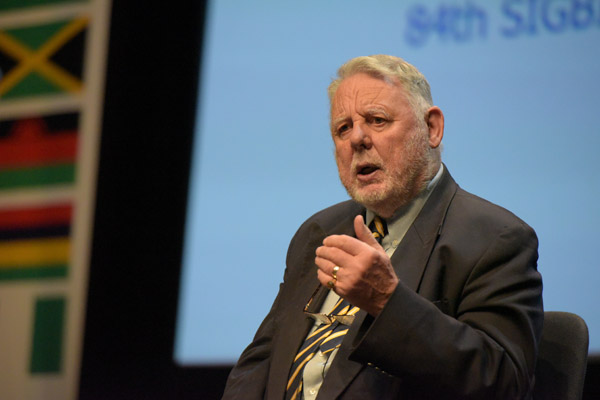 We all find ourselves in extreme situations, but how do you cope with such?

Isolation, loneliness is a state of mind.

The mindfulness of Terry Waite’s extreme hostage situation, as he was wrongly placed in captivity and accused of being a spy, when he was actually a humanitarian worker on his way to see a dying man held as a hostage.

How did he service the 5 years in captivity? What held him emotionally and mentally together as he was tortured, beaten with mental chains, lived and slept on a tiled floor on the third floor of a derelict building with one bathroom visit daily for 14 minutes to wash and use the toilet?

Terry Waite says extreme situations take understanding from life and he was angry with the deceit of his captivity. He did not allow his anger to fester, as that does more harm, turning into depression. He used his anger to bring him his own power in a creative way, using the brain in a most positive way to get to know himself. In his solitude and isolation he learnt both about the dark and light side of his personality, as we all have both.

Terry practiced mindfulness every day, every minute at that time until his release. In this extreme situation he took the opportunity to know himself better finding himself an interior journey, discovering both the dark and light side of ones personality.

Terry Waite wrote books in his mind, which we now read today. From his books you can take insights on how Terry Waite helped himself became mindful in his extreme situation

I am pleased to blog that his extreme hostage situation has not stopped him from helping. He is helping negotiate in hostage release situations and working with families, as he set up Hostage UK.

Terry says “Today we are too quick to be aggressive and go to war when negation takes longer and is effective. Those who loose in war are women and children, forcing them in to poverty and deprivation and negation is the way forward to gain the appropriate solution”.

Terry Waite met his first Soroptimist 55 years ago, Elizabeth Raulf, Archivist in Bristol and he says “May Soroptimists continue to centre their activities on developing and maintaining peace for all”.