Each year, Programme Awards are given in each of the Programme Areas: Advocacy, Economic Empowerment, Education, Environmental Sustainability, Food Security and Healthcare and Violence and Conflict Resolution.

There are three Clubs nominated in each category, and it is a difficult decision to choose the winners.  This year’s winners are: 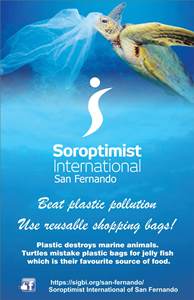 SI San Fernando wanted to educate all consumers and students about the negative effects of single use plastic and enable them to purchase and use reusable shopping bags sold at a subsidised price.

The project was launched under the patronage of the Mayor of the City. Schools performed rap about the theme which was featured in the newspaper. Prior to the launch, two members were on the National Television seen by 1.2m viewers and on Facebook educating the public about the negative effects of plastic and advising to purchase the bags. Posters and flyers were distributed to the students. Videos and slide shows were shown to reinforce the message. Bags were given out to councillors and teachers.

The entire population 1.2m learned from the television, newspaper and social media campaign about the negative effects of single use plastic. They were empowered to purchase SI San Fernando’s reusable bags, and they had to re-order them. Entire school population were educated through the Club’s programme and posters at the launch and parents by students who took home flyers. Groceries and vendors were empowered and committed that they are selling our reusable bags to all women and consumers. Less plastic pollution.

SI Durham for “Citizenship in the UK” and SI Madurai for “Enabling students to find a solution to purification of water”. 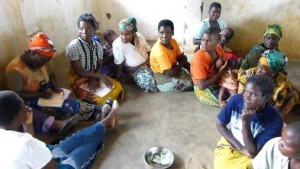 Members of SI Manchester chose this as our 90th anniversary Project, and set a target of raising £9,000 in the year, which they achieved.  Funds were raised in many different ways, such as setting a ‘90th Challenge’ using skills such as sewing or card making, car boot stalls selling donated items, a sponsored run, a raffle and collecting 20p pieces. A fashion show was held in April 2017.

The project trained 20 women as Community Mentors, to each lead a group of 25 women and be able to deliver sexual health, human rights and business skills training to them. These groups also became savings and loans groups, where savings are used to create a group bank account, attract ‘seed funding’ from the project and give members ethical loans to develop livelihoods. The groups will continue beyond the life of the project with continuing personal and economic empowerment for all.

SI Kenilworth and District for “Friends of Sick Children in Malawi” and SI Kathmandu for their “Tailoring Project”.

Winner: SI Cannock and District – Your Body, Your Rules 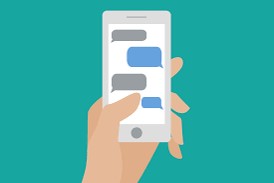 SI Cannock and District gave presentations to schools inviting them to participate in training to enable students (Y12 and 13) to be ambassadors within their schools to raise awareness of the issues surrounding sexting and to sign post to appropriate adults as necessary.

Sexting is something many youngsters find themselves involved with. They do not realise the implications or consequences of taking and posting photos of themselves naked. The Club wanted to give them that information and enable them to provide advice and sign posting should it be needed, and for the students who became Ambassadors to have the tools to do this and a network to support them.

The project involved finding a trainer, speaking with local High schools and multi-agency groups and speaking with the Deputy Police Crime Commissioner. Two Soroptimists from the Club prepared a PowerPoint presentation and took it out to Schools, groups and individuals.

5 local schools signed up for the training as did the local Police. The project was supported by the Deputy Police Crime Commissioner. The training day took place on July 6th 2018, and was a huge success.

SI Garstang for “Classroom in the Clouds” and SI Llandudno and District for their “Umeed Project”. 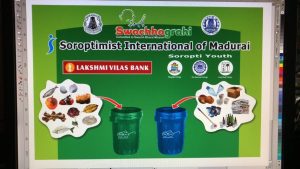 SI Madurai supported a Government of India initiative (Swatch Bharat mission) to bring about management in solid waste to protect the environment. This involved selling recyclable waste and turning green waste into compost, plus educating the communities on the importance of waste segregation.

SI Madurai donated 5 tricycles to the Madurai Corporation to enable the door to door collection of waste, plus the distribution of pamphlets and educating families in their own homes on the importance of reducing their waste. The community was transformed, plus extra income was gained by selling recyclable waste. The involvement of students in training the community means that the longevity of the project is assured.

SI St Albans and District for “Tree Planting” and SI San Fernando for “The Negative Effects of Single-Use Plastic”.

Winner: SI Bilston and District – “Cardiac Screening for the Young” 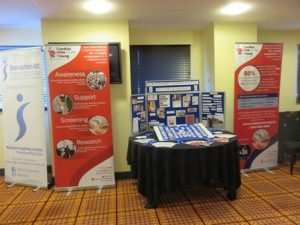 The Club invited influential people such as MPs, local Councillors and the Chair of the Wolverhampton Hospital Trust and raised £6,500 to carry out the screening. The event was held at Wolverhampton Wanderers football ground, and was planned alongside CRY (Cardiac Risk in the Young).

The event was advertised on Facebook and leaflets were placed Doctors’ surgeries, sports clubs, churches, schools, colleges and university. During the day SI Bilston and District Members acted as stewards for CRY staff to undertake the screening.

The event was extremely successful, with 90 young people being screened, 82 were deemed health and 8 needed further investigation. Three of these were urgent cases. All the VIP visitors showed great interest in the project as well as the work of Bilston Soroptimists. The Wolves football ground served as an attractive, non threatening venue and a good distraction for the young people. 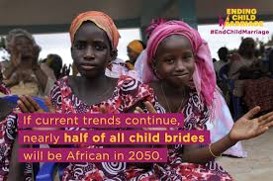 SI Yaounde concentrated on the education of both boys and girls, as well as their parents, on the alternatives to, and the harm of, early marriage as well as traditional harmful practices such as FGM. In 2016 they had successfully lobbied their Government to change the law to protect girls, by introducing tougher punishments for men who commit violent acts against women.

The result is that girls are empowered because they know their rights and through education they will develop their potentials to be a powerful voice in their community. The campaign He for She ensures that boys also learn to respect women and actively campaign for women’s rights.

SI Lichfield and District for “Educating the public on the increase of domestic violence during football matches” and SI Scarborough & SI Halifax for their joint Project “Operation Stella: Help the Ambridge One”.