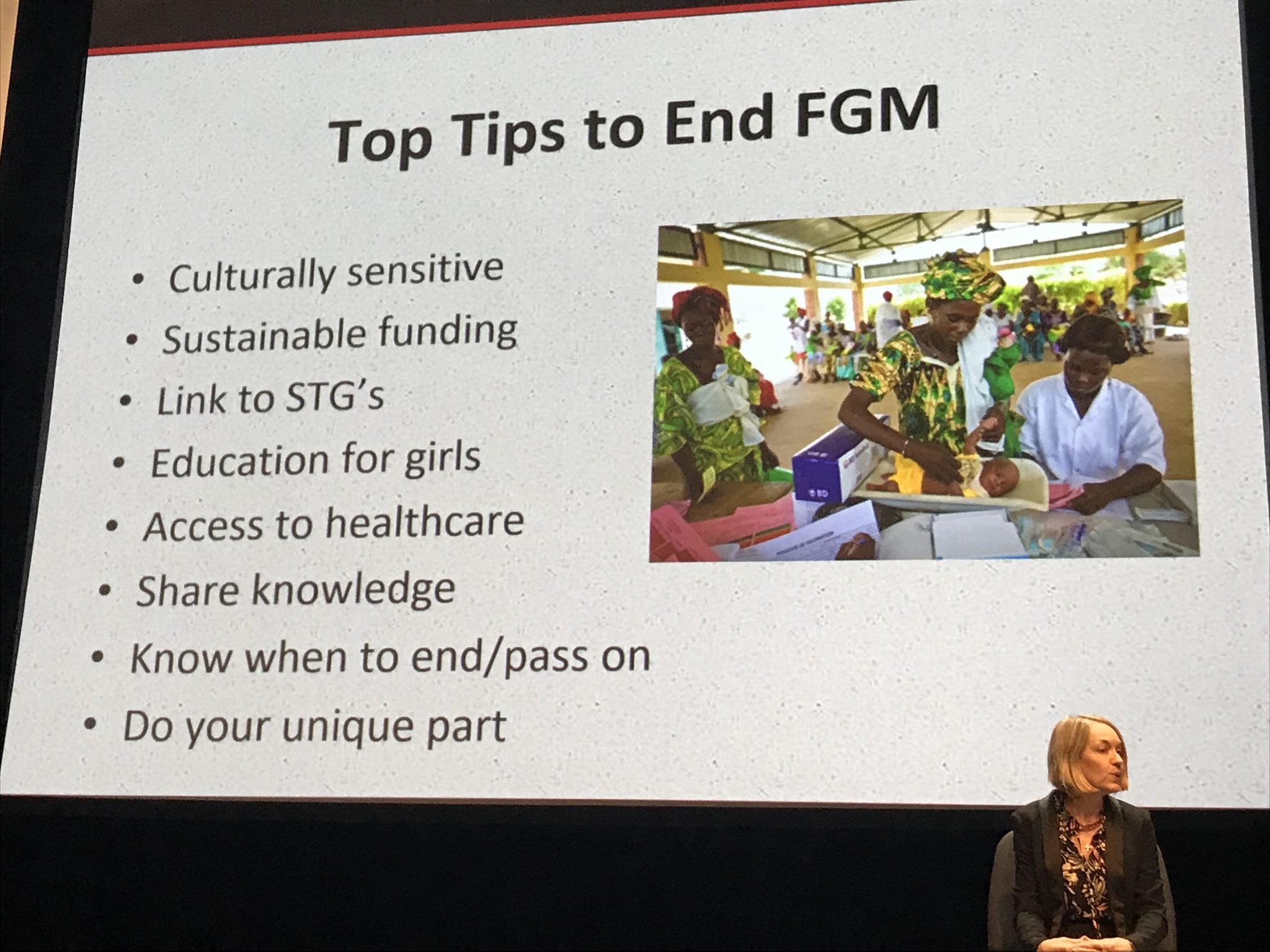 Warning delegates that the topic may be a bit distressing, Dr Ann-Marie Wilson, brings a serious note to conference by addressing “one of the most extreme forms of violence against women”: FGM. 125 million women and girls all around the world live with the effects of FGM. Right here in the UK it’s a real issue too – with more than 137,000 girls at risk of FGM every year.

2005 was a special year for Dr Wilson. It was the year she met a little girl who had undergone FGM. Just five years later Dr Wilson set up “28 Too Many” a charity working to end FGM in the countries in Africa where it is practiced and across the diaspora worldwide.

Sharing her huge knowledge, Dr Wilson explains that in 22 of the countries on which the charity works FGM is illegal, but it still takes place. It’s a hugely complex issue which is different in every country. Dr Wilson encourages us to shed preconceptions and look at the facts. For example, in one country FGM is most common in urban, Christian communities and, in the country with the highest population of women and girls who have undergone FGM the procedure is medicalised.

So just how does a charity work to end FGM? For Dr Wilson the key is research and evidence. Using this key, the charity works with and empowers anti-FGM grass roots organisations on the one hand and simultaneously works with influencers such as heads of state, the UN and others to “squeeze the problem in the middle”. Does it work? Dr Wilson shows us the figures – and yes, in many countries the prevalence of FGM is decreasing.

Rallying Soroptimists to action, Anne-Marie says: “If one crazy woman working in human resources in London can make a difference, so can each of you”. Her advice? Have a clear vision, know what outcome you want – and make sure you measure success as you go!