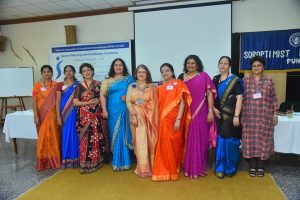 Today, we have 14 SI clubs all over India. Kolkata (2), Burdwan, Mumbai (3) Pune (2), Bangalore (2), Chennai (2), Kodaikanal and Madurai. The newest club is SI Hyderabad which was chartered on 17 November 2018. All the SI Clubs in India belong to the SIGBI Federation – Soroptimist International of Great Britain and Ireland, Federation. We are actively looking at extension of clubs in other cities too.

NASI was conceptualized 25 years ago .In 1989 the prominent clubs were Calcutta (original), Burdwan, Jubbalpore, North Bombay and South Bombay. Bombay North was the first SI Club in India. South Bombay came second followed by Calcutta and Jabbalpore. The last does not exist any longer. 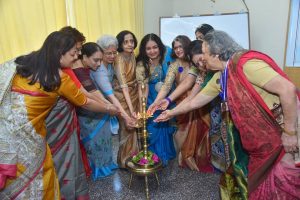 Chitra Ghosh from Calcutta  and Antoinette D ‘Costa from South Bombay were instrumental in forming the National Body  as the then SIGBI officials were keen about a National Region  in India.  The NASI Board   was formed only in 1990-91 and it was formally registered in 1994.The main officials at that time were the President, Secretary, Treasurer, Pres Elect and PAC.  The post of Councilor came much later in 2003-4.

NASI meets twice a year for its meetings and conducting business: June and November. These are typically 1.5 days meetings. Twice a year, there are EC Meetings and once a year there is a AGM. These meetings are rotated across different Clubs. The meetings are attended by the Club Representatives, Programme Action Committee, NASI Board .All members of SI Clubs are also encouraged to participate in these meetings to build friendships, learn from each other and take ahead the agenda of creating a better future for girls and women.