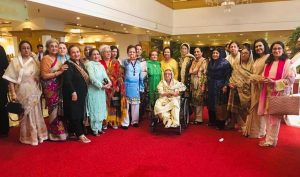 Soroptimist International Lahore was formed in 1967 and received its Charter from Beatrice Grosvenor in March 1969 – Beatrice later became Federation President in 1971. Since its inception it has been concerned with the role of women in public and national life, and particularly with women’s education. 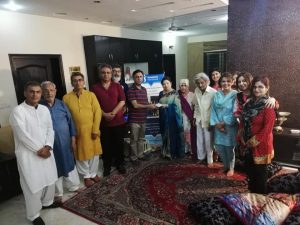 SI Karachi Central was chartered in 2006 by Federation President Ann Dawson. The Gen Sec of this club was chosen to represent Pakistan as the Program Action Chair.

Dr Talat Pasha attended the SI Conference in Barbados.
The next year , she was elected as the Assistant Program Director in the Federation and later became a Director Without Portfolio on the SIGBI Federation Board. 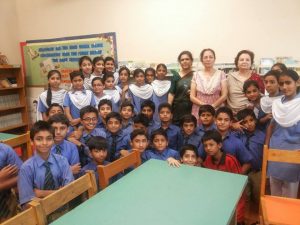 One of the great projects from 2013 – Gems diary project at the Educators Korangi ….with Talat Pasha, Perveen Rizvi, Saboha and Rushda AmjadSI

Karachi central club wanted to expand Soroptimists in Pakistan and so Dr Talat Pasha worked hard to start a new club in Hyderabad which was her hometown. When the time came to Charter the club, the Federation decided to nominate her, and so the Hyderabad club was chartered by Dr Talat Pasha. 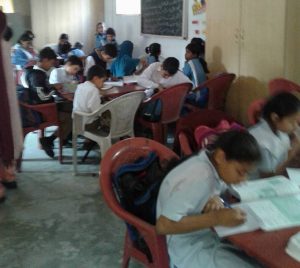 All three clubs are active and do very good work for the community.
They also interact with each other on a regular basis and visiting one another is quite frequent too.

In February 2016 – Members of SI Karachi Central club visited Alzohra welfare Academy. On behalf of the club, President Batul Hasan and Treasurer Parveen Rizvi presented a cheque for purchase of textbooks for their Book bank. The organizers were very appreciative of club’s interest and contribution. 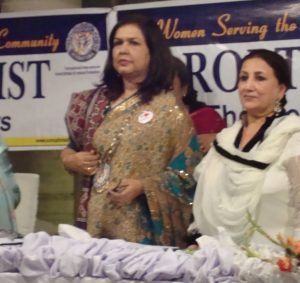 SI Hyderabad Chartered 8th February 2010. Dr Talat Pasha worked hard to start a new club in Hyderabad which was her hometown. When the time came to Charter the club, the Federation SIGBI decided to nominate her, and so the Hyderabad club was chartered by Dr Talat Pasha.

Members of SI Hyderabad and SI Karachi Central at an event together. 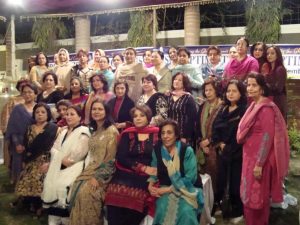 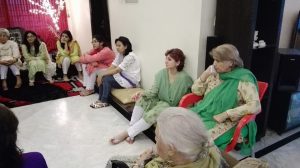 Soroptimist international of Gandhara organised an evening with inspirational women on Sunday 1st May. It was a beautiful evening filled with stories of women who lived unconventional lives in a very conventional set up. Women who had the courage to single handedly overcome obstacles and pursue their dreams. The evening was peppered with laughter and tears.
Highlights of the evening
Introduction ceremony which is the hall Mark of Soroptimist international of Gandhara where women introduce themselves as who they are their dreams aspirations their lives work. No one is Mrs. this or daughter of…, they are their own pure unadulterated self.
There were two agenda items.
Vocational training center for girls of the slum area of Gulraiz Rawalpindi and starting a feminist talk circle.
Funds were raised for the center through active donations and it was decided that the we the women will reclaim the public space by holding talks in open public places. Road side Restaurants dhabas, universities cafeterias, public parks and by penetrating public forums and sittings. 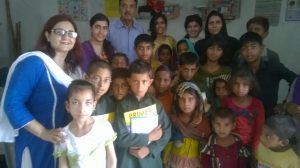 Soroptimist international of Gandhara arranged a musical evening to raise funds for Umer kot school for marginalised children an initiative of a very brave woman Aso Bai.
The funds were required for building bathrooms for the girls. We managed to raise a good amount of money but more donation are required to complete this task.
It was a beautiful cool evening in this very hot weather. Members, families and friends of soroptimist international of Gandhara supported this cause with their generous donation. In the end Dr. Shamim Zaidi president SI Gandhara thanked the audience for their active participation. 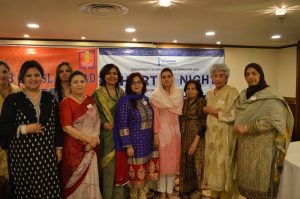