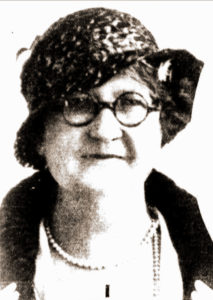 Australia, and the South West Pacific was Soroptimist International Sydney who received its charter in 1937 Founder President Edith Glanville

Edith was a cookery teacher. She married in 1894 and bore two sons, the elder of whom was killed in action at Gallipoli on Anzac Day in 1915. Unable to recover from the shock of her son’s death, Edith became interested in the establishment of world peace, believing this could be achieved through greater understanding between peoples of the world.

In 1926 she was appointed Liaison Officer between the League of Nations (the precursor to the UN) and the Near East Relief Organisation. For the next ten years she travelled extensively in the Middle East, investigating conditions under which many refugees, especially women and children were forced to live.

In 1934, in recognition of the work she had done for women in the Middle East, Edith was appointed Vice President of the Oriental Women’s Conference in Damascus, the first European woman to hold this office. 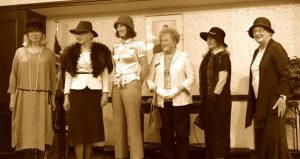 The Federation of Great Britain and Ireland (SIGBI) claimed this fledgling club. World War II added confusion to the operation of the club, as contact with the British Federation was severely hampered.

Over the years more clubs were formed in the SW Pacific and in 1973 SIGBI held it’s conference in Sydney, allowing many Soroptimists from Australia, New Zealand and Fiji to attend.