Dr. Suzanne Noël a prominent French cosmetic surgeon, was the founding president of the Soroptimist club in Paris in 1924. 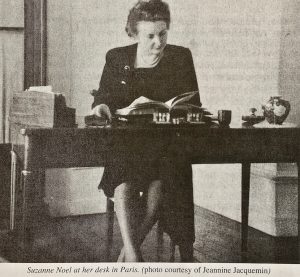 She traveled extensively throughout Europe and Asia using her lecturing series to share the Soroptimist concept and message, founding new clubs in countries that were sorely lacking in recognizing professional women’s contributions to society.

Dr. Noël was the single most important figure in the founding of one of the most prominent women’s organizations in Europe and tending for years to its growth and stability. She set an unrivaled record by establishing a dozen clubs around the world, thus widely spreading the concept of Soroptimist International.

It was therefore fitting that Dr. Noël was elected to be the first President of the European Federation of Soroptimist International in 1930. Her constant dedication to Soroptimist, which she often referred to as her “child,” earned her the designation of “Godmother” of the European Soroptimists. Moreover, it is her work in Soroptimist that helped to define her views from a feminist perspective and where her dedication to the betterment of women can be ultimately understood. 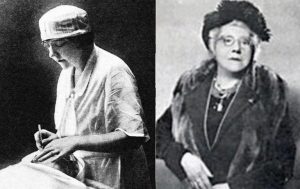 Dr. Noël’s  surgery career constituted only a part of how she assisted women in accomplishing independence. The other part rested in her career as a Soroptimist. She was dedicated to helping women achieve independence through a network of support within a public framework. Suzanne was devoted to keeping women in the workforce for as long as possible and she helped to keep them there, first by enabling them to look youthful and capable of working despite the lack of protection or laws against ageism and second by supporting them personally and professionally through her Soroptimist organization.

During the world economic crisis of 1929 and after, the professional opportunities of women declined. Also the rights and political status of women differed from country to country. Soroptimist clubs could only develop in environments where women could pursue independently a professional career. In many countries women had the right to vote, to study and to teach in universities, but these rights were secured with great difficulties.

It was in this climate that members met in Paris, during the summer of 1934. The presiding Officer at this Convention was Dr Suzanne Noël who welcomed delegates to Paris.

The Paris Convention was to give representatives from Soroptimist member countries the opportunity to discuss the Professional Position of Women in their Countries. A fifteen minute report was presented by each country on the status of women in that country.

As a result of the economic crisis careers which had previously been open to women were now closing. The Road to Equality is a difficult journey and Soroptimists would need to show great determination if they were to hold their place in the business and professional world.

Country after country reported the closing of opportunities for women, the lowering of salaries, and prejudice against married professional women. 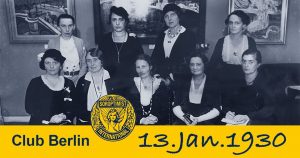 Back to Soroptimist History Page